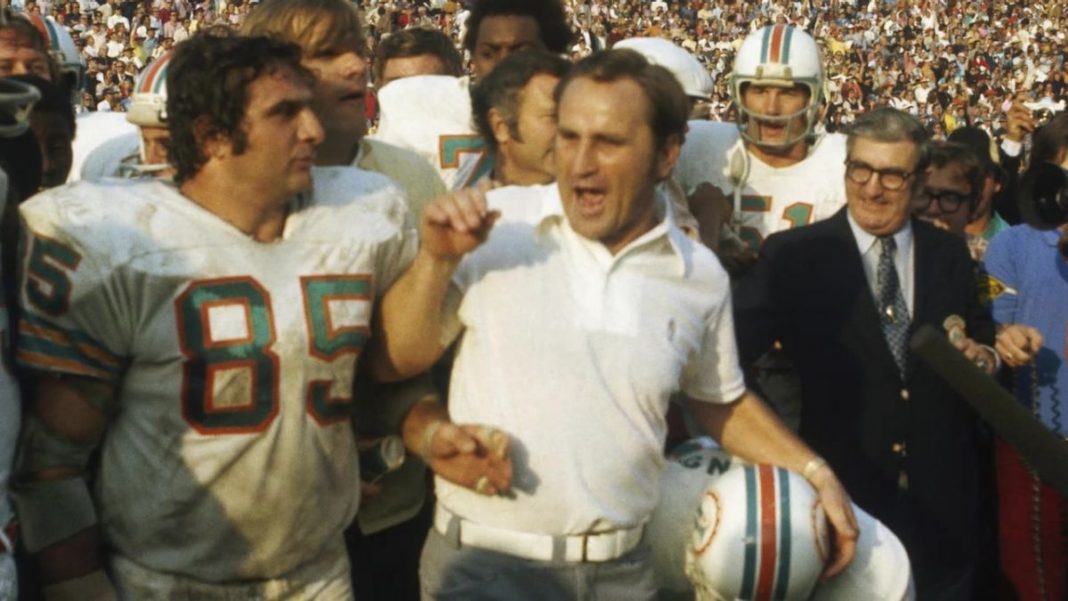 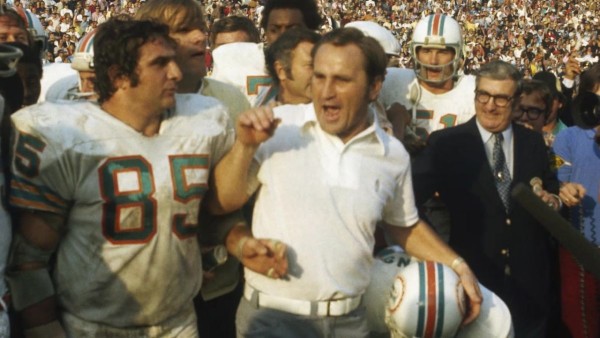 It’s said that when the last undefeated team in the NFL falls, the 1972 Miami Dolphins get together to pop the champagne. Head coach Don Shula, however, may not be partaking in the tradition this season.

“I enjoy watching all the games that I can,” said Shula, whose son, Mike Shula, is the offensive coordinator for the 12-0 Carolina Panthers. “Hopefully, they will be there at the end of the year. That would make me proud. I would be so proud. I would want him to do as good or more; that’s what it’s all about.”

At a banquet honoring the top 50 Dolphins of all time Friday, many of the team’s legends had positive messages for the lone undefeated franchise.

“Obviously, we’re paying a great deal of attention to them—all of us,” said Larry Csonka, fullback of the perfect Dolphins. “It’s kind of a split decision. If it was just the Panthers, of course, I’d be opposed. I wouldn’t want to see them do that. When there’s a Shula with them, that’s a different story. I can’t say I’m pulling against the Panthers. I might not say I’m pulling for them, but I’m certainly not pulling against them. I wish Michael the best, and hopefully, he’ll wait and maybe be a Dolphins coach when he decides to go undefeated.”

Not all of the team is so torn on welcoming some company at the summit, however.

“I’m all for Mike Shula,” said quarterback Bob Griese. “They gotta win what, 7 more games? But it’s like I say every year when the Patriots are undefeated. I’ll be the first guy to pick up the phone and call Tom Brady or Cam Newton and say, ‘hey, welcome to the mountaintop. It was a hell of a thing you just did.’”

Seven is a lot. Especially in the NFL. Hell, one is a lot to ask for in this league. Just ask the 18-0 New England Patriots.

With the Panthers toughest opponent left being the 5-7 New York Giants, nothing is impossible.