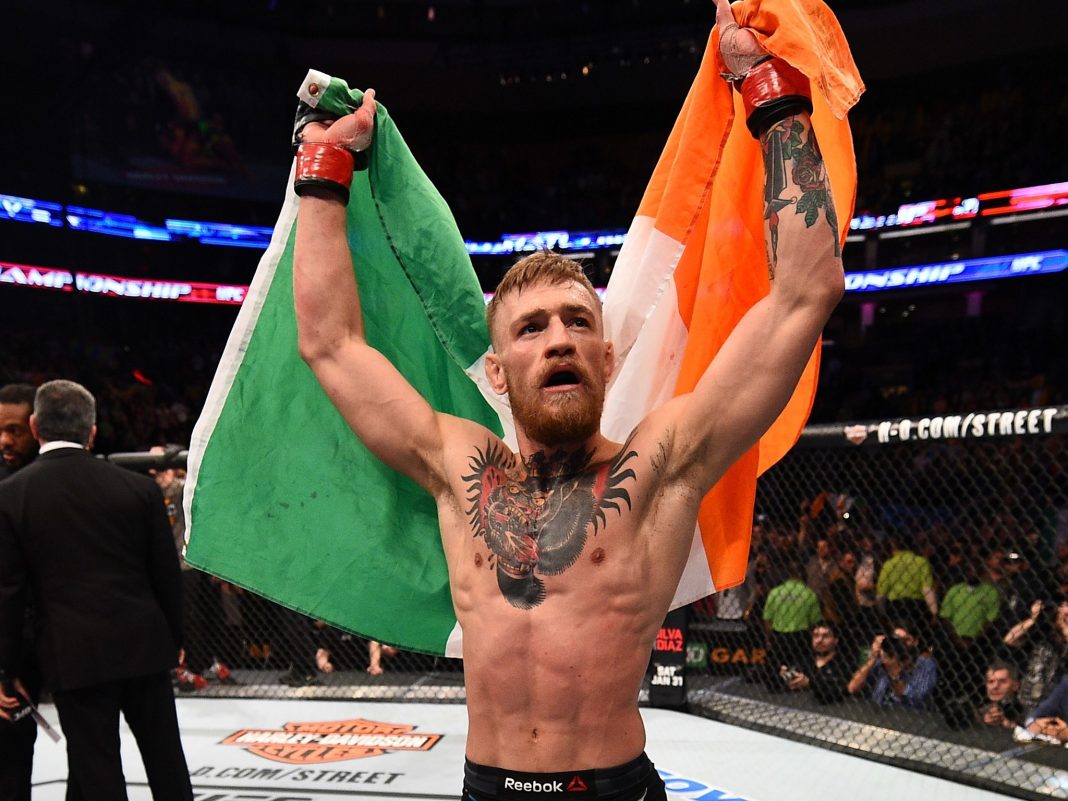 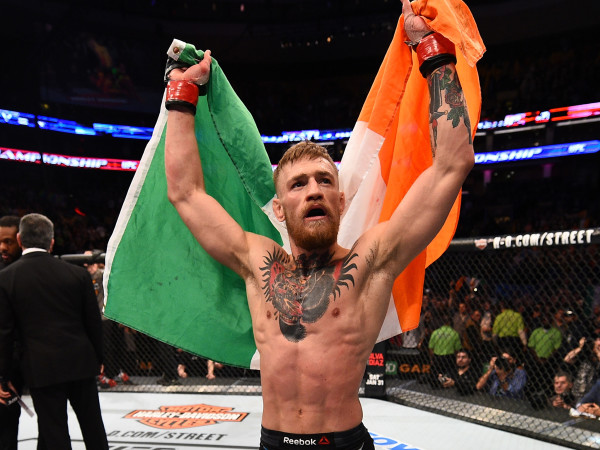 One thing you can’t say about the new UFC Featherweight Champion is that he’s a liar. The man made good on his promise to take over the UFC, a statement he made to his fans back in 2014 after his victory over Diego Brandao in Dublin, Ireland.

McGregor was not kidding. He took Jose Aldo apart in record time at UFC 194, taking the longtime champion’s belt and pride by knocking the Brazilian out in just 13 seconds.

The incredibly quick ending fit McGregor’s rise to fame in the UFC perfectly. The loud and proud Irishman came into the UFC just two years ago, wasting no time hyping himself while backing up all the trash talk that flew from his mouth.

The kid can fight.

The kid can also promote the hell out of a fight.

Dana White’s disappointment over Ronda Rousey‘s loss to Holly Holm should be at least partially erased by McGregor becoming the new featherweight champ. Rousey was a natural draw for the casual sports fan, a woman dominating in a male dominated sport. But if Rousey’s trash talking and cocky attitude measured a ten, then Conor McGregor should register 100 on the same scale.

I know this guy can’t believe some of the stuff that he says, but damn he sure can sell it! He appears to be an out of control maniac that is looking to verbally embarrass his opponent leading up to each fight. Then he proceeds to physically embarrass his rival once the actual fight begins.

Jose Aldo should have been McGregor’s greatest test to date. Yet 13 seconds after the opening bell, McGregor’s legend got multiplied as he stood over a vanquished legend in Aldo.

Aldo was calling for a rematch right after the fight saying that what just happened “was not a fight.” Maybe the rematch happens eventually but make no mistake; this was a fight. Aldo just wound up on the wrong side of the ending, unconscious and no longer the owner of the featherweight title that he has held since 2009 (WEC version later merged into UFC title).

The UFC could not have manufactured a more perfect fighter than McGregor. The guy can sell a fight and back up his talk with an exciting style once inside the cage. The perfect combination.

Any company or individual out there looking to make a splash in a particular industry or small business could look to Conor McGregor for the blueprint on how to stand out. You won’t get noticed by being a nice little wall flower. The way to stand out is to be loud, proud, and cocky as hell.

Of course you have to have the goods to back up the talk. If you’re starting a new tech business, you can’t run around bumping your gums about how great your product is then have no clue about what you’re doing. Starting a plumbing biz with flashy billboard ads won’t work if you can’t fix a toilet properly.

McGregor could have gotten embarrassed by Jose Aldo had the Irishman not been able to back up his smack. That’s the difference between a loudmouth that stays relevant for just a short time versus one that has staying power.

There’s been a lot of cornerbacks in the NFL who talked junk, yet never reached the level of fame to which Deion Sanders rose. Sanders could walk the walk, not just talk the talk.

Muhammad Ali was a notorious trash talker, but was dedicated to his craft first and foremost. Easy to run that mouth, much harder to stay on top of the boxing world for decades.

Doubters of McGregor can no longer accuse him of being all show and no go. He’s taken out one of the greatest champions the UFC has ever seen in Jose Aldo. It remains to be seen if McGregor has the staying power that Aldo had as one of the most enduring champions ever in MMA.

One thing is certain, McGregor, along with the UFC,  is going to make a ton of money as he continues his journey in the fight game. He has officially taken over and now goes from hungry challenger to dominant champion.