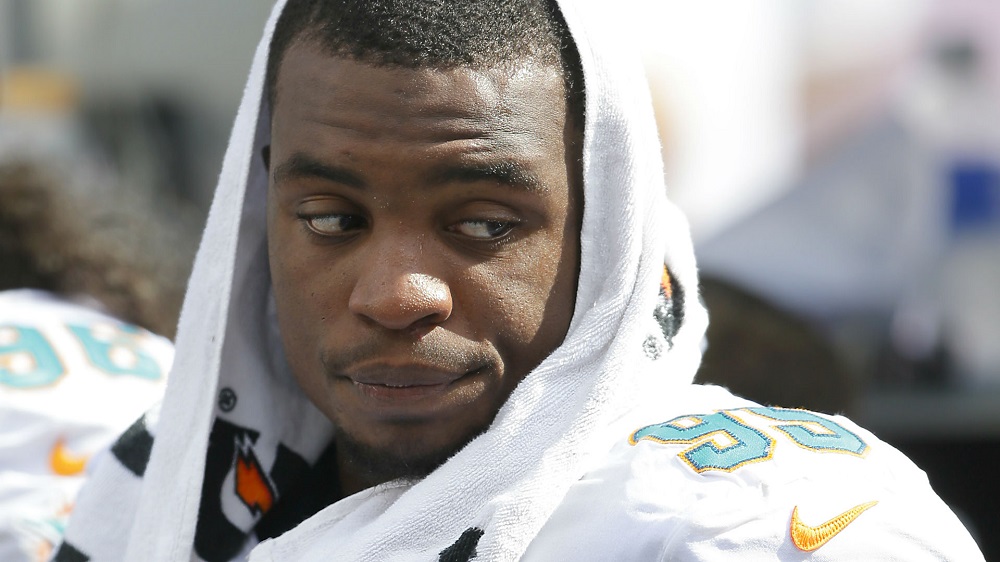 The Miami Dolphins announced Friday that they will waive Dion Jordan after just four seasons with the team. Jordan, who the Dolphins selected third overall in the 2013 NFL Draft, only played 26 games over his four years with the team thanks to a multitude of failed drug tests and some knee issues. The Dolphins clear $3.2 million in cap space by releasing Jordan.

With his three failed drug tests, year-long suspension, and poor on-field performances, Jordan is sure to go down as one of the worst draft picks in Dolphins franchise history—a sad ending to a career in Miami that started with so much potential. Jordan was praised on Draft Day back in 2013 by many NFL experts. NFL analyst Mike Mayock even said Dion has the upside of the great DeMarcus Ware.

“This young man, I think he’s got the potential to be the player that I compare him to, which is Jason Taylor, who ironically played for the Miami Dolphins,” said Mike Mayock. “I also think he looks a little bit like an Aldon Smith, and if he puts on 20 pounds on that 6-foot-7 frame, some day he might be as good as a DeMarcus Ware. He’s got that kind of edge speed.”

Bleacher Report at the time said that “there is no way Jordan will fail to produce in the NFL.”

All credit to Jon Gruden, however, who was extremely skeptical of the selection from the beginning.

“I really like Dion Jordan’s athleticism, but I’m shocked about this pick,” said Gruden. “When I watch Dion Jordan play, Mel [Kiper], I just don’t see him play. And this isn’t any false information. When you watch Oregon play, he doesn’t play against Cal because he’s hurt. But they play almost like hockey. He plays six plays; he’s out six plays. When you watch Dion Jordan play seven snaps in an NFL game, that’ll be the first time you’ve ever seen him do it…He’s a great athlete, but there’s a lot of unknown right now at third overall.”

Of course, it’s hard to say who’s going to make it and who won’t, but Jordan seemed like a sure-fire winner at the time. In honor of his release, here’s his saddest stat from four years in Miami: Jordan was suspended three times for drugs, matching the three sacks he totaled in Miami.