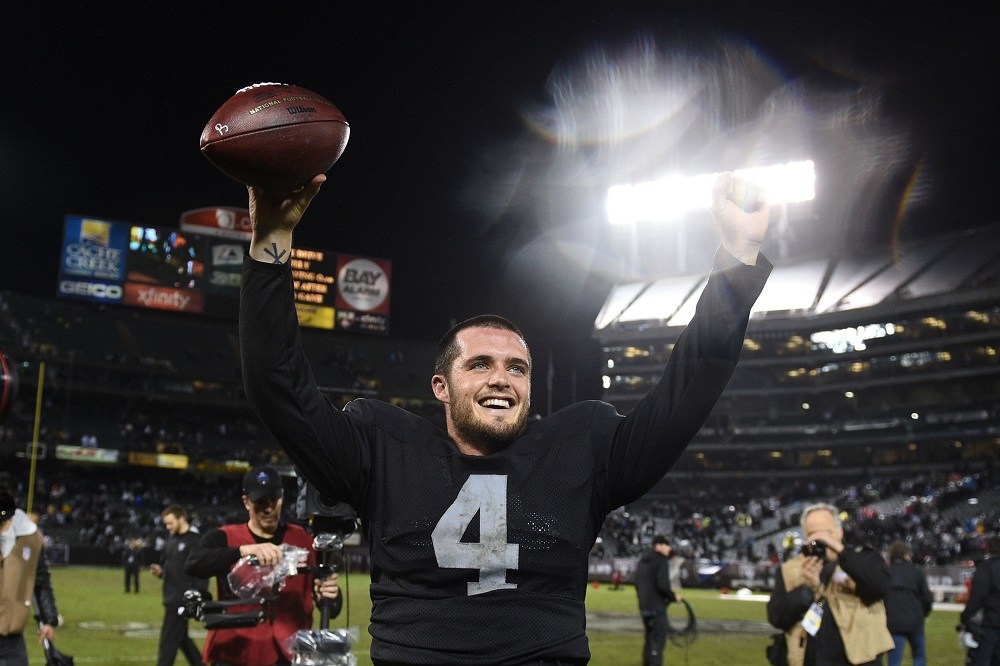 The Oakland Raiders have pulled off some very ugly wins this season, but Sunday’s matchup with the Tampa Bay Buccaneers may just take the cake for the worst win possible.

The Raiders were hit with an NFL-record 23 penalties in their 30-24 overtime victory over the Bucs for an astonishing 200 total yards. 23 PENALTIES. 200 YARDS. AND THEY WON. Oakland broke a three-way tie of 22 penalties in a single game between the 1944 Brooklyn Tigers, the 1944 Chicago Bears, and the 1998 San Francisco 49ers. So yeah, it’s not often that teams rack up that many penalties in one game.

I know it was just the Bucs, but the Raiders just might be the real deal here. They’re a very young team that seems to get better every week. And Derek Carr is one of the few young quarterbacks in the league right now that I feel can rise to MVP status as players like Peyton Manning and Drew Brees move on out.

Carr finished the game with a franchise-record 513 passing yards and four touchdowns, and the team needed every single one of them to avoid a tie. With less than two minutes to go in the overtime period, Carr hit Seth Roberts for a 41-yard touchdown to seal the game and improve to 6-2 with a 5-0 road record.

Head coach Jack Del Rio also deserves some credit for keeping his offense on the field on that fourth-and-four play from just beyond midfield. Much like his two-point conversion at the end of the game against the New Orleans Saints Week One, Del Rio’s gamble paid off again.

“It’s always great when you trust, and that trust is rewarded,” said Del Rio after the game. “That builds confidence, and we’ll continue to grow as a football team. Our quarterback made a ton of plays today. He really did.”

Of course, Del Rio shouldn’t celebrate too much because he needs to address the 23 PENALTIES his team racked up over the course of the game.