Home All News Should NFL consider changing the tie rule? 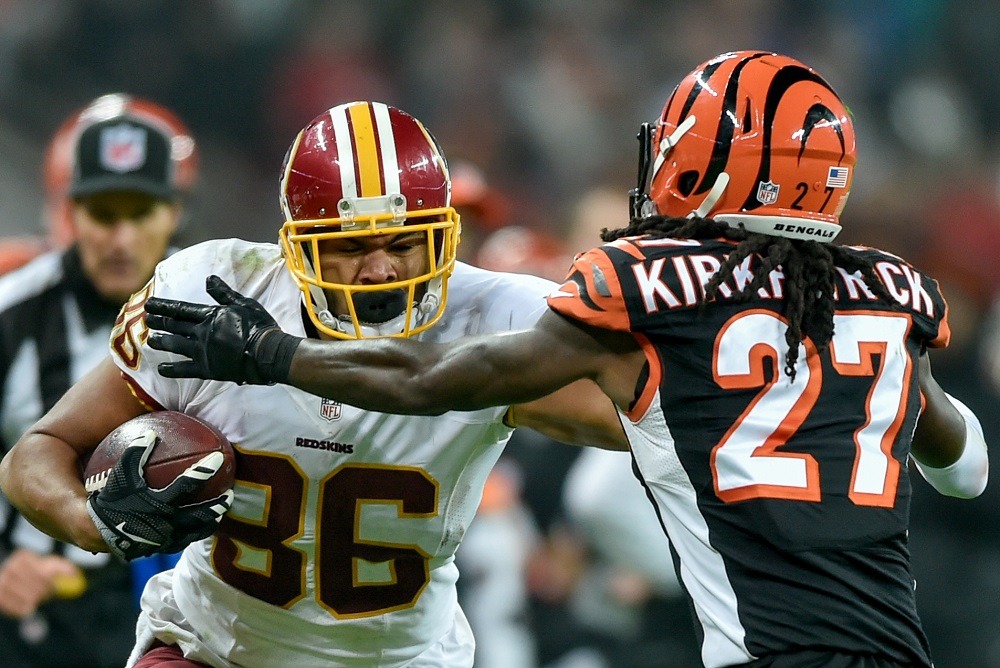 Two Ties in Two Weeks: Should the NFL Consider Changing the Tie Rule?

Last week, in the game of the year, the Seattle Seahawks and Arizona Cardinals heated divisional rivalry game ended in a 6-6 tie. That game reminded all of us that the tie is in the rulebook, for better or worse.

Now, in NFL Week Eight, we sat through another tie. The Washington Redskins and Cincinnati Bengals duked it out in London this morning, and the game went into overtime. I don’t know about you, but for me, the game was on FOX, and the overtime period delayed the broadcasting of the noon matchups. So I’m stuck watching the end of this game, and it just won’t end. Much like the Cardinals and Seahawks, the kickers for the Bengals and Redskins couldn’t hit anything.

So, here we are again. Another tie.

“I don’t know how to react,” said Redskins head coach Jay Gruden after the game. “I didn’t know it was possible to tie. There was a tie last week, and I was like ‘how the heck did they tie?’”

Former Philadelphia Eagles quarterback Donovan McNabb had a similar reaction back in 2008 when his team tied with the Bengals. McNabb noted at the time that he didn’t even realize that a tie was in the rulebook.

So what is to be done? Ties certainly aren’t an epidemic (although we did come within two minutes of another one in the Oakland Raiders Tampa Bay Buccaneers game Sunday as well), but two of them in two weeks is enough to cause an uproar amongst fans and get something changed.

I have no doubt that after these two ties (barring any other potential ties in the last nine weeks of the season) the owners and the league officials will be discussing the overtime rules in the offseason.

To refresh everyone’s memory (since apparently, these rules are extremely important again this season), the NFL’s overtime is a single 15-minute period. A coin flip determines possession, and then if the first team to get the ball scores a touchdown, the game is over. However, if the first team manages only a field goal, the other team gets the ball. A touchdown wins, a field goal ties it up. If both teams score a field goal, it goes to next score wins. If the 15-minute period ends, then it’s a tie.

College football is a lot smoother (and makes a lot more sense for that matter). Their overtime rules are simple. No game clock. Both teams get the ball once per overtime period. If the game is tied after both teams have the ball once, it goes to the next OT. If one team scores and the other doesn’t, then it’s over.

Simple. One team wins, one team loses. You know the way sports work.

I like the college system, but I think the NFL should do it a little differently. Instead of giving teams the ball 25-yards into the opponent’s territory, the big league teams should do kickoffs like any other possession. Give the special teams a chance to make or break the game as well deep into the game.

Some people say that the tie rule is appropriate because neither team deserves a win if they can’t score at all in overtime. But they’re wrong. Please change this rule.