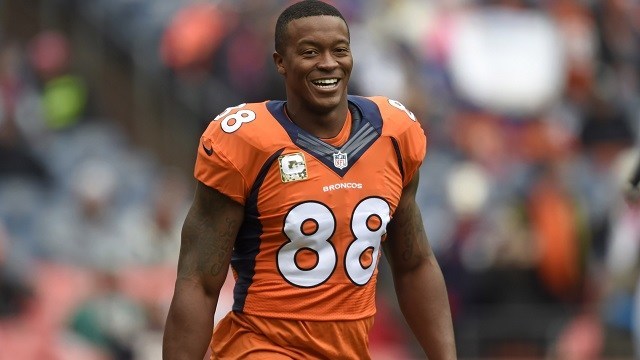 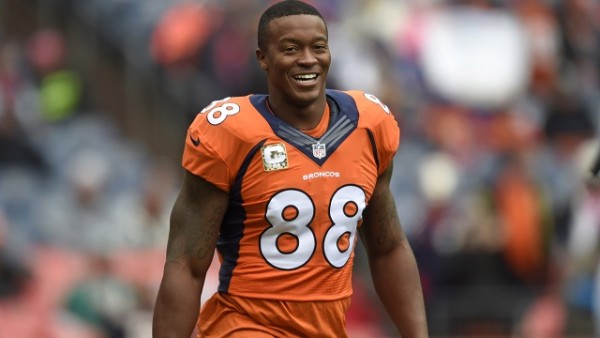 The Denver Broncos Pro Bowl wide receiver and favorite target of quarterback Peyton Manning had a pretty grueling offseason waiting for a deal after being slapped with a franchise tag. And it sure took a while—negotiations went down to the wire, but both sides finally came to an agreement just before the 4 p.m. ET deadline Wednesday.

Five-years, $70 million. The mega deal that both Thomas and Dallas Cowboys wide receiver Dez Bryant were looking for. Sure, it took forever; but Thomas and Bryant’s struggle will make life a whole lot easier for other receivers on the lookout for monster deals in the near future.

“Thank you,” texted Cincinnati Bengals superstar A.J. Green to Thomas after news of the deal broke. Green, who is now on the last year of his current deal with the Bengals, is in the same boat as Atlanta Falcons star Julio Jones, and you know both will have a much easier time with negotiations now that the price of a superstar wide receiver has been set.

And well $70 million is great, Thomas’s week would only get better from there. Remember how President Barack Obama granted commutations to 46 felons recently? Well apparently it was just Thomas’s week—one of those prisoners was his mother, Katina Smith.

“I just had two things happening in one week and it’s just amazing,” said Demaryius in the understatement of the month.

On November 15, the Broncos host the Kansas City Chiefs; and Katina will have the first opportunity to see her son play football in person. You know, the one who just signed a $70 million contract?

Thomas’s mother was serving a sentence of over 20 years for drug-related charges along with her mom, Thomas’s grandmother, who received 40 years on similar charges.

“I talk to my mom on the phone every morning of every game,” said Thomas. “But it’s still strange to me: I’ve got fans in prison because of my mom and my granny.”

I mean, fans are fans. The D. Thomas Fan Club would get together to watch the Bronco games every Sunday with the number 88 written on the front of their shirts.

Demaryius Thomas. The winner of July 2015.