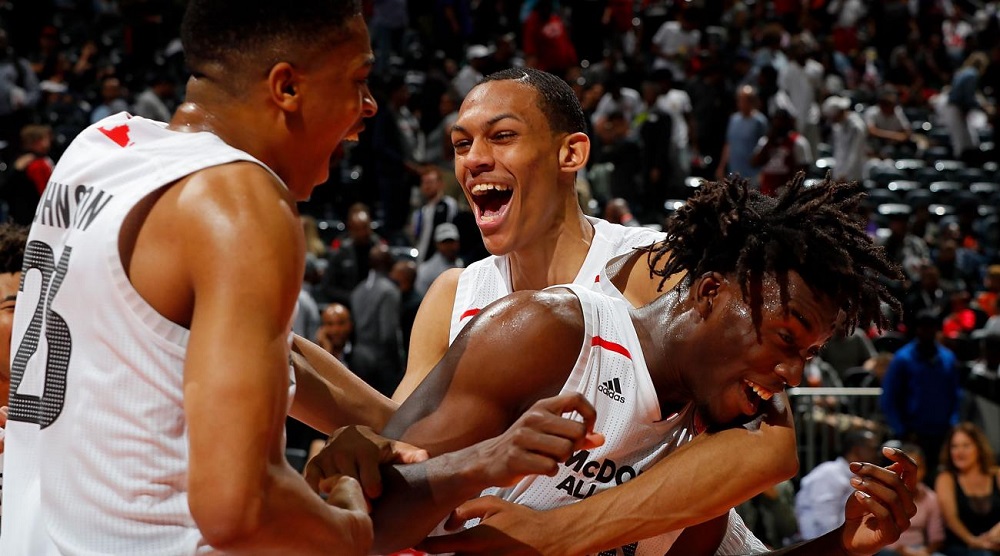 As the FBI investigation into college basketball began to turn up arrests and topple basketball programs around the country, the NBA and its players began to question how much value the NCAA and its strict rules actually provide to these young kids. Is there a better way to develop them? Possibly through allowing the NBA to draft directly out of high school or encouraging top recruits to join the NBA G League out of college?

Well, when commissioner Adam Silver and star athletes like LeBron James started the conversation about a month or so back, Darius Bazley must have been listening: the five-star prospect decided to uncommit from Syracuse and join the NBA’s G League next season in hopes of starting a “trend” that will benefit others as well.

“This is going to happen down the road and become more common,” said Bazley. “But someone has to start the fire—and I believe I’m going to do that, and it’s very important to me.”

Bazley, a 6’9 forward from Cincinnati, is widely considered one of the top ten recruits in the nation for his class. Bazley insists that plenty of talent has come out of the G League, although most players who skipped college and went on to have a notable NBA career went overseas instead of to the developmental league.

“There have been a lot of successful guys who have been brought up in the G League, and I’m confident that I will be one of them,” continued Bazley. “I’m aware that this might start a trend and that’s one of the reasons why I am doing this…Whenever I’m at basketball camps, I never hear any discussion about going from high school to the G League. But I believe now, there will be discussion about it.”

Although NBA G League teams work very similarly to Minor League Baseball teams (where the franchises are owned or, in many cases, co-owned by NBA teams), Bazley will not be “called up” to the big leagues during the 2018-2019 season. G League players can be called up to the NBA only after they have declared for the NBA Draft. As it stands right now, Bazley doesn’t qualify as draft-eligible (must be at least 19 and one year removed from high school), so he will need to play out the coming season in the Gatorade League.

Hey, no different than college, right? Well, there are a few major “benefits” to the G League. For starters, Bazley will be paid right out of high school. Granted, G League players only bring home around $25,000 a year, which isn’t much and absolutely nothing by professional basketball standards, but it will help pay the bills.

On top of the small salary, Bazley will have the opportunity to sign endorsement deals right away, start working with a professional agent, and a boat-load of other benefits which the NCAA doesn’t allow for their players.

And, hey, he won’t have to go to class, which is a real plus for him in terms of time management.

“Not only are you getting paid to play the sport you love, but you’re getting the development that you need and want. You don’t have to worry about going to class, and don’t get me wrong, education is important, and I’m going to still take classes at my own pace. But I’ll be around NBA games, focus on my body and focus on my development 24/7, without having to worry about anything else. This is strictly basketball. That’s what I want.”

Class is 100 percent important. Education is invaluable. But what’s the point in sending these kids to college for a year while all they’re focusing on is making it into the NBA? Are they really getting that much out of one year of core curriculum classes? I sure as hell didn’t.