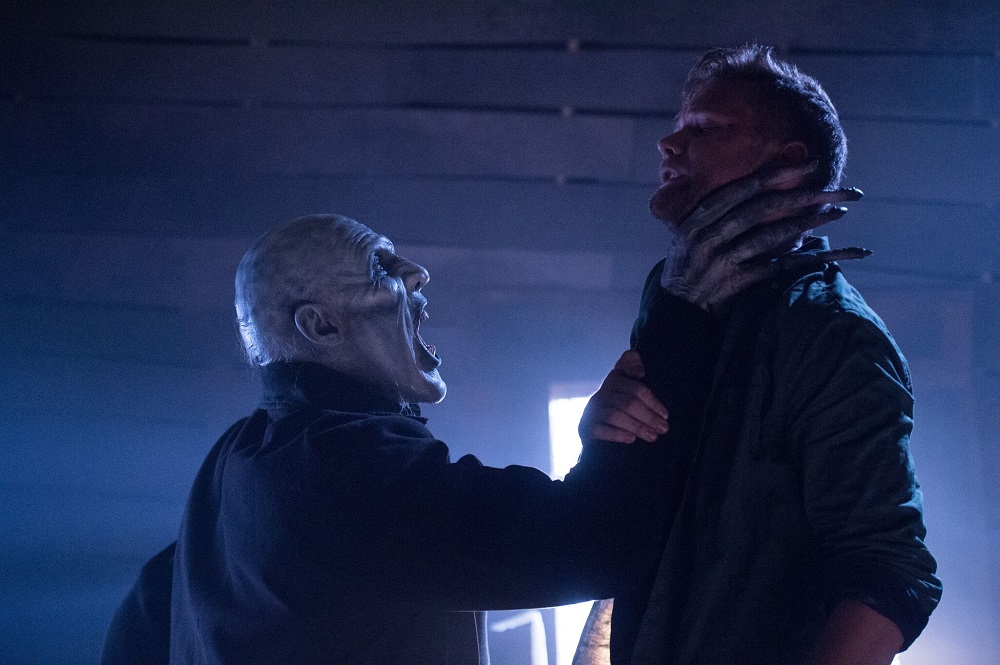 The horror genre is currently thriving in a well-deserved renaissance in Hollywood. With recent cinematic scare-fests like The Babadook, It Follows, The Conjuring, The Neon Demon, and Crimson Peak, it seems as though the seemingly obsolete genre has suddenly been injected with new life. Therefore, it also ups the ante for horror films to come. There are many ways that you can go about doing that—scares, campy fun, gore, visual style, etc. However, if you decide to simply stick to well-known genre tropes while also adding in a TV-level budget, that’s a recipe for failure. And that’s exactly what The Crooked Man does.

When a group of young girls sing a ghostly song during a birthday party, they summon the creature known as The Crooked Man. The lights go out; high-pitched screams echo through the house, and one of the girls is brutally murdered. But Olivia Shaw (Angelique Rivera), who was there when the victim died, is found at the scene holding a bloody knife. Six years later, we meet back up with the protagonist after she’s released from a long stay at a mental institution. Not only is Olivia terrified that the demon creature will return, the townspeople have nothing but hatred for the supposedly guilty teenager. As Olivia begins to adjust back to her normal life, murders that resemble the first killing by The Crooked Man suddenly return to the area. She teams up with her childhood friend, Noah Palmer (Cameron Jebo), to take down the demonic killer once and for all.

During this film’s unbelievably dull sub 90-minute runtime, it was impossible for me to tell if it was actually aware that it was an extremely low-budget TV movie. That was probably the worst part of it; if you are stuck with little to work with, show that you are all right with that. Don’t set out to make a simple slasher film but present as something that we’re supposed to get really invested in. That just won’t fly. So for the viewer, you are then forced to look for other aspects of the film that could salvage it. Sadly, this one offers nothing of value besides a few derivative attempts a jump scares. 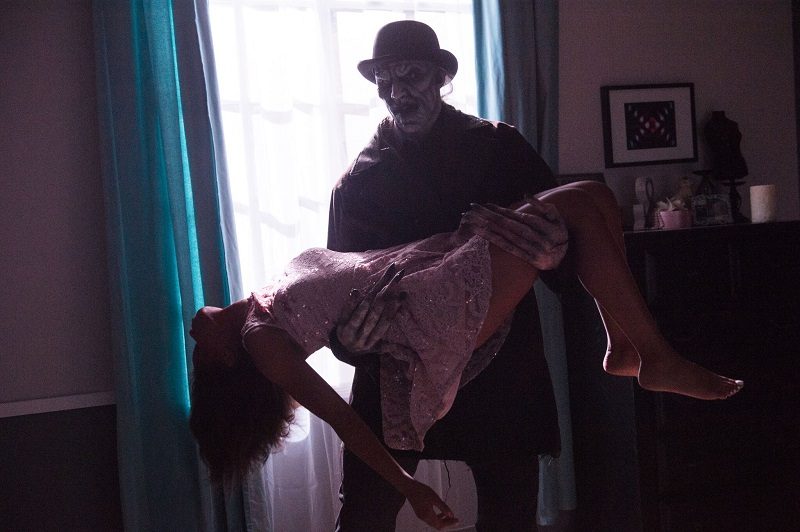 Starting with The Crooked Man himself, there’s little to nothing original about this guy. If you can imagine Freddy Krueger’s iconic bowler cap and long fingers from The Nightmare on Elm Street blended with the creepy shapeshifting ability of the demon from the stellar Ash vs. Evil Dead series, you know what The Crooked Man probably looks like. His look is not only a boring visual, it also lacks any sense of logic. He’s suddenly able to change shape, appearing as though he’s some sort of phantom creature, but then he is quickly able to reach out and physically grab people. You don’t get why the The Crooked Man is able to kill the way he does, nor do you feel any inclination to find out why.

I don’t mean to compare it to horror classics because this film is not trying to be that, but in something like John Carpenter’s Halloween, you at least get a sense of why Michael Myers does what he does. But in this, there’s none of that. Instead, we are told that The Crooked Man is “probably” from some tribal ritual. Nope, sorry, that’s not enough for me. One of the reasons that makes slasher films interesting is having a compelling killer, so no dice for The Crooked Man.

I won’t go into the acting because rarely does a TV movie ever offer more than just what’s necessary to carry the story. But the script is equally as mediocre because it never gives us the motivations of any of the characters. We don’t understand why the townspeople hate Olivia so much, nor can we wrap our heads around the reasoning for characters’ actions. And there’s no sense of chemistry between Olivia and her friends or family, which makes it even harder to actually feel for them. Therefore, what we’re left with is just a run-of-the-mill horror tale that never feels the need to do anything with its decent material. It just so badly wants to create an iconic new slasher character with The Crooked Man, but it never quite can. Don’t get me wrong; the character has some potential, it just never does anything with it. 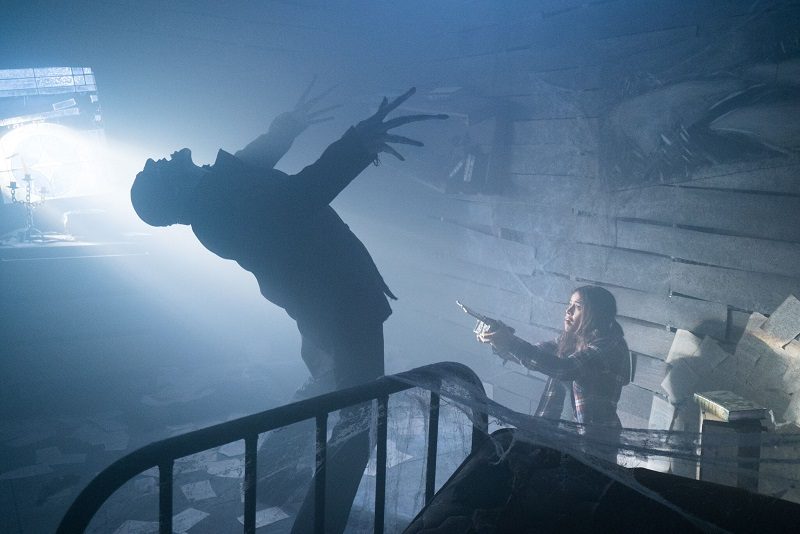 While I am usually the type of guy who loves to support the little guy and the under-appreciated, I couldn’t do it with this one. Because it lacked scares, laughs and thrills, it just played as a very dull amusement park ride for me. None of the cast seems that invested in telling this story, either, so nothing felt like it had any passion behind it. And before you write me off as a horror hater, I really do enjoy this genre. Like I previously mentioned, both film and television have seen a major influx of solid horror material. And simply because The Crooked Man is a TV movie doesn’t mean it can’t at least offer something to latch onto.

Now, I wouldn’t be surprised if some horror lovers will find something in this film to have fun with. But my guess is that those who actually get scared from watching this film will probably be just as unaware as the children who summon up The Crooked Man seem to be. However, time is the great thickener of things, so it’s possible that this one could go on to achieve a low level of cult status. But all I know is that that honor will be up to you to award. I’ll cash out now.

The Crooked Man kicks off Syfy’s 31 Days of Halloween on Oct 1 at 9/8 CT. AMC used to do this, but the mantle has moved over to Syfy and sadly it’s a very weak start. We can only hope there’s much better horror movies than The Crooked Man during this run or October will be a very long month on Syfy.