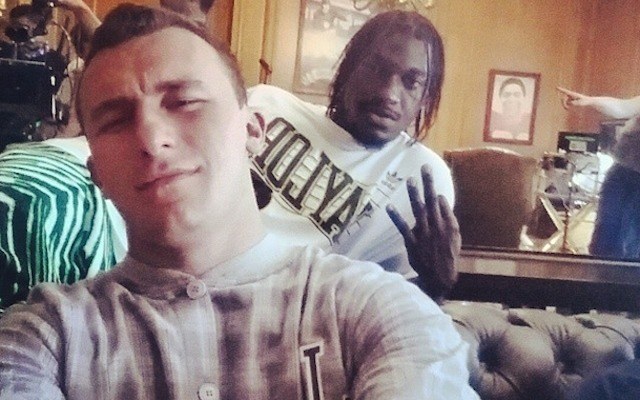 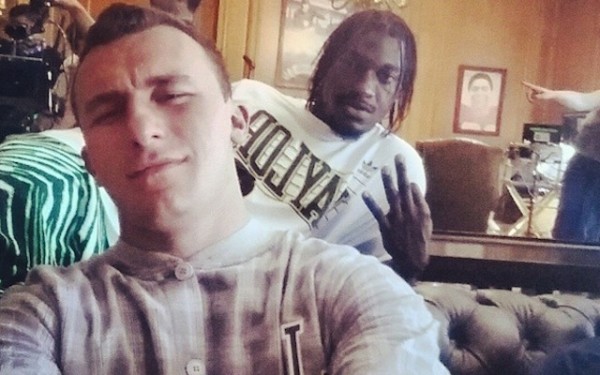 In the real world rarely do we get a second chance at great opportunities in life. In the NFL, that’s not the case. If you were a quarterback that had an impressive college career then second chances turn into third and fourth chances in the pros.

If you happened to win a Heisman Trophy, then you can find half the League willing to take a look at you since most coaches believe they can fix whatever issues you’ve had with the team that drafted you.

It looks like Robert Griffin III and Johnny Manziel fit that bill as both should be available in the offseason. Manziel could be traded for while RG3 is likely to be dropped since a more suitable backup in Washington can be found at a discounted price tag.

Where they both land remains to be seen but a shiny new stadium in Texas looks appealing from both sides of the negotiation table.

The Dallas Cowboys have always been willing to look at free agents and castoffs that other teams either couldn’t control or fit into their system. Jerry Jones’ signing of Greg Hardy in 2015 showed just how far he was willing to go in order to get back to a Super Bowl, a place his team hasn’t seen in 20 years.

Jones loves to talk, so it’s no surprise he has kept Manziel connected to his Cowboys ever since the 2014 draft. Jones has also bragged on RG3 in the past, back before Griffin became a turnover factory of futility and labeled a diva by many of his peers.

With Tony Romo going down with a broken collar bone not once but twice last year, it is obvious Dallas needs a better option at backup QB. The average Joes that the Boys used in 2015 passed the team into the ground as they won just one game with Romo on the sideline.

Whether RG3 or Johnny Football are in fact, a better option remains to be seen.

Griffin was replaced and out shined by Kirk Cousins while Manziel has done everything possible off the field to embarrass himself and his Browns in 2015.

Manziel’s latest feat of stupidity happened the night before Cleveland’s season finale when he went incognito with a ridiculous disguise to a casino while he should have been home recovering from a “concussion.” This little stunt showed blatant disregard for his team and the fans that saw both the head coach and the GM get canned not long after the regular season ended.

Manziel isn’t exactly a franchise savior. Or hasn’t shown any evidence that he can be as of yet.

While it’s true some guys can benefit from a change in scenery; it’s a big leap of faith to think Robert Griffin III would be of help to Dallas in the long run. Manziel, with all his warts, still has more upside than Griffin, who has a bigger sample size to evaluate with one more year’s NFL experience than J-Football.

Neither guy would be a replacement for Tony Romo of course. Romo has been as good as any regular season QB in the NFL during his prime. His only crime is failing to get Dallas a trip to the Super Bowl. Any passer brought in this offseason will be QB2 with the possibility of taking over when Romo does start a decline or is consistently hurt just like we saw in 2015.

Griffin would be more accepting of a backup role than Manziel since the Redskins’ former #1 pick has seen more of the bench than the field the past couple years. Manziel sees himself as a starter despite the fact that he apparently prepares for games like a third stringer with a gambling problem.

Time will tell how all this plays out for what used to be “America’s team.” The Cowboys are more “Drama’s Team” than the favorite of the average American nowadays.

At least this offseason we will have plenty to talk about, and maybe Dallas signs both RG3 and Manziel. They could even fire Jason Garrett since Sean Payton is on the market.

Mix in Greg Hardy being a powder keg of rage, the Cowboys should consider a reality show in the summer should they land these two leftover QBs.

Weekly video of their off the field exploits would be more entertaining than what all three displayed on the field last year.