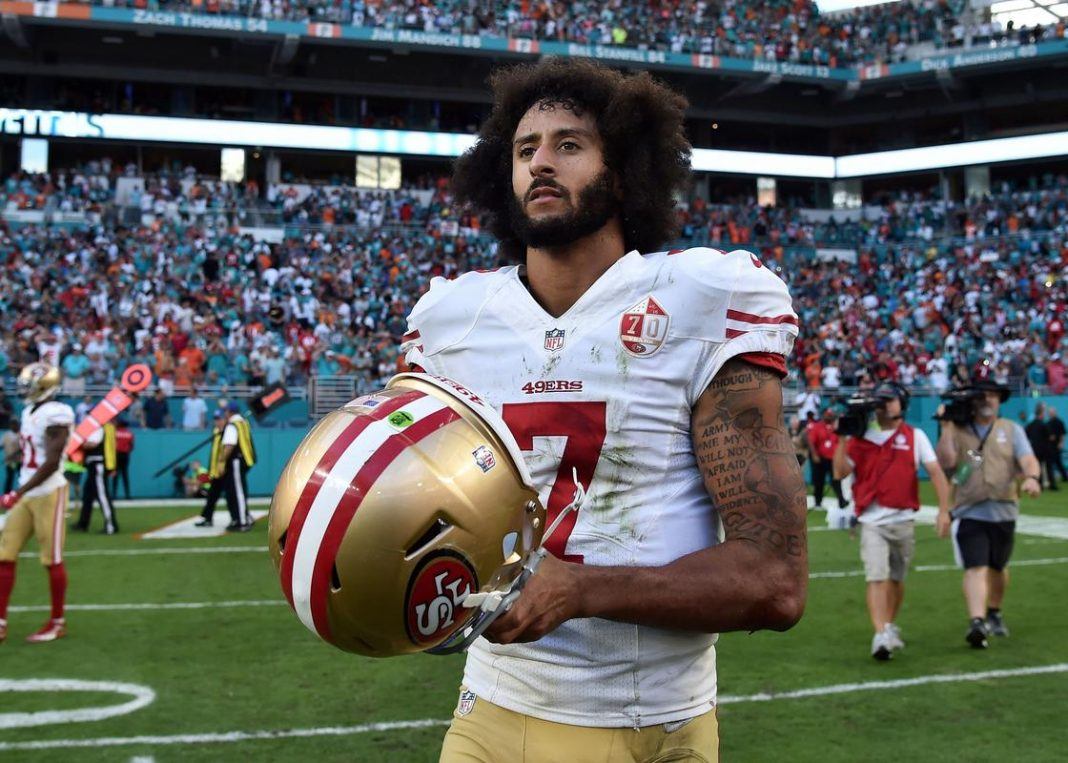 Former San Francisco 49ers quarterback Colin Kaepernick is still looking for work. The starting QB of Super Bowl XLVII hasn’t had much luck finding employment since parting ways with the Niners after the 2016 NFL season, much to do with his kneeling during the national anthem before games.

Kaepernick is so alienated at this point that there haven’t even been many rumors swirling about teams considering him. And then, suddenly, a gleam of hope—the Seattle Seahawks were considering bringing in their former NFC West division rival.

Unfortunately for Kaepernick, he won’t be getting the job. The Seahawks have Russell Wilson, so they don’t have much use for him. And, as head coach Pete Carroll points out, Kaepernick is overqualified to play backup.

“Colin’s been a fantastic football player, and he’s going to continue to be,” said Carroll. “At this time, we didn’t do anything with it, but we know where he is and who he is, and we had a chance to understand him much more so. He’s a starter in this league. And we have a starter. But he’s a starter in this league, and I can’t imagine that someone won’t give him a chance to play.”

So, despite more than half the teams in the league needing a better quarterback, Kaepernick is still unemployed. Yet, Carroll still insists that Colin is a starter. So, if he’s a starter, teams need a starter, and he still doesn’t have a job, it has to be the anthem stuff, right?

“I don’t know that,” said Carroll. “Let’s wait and see. There are some other guys still out, too.”

So, will Kaepernick find a team?

“That’s not my issue,” continued Carroll. “The doors are always open to opportunities. We’re just going to try to do the best we can for our guys whenever the opportunity presents itself, and we’ll see. But as of right now, we know what we’re doing.”

So, yeah, it won’t be the Seahawks apparently. At least not in 2017. At this point, it seems like everyone has their quarterback on the roster (even if half of them suck), so I’m not overly sure that Kaepernick will have a chance to hit the field again, barring injury, in 2017. Which, if Johnny Manziel’s fate draws any similarities, could mean Kaepernick will never play another down in the NFL.

Whether Kaep is actually overqualified for the backup slot with the Seahawks or not doesn’t really matter. What matters is he still hasn’t been able to find a team willing to take on the negative publicity which may follow him. Nonetheless, players like Seahawks quarterback Russell Wilson still stand up for their colleague.

“I haven’t had the chance to be around Colin too much, but the times I have, he’s been great,” said Wilson. “He’s obviously, first of all, a really, really good football player. He’s made a lot of good plays in a lot of big games and done a lot of good things. So I have tons of respect for him in that way. And then in terms of everything else he stood for too, I think that he was trying to stand for the right things. He was trying to stand for equality. And so I respect that too.”

While the sentiment is nice, Wilson sweet-talking Kaepernick doesn’t help the controversial QB find a job. Carroll had similarly kind words for Kaep, but what the man really wants is a new team.

“He’s a great kid,” said Carroll. “He communicates well. He’s got a big world that he’s living in. He’s an NFL quarterback. He has other issues that he’s concerned about. He’s capable of being a championship guy. He’s demonstrated that over the years. He’s been up and down in his career some, but he’s shown enough upside that he can do that. I thought he presented himself really well.”

His former teammates seem to understand this best.

“It’s frustrating,” said Niners linebacker Eli Harold. “It’s frustrating for me because I really think it has everything to do with the protest that he did. Some general managers and owners are scared to touch him simply because they’re scared to lose revenue, money.”

As I’ve explained in the past, the NFL is still a business, and the bottom line is, Kaepernick isn’t good enough to take a risk on. If Colin could go under center and lead a team like the Cleveland Browns to the playoffs his first year, then no team would have a problem pulling the trigger on him. Fans would get over the protests very quickly if a guy like Cam Newton did it, simply because he wins.

Sure, you’d have to be blind to say that the kneeling doesn’t play a part in his inability to find a job, but his uncertainty on the field is certainly a contributor.