Home All News Movie News ‘Coco’ is not a ripoff, is it? 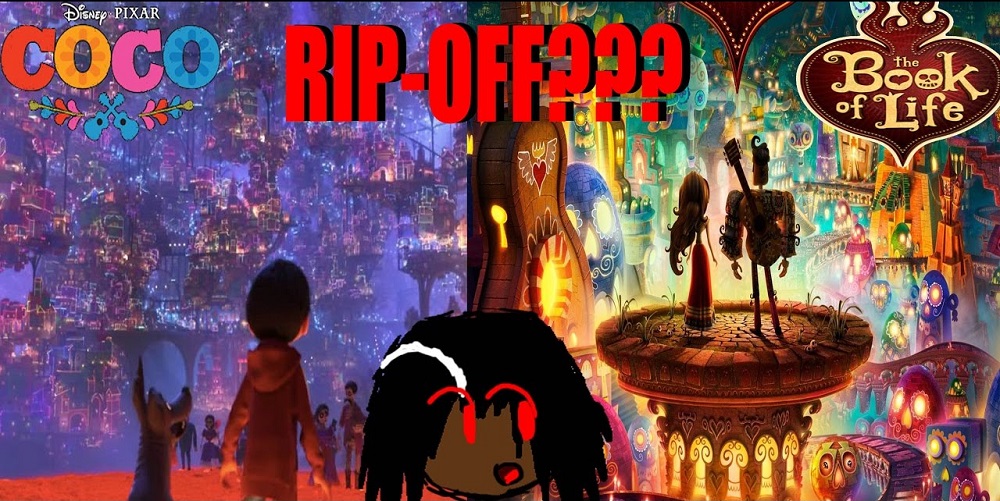 It’s been a while since I’ve seen Coco last holiday season. I’m finally back from the Land of writer’s block to share some thoughts. If you haven’t seen this film yet, please do if it’s still running near you, or stream it when it becomes available. It’s a work of art, it’s profound and stop saying it’s just another cartoon for kids. I mentioned before that few films can get me emotional and this film had me fighting back tears in its last few minutes.

However, many people see Coco as a copy of, or can’t help but compare it to the 2014 film The Book of Life because of several similarities. The Book of Life is another animated film with similar themes, most notably the Mexican holiday of Dio de los Muertos (The Day of the Dead). The film’s animation is more stylized but just as colorful and just as musical. The Book of Life is just as entertaining but Coco will pull at your heart strings. So let’s discuss the similarities between Coco and The Book of Life.  Spoiler alert for those who haven’t seen both films yet.

Coco is not your typical Pixar flick where anything Pixar is rarely typical. It’s perhaps the saddest Pixar film I’ve seen since Inside Out. It’s rife with familial conflict that extends into the afterlife but is tempered with genuine love between the characters. As per the concept of immortality, this film gives more emphasis on being remembered or forgotten in the land of the living as opposed to how it’s shown in The Book of Life, and moves the story along and drives the conflict between the heroes and the villain. Coco is also surprisingly devoid of white stereotypes as the settings are highly localized and steeped in Mexican culture which is both eye-opening and educational. Coco is certainly not a ripoff. Just a victim of many coincidences or perhaps just giving some homages to another good film. Check out Coco here and The Book of Life here to make up your own mind.