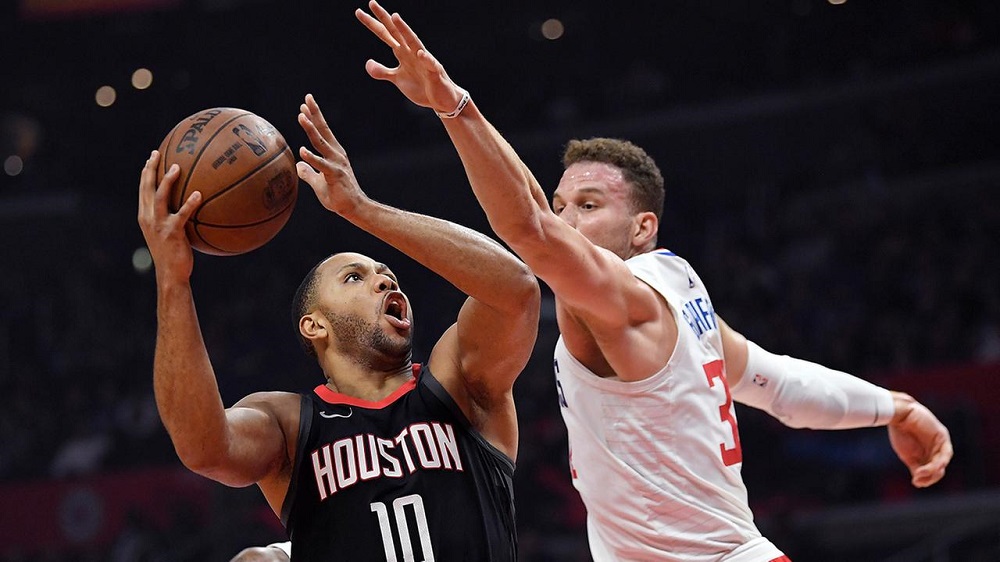 Chris Paul has always been known as one of the most competitive players in the NBA. Of course, in any professional sport, everyone is competitive, but there are always a few that stand out (such as Jim Harbaugh in football). That’s CP3. Always giving 100 percent to win.

His father likes to tell his teammates a story about when Chris was little. His older brother came in and dunked on him. Little Chris tried to block it, but he just wasn’t big enough at about three years old. So, after falling hard to the ground, Chris got up and socked his older brother right in the nose.

“That right there told me everything I need to know about him,” said Phoenix Suns center Tyson Chandler, who was teammates with CP3 during his New Orleans Hornets days. “That’s who he is. That’s the make-up.”

That competitive nature is Chris Paul. And it has always been that way.

Even when Paul was about 7 or 8, others took notice. P.J. Tucker, who turned down more money from the Toronto Raptors to join Paul on the Houston Rockets, first noticed Paul not because he was any better than anyone else at the time, but because he was scrappy and refused to lose.

“He used to get in the game and was so little, just this fiery little guy that didn’t back down, always getting into scuffles and fights with people,” said Tucker. “You could just tell back then that he just had that ‘it,’ that he wasn’t going to back down from anybody—just laid it all out all the time.”

Paul’s attitude has been known to alienate some teammates, however. With the Los Angeles Clippers, different players responded differently to Chris Paul and his leadership style. Paul is very in-your-face. He’s not afraid to let you know when you’ve made a mistake, and he won’t be happy about it.

Paul doesn’t understand that not everyone is on his level. He’s never quite understood that his passion for the game outweighs a lot of others’.

“You’ve got to understand that not everybody is going to be as passionate as you are,” said Los Angeles Clippers guard Austin Rivers, who was teammates with Paul during his time in L.A. “Chris is just like, ‘I do not understand how someone could not want to win,’ or ‘I don’t understand how someone could not love the game.’ He just doesn’t understand that there are one or two or three guys on each team that love the game, but they don’t love it. They play because they enjoy playing and they’re talented—6’8, 40-inch verticals. Chris is one of those guys who is just like, ‘I don’t understand.’ That’s just how he is. He’s one way…And I don’t mean this as a dis. I mean this as a compliment.”

But, Paul has gotten better over the years. Back in his early days with the Hornets, Paul was nearly uncontrollable. Over his time in New Orleans and then his days with the Clippers, his coaches have been able to calm him down in some respects.

“I was probably bats–t crazy when I was in New Orleans,” said Paul. “I know I was. I remember [former Hornets assistant coach] Darrell Walker had a talk with me after one the games. I look at some of the clips from then, and I was just crazy.”

And while some players, such as DeAndre Jordan with the Clippers, respond well to Paul, his style of play, and his leadership style, some, such as (rumor has it) Blake Griffin).

“There may be times where we cuss at each other, we go at each other, we have an argument, but we’re both arguing for the same thing,” said Jordan, who still talks to Paul several times a week. “We’re arguing for the greater cause. That’s to win a basketball game, that’s to win a championship. Well, that was to win a basketball game, that was to win a championship. And it was all good. I knew whatever I said to him and whatever he said to me was not personal. It was us trying to win a game. I can’t speak for anybody else, but for me, I was fine with it.”

Paul and Griffin never had any real reported issues off the court. They didn’t hate each other’s guts. They even played cards on team flights. But Griffin’s cool, calm, and collected style of play and game management didn’t always mesh well with Paul’s fire on the court.

Now, with the Rockets, Paul continues to light it up alongside fellow superstar James Harden. Do they have a championship run in them? Can Paul help lead them further? Will they stick together for long? These are all the questions that need to be answered soon.