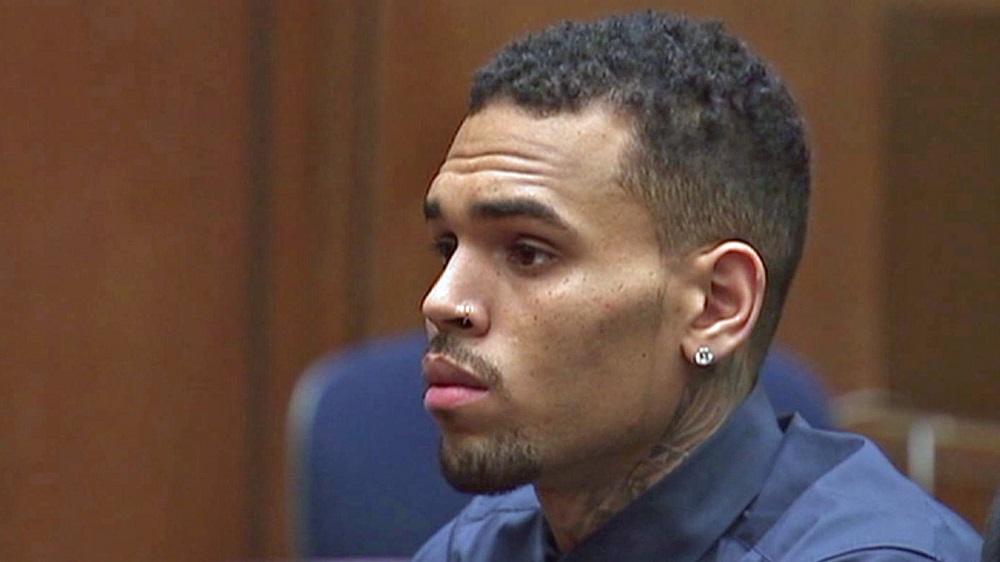 Chris Brown seems to have his name more times in the press for legal issues it seems. He’s had one scrape after another, but it seems he’s been able to circumvent any real problems.

This time, it might be different, but Brown is saying that he’s the victim this time around.

Following a bizarre, hourslong standoff with police, the “Deuces” and “Look At Me Now” singer was arrested Tuesday on suspicion of assault with a deadly weapon after a woman called police for help during a gathering at his Los Angeles home.

Model Baylee Curran later told the Los Angeles Times that Brown pointed a gun at her face after he and another man became angry with her when she admired the man’s diamond necklace.

It was the latest run-in with the law for the Grammy-winning Brown, who has been in repeated legal trouble since his felony conviction in the 2009 assault of his then-girlfriend, Rihanna, ahead of the Grammys. He completed his probation last year in that case.

In the Tuesday incident, Brown was released from jail after posting $250,000 bail. His arraignment was tentatively set for Sept. 20.

The singer was arrested outside the view of news helicopters that swirled overhead and throngs of camera crews gathered at the bottom of his hilltop estate. It marked the conclusion of a nearly 14-hour standoff and investigation.

Police Lt. Chris Ramirez said officers first responded to Brown’s property around 3 a.m. Ramirez did not identify the woman who called, elaborate on the assistance she needed or know if she was injured.

Curran told the Times that she and her friend ran from the house and hid under an SUV as one of Brown’s associates gave chase.

The model, who hasn’t responded to requests for comment from The Associated Press, told TMZ that she’s visited Brown’s home in the past and never encountered any trouble.

A New York Police Department spokeswoman said Curran was wanted for a grand larceny that took place inside the posh Plaza Hotel in October 2013. Authorities had no other details. 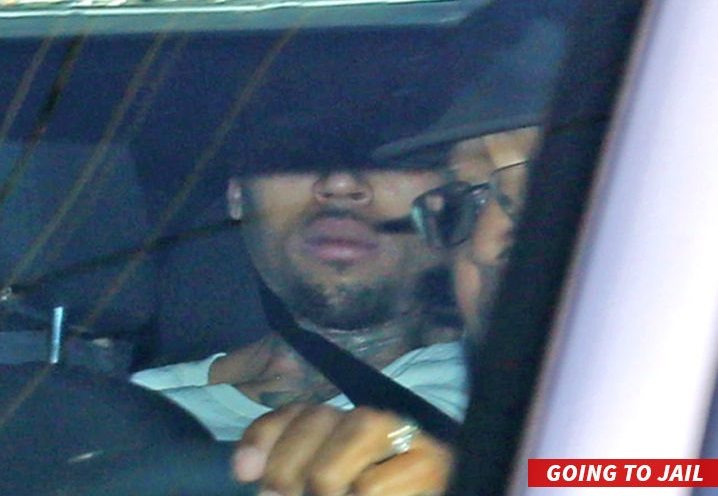 Brown stayed inside his house while police waited for a search warrant, posting rambling messages on social media proclaiming his innocence and denying he barricaded himself in his “palace.”

“Y’all gonna stop playing with me like I’m the villain out here, like I’m going crazy,” he said in one Instagram video, waving a cigarette and looking at the camera. “When you get the warrant or whatever you need to do, you’re going to walk right up in here and you’re going to see nothing. You idiots.”

Brown’s attorney, Mark Geragos, arrived before police served the warrant and stayed on the property until Brown was transported for booking.

“Thanks to everyone for their support and well wishes. Chris is out and well. The allegations against him are demonstrably false,” Geragos posted on Twitter after the singer posted bail.

The standoff and media attention it received produced a chaotic scene in a typically quiet neighborhood as police closed off streets and rerouted traffic.

Throughout the afternoon, several of Brown’s associates descended on the street below the singer’s estate. They declined to identify themselves or answer questions from the media. In some instances, the men were belligerent, flashing obscene hand gestures and grabbing recording equipment.

Besides the assault case involving Rihanna, Brown was charged with misdemeanor assault for striking a man outside a Washington, D.C., hotel in 2013. The singer was ordered into rehab then dismissed from the facility for violating its rules.

Brown spent 2½ months in custody, with U.S. marshals shuttling him between Los Angeles and the nation’s capital for court hearings.

The entertainer also was accused of throwing a brick at his mother’s car following a counseling session. It came after Brown completed court-ordered anger management classes.

Brown’s first single “Run It!” topped the charts in 2005. Since then, the singer and rapper has had a number of hit songs, including “Loyal” and “Kiss Kiss.” He has also been a featured performer on several hits, such as Jordin Sparks’ “No Air.”