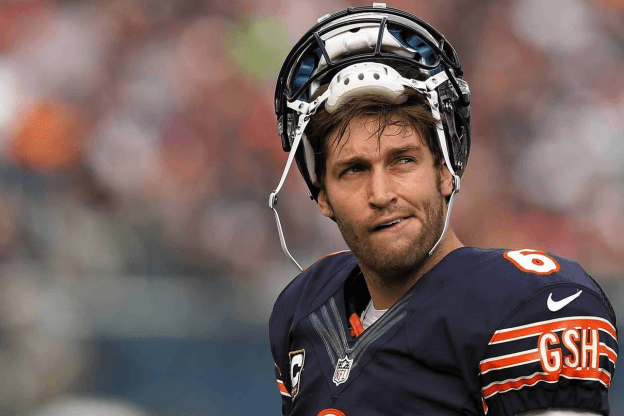 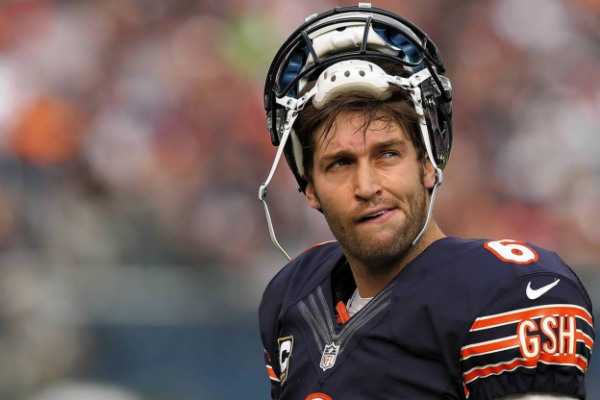 After becoming the latest on a long list of overpaid players, Jay Cutler was absolutely dreadful yet again in 2014. As a result, the Chicago Bears finished 5-11, despite boasting the highest-paid quarterback in the NFL last season.

No one was surprised when the general manager was fired.

The problem with Cutler is that he just couldn’t care less about the Bears or whether they win or lose. He’s not a competitor, he’s just an employee. Football is a job to him.

The Bears did all they could to unload Cutler this offseason, but no team in their right mind would pick up a player for $20 million a season that can’t seem to win a single game. So now they’re stuck with him yet again. There’s a reason USA Today predicted Chicago to finish with a league-worst 2-14 record.

But this really isn’t news. Cutler sucks. He’ll throw ugly passes to avoid getting hit and toss easily interceptable balls when he gets tired of being on the field. Let’s talk about the rest of the offense:

Although Cutler deserves the brunt of the blame, the Bears offensive line wasn’t exactly praiseworthy. Kyle Long and Matt Slauson will be back in 2015, but unless Jermon Bushrod can return to his old form they’ll continue to have some issues.

Despite a subpar line and QB, the Bears may be one of the most talented offensive units in the league. Brandon Marshall was traded away, but Chicago still boasts Matt Forte, Alshon Jeffery, Martellus Bennett, and now Kevin White and Eddie Royal. If these guys were playing with Peyton Manning, this would be my fantasy football lineup, but they aren’t that lucky.

Forte is arguably the best running back in the NFL right now. His numbers regressed a bit in 2014, but that is most likely do to the injuries on the offensive line. With White and Royal added to Jeffery, teams will have to start respecting the pass even with Cutler throwing it, leaving more running room and lanes for Forte to burst through.

I wouldn’t give the Bears more than six or seven wins in 2015, but with any luck and maybe less than 18 interceptions this time around by Cutler, they just may be able to prove USA Today wrong.