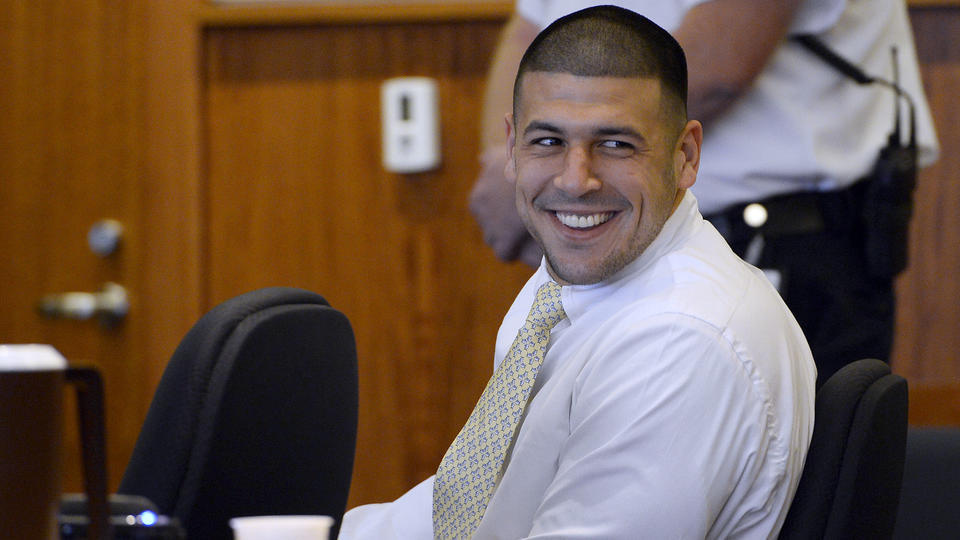 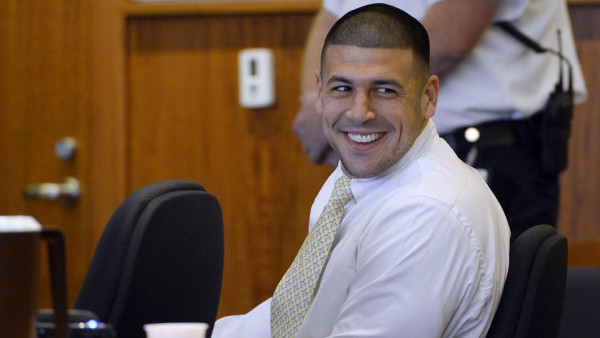 Many people have had many different names for former New England Patriots football player Aaron Hernandez, but one man who knows him best can describe him in one single word, ‘charming’.

Bristol County Sheriff Thomas Hodgson, who has spent time talking to Hernandez firsthand, says that the former Patriots tight end’s charisma is most likely helping him build a social network to support him behind bars.

“When he was with us, we had to handpick the officers we wanted to be around him, because he’s very manipulative,” Hodgson has said repeatedly in the media. “He has a lot of charm and uses that to get what he wants and position himself with others.”

Bristol County Sheriff Thomas Hodgson said Hernandez knows how to use his charm and manipulate better than anyone he has ever seen. He said Hernandez was generally affable and polite and would try to use those qualities to get what he wanted at the Bristol County House of Corrections.

“He would make every effort to get extra sandwiches,” Hodgson said. “He would just try to convince the officers to give him more than what they otherwise could get.”

Staff members were directed to treat Hernandez like any other inmate, Hodgson said. 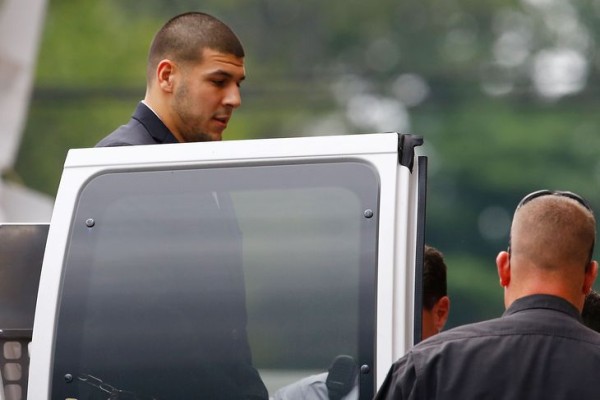 After Hernandez’s most recent appearance sporting a new “lifetime” neck tattoo and reports of the convicted murderer participating in a two-on-one prison fight, Hodgson said that Hernandez could be doing well socially in the Shirley correctional facility currently holding him.

“Knowing he’s in prison now for life, it shouldn’t surprise anybody that he will be trying to create a network of people in there, and establish his own sort of societal group,” Hodgson said.

When asked if Hernandez might be creating his own prison gang, Hodgson said: “He’s certainly somebody that has the capabilities.”

Hernandez could be disciplined for the new prison tattoo, but Hodgson said he doesn’t think the newly debuted ink is about rebellion. “I don’t see it as that, it’s more of a calculated attempt to establish himself among the people around him,” he said. “To make a lifetime allegiance of self-importance.”

Hernandez was convicted April 15 of the 2013 killing of Odin Lloyd, who was dating the sister of Hernandez’s fiancee. He will ultimately end up at the maximum-security Souza-Baranowski state prison. A lawyer for Hernandez did not immediately return messages seeking comment on the sheriff’s remarks.

After the verdict was delivered, staff from Bristol County brought Hernandez to a state prison not far from Gillette Stadium, where Hernandez used to play football in front of tens of thousands of cheering fans.

There, he told them, “I’ll miss you guys, but they got it wrong,” Hodgson said. “He didn’t really have much of a change in his demeanor. He pretty much still had a swagger in his step.”

Hodgson said the 25-year-old Hernandez has an ability to compartmentalize things and lock out the negative.

“He doesn’t really look at it as jail,” Hodgson said. “It’s more like training camp.”

Hernandez got into trouble from time to time in jail in Bristol County. He was accused of threatening to kill a prison guard and his family, and he got into a fight with another inmate.

Asked how he thinks Hernandez will do in prison, Hodgson said he thought he’d be OK.

“He’ll probably do fine. He’ll be able to talk his way through everything,” Hodgson said, adding that disrespect is a “hot-button” issue for Hernandez. “If someone’s trying to outwardly and aggressively disrespect him, that could create a problem.”

Hodgson said he had many conversations with Hernandez about his father, who died unexpectedly when Hernandez was 16. Hernandez would tell him how his father commanded respect whenever he walked into a room.