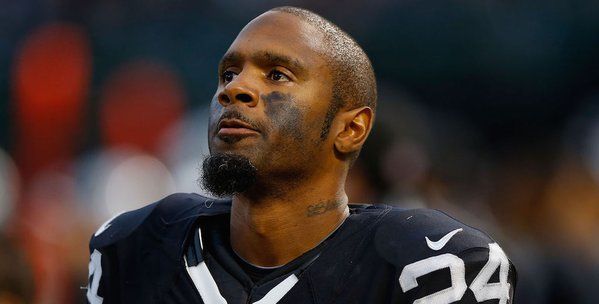 I have to admit to a case of the goosebumps as I read Charles Woodson’s ESPN article about his final week in the NFL. The Raiders’ defensive back penned the post himself as the last of a four part series documenting his last year in the NFL.

Woodson has played in the NFL for 18 years. The former Heisman Trophy winner wasn’t just hanging on for a paycheck in a backup role either. He has played at a high level through the vast majority of his illustrious career.

It’s not often we get to read the thoughts of a future Hall of Famer during his last few games in the NFL, especially with the freedom to put the words in the article himself.

I sure don’t remember Emmitt Smith getting to share his thoughts as his career was closing out. Barry Sanders disappeared out of the blue when he left the game. Even Deion Sanders, who loved to talk as much as any NFLer in history didn’t have the opportunity to give us a direct glimpse into the mind of a pro football player who is lacing up the cleats for the last time.

Charles Woodson gets this chance to chronicle his departure because he is not like 98% of players that get chewed up and spat out by the League. He has endured in a game that sees the “lucky” players last maybe four years. Not only that, he played defensive back, not exactly a job made for guys over 30 years old.

Woodson has remained a starter for his Raiders at the age of 39. His start on Sunday versus the Chiefs will be the 251st of his career. Not a bad run for an old man.

The four articles posted on ESPN by Woodson are a great read not only for football fans but also for younger NFL players. I would say that anyone that is seeking success in their real world career or their own business would enjoy these articles as well.

This man is a professional. He was not perfect of course, but his approach to the game was what helped him keep his job every season as flashy rookies came in looking to rip his gig.

Young players like Johnny Manziel could really benefit from seeing how Woodson kept the “main thing, the main thing.” You don’t make it to eight Pro Bowls and end up at number five on the all-time interception list without a laser focus on doing your job.

Woodson’s job was to be the best football player he could be. That focus led to all the success he had on and off the field. In his own words, “This game has had a hand in almost everything I’ve been able to do in my life.”

Younger players in the NFL want a lot out of life simply because they have made it to the highest level of football. Yet many of them plateau at that point, not realizing that keeping the big house and fancy car is linked to getting better each game, each month, and every single year. They begin to neglect the business that has allowed them to live a life that many would kill for. A life that can disappear as soon as they begin to slack, allowing a future rookie to take their job from them.

Charles Woodson’s dedication to his business, the business of football, sent a lot of rookies to the unemployment office.

Anyone outside the world of football should take Woodson’s example of focusing on the main thing if they want to see success in their field. You don’t beat the competition in small business or climb the corporate ladder by being mentally scattered.

From a pure football fan standpoint, these articles by the Raiders’ safety point out the highs and lows over his career. It wasn’t all glory all the time. Even one of the top ten defensive backs in history has his regrets as he paints a couple of pictures depicting plays that he felt cost his team crucial games.

Woodson wraps up his final article talking about his health. The man knows what he has subjected his body to over two decades of hits including his college career.

Woodson stated, “I know it’s a dangerous game — it was a dangerous game before we learned about the potential consequences of concussions. I don’t go into retirement being scared of what could happen down the road. I just look at it as, honestly, what’s done is done.”

I like that the man just accepts what has already happened and fully realizes the trade off of tackling 225 pound men in order to become a millionaire.

His life has been made better up to this point by playing a violent game.

That’s not the case for many NFLers of course and hopefully down the line Woodson’s elder self never feels contempt for the younger self that kept putting their body in harm’s way.

Charles Woodson’s football career has played out as well as any I can remember. He got to write his own story, both figuratively and now literally. His talent and dedication to his craft, along with some luck, allowed him to thrive for 18 years in the most competitive business in the world.

He isn’t riding out into the sunset after a Super Bowl win, but he is going out on his own terms. The grinder that is the NFL met a talented grinder named Charles Woodson who would not be left in the League’s wake.