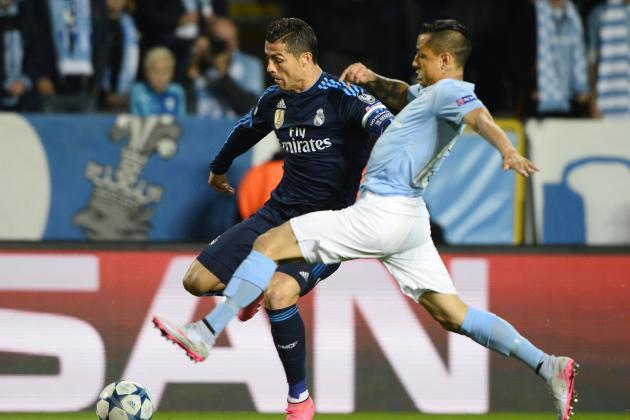 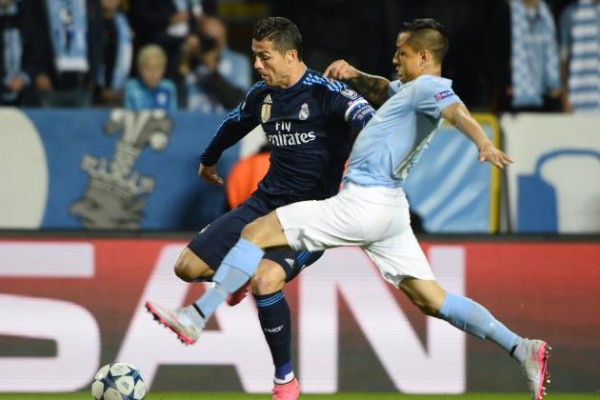 In a Group A clash, Real Madrid traveled to reigning Swedish champions Malmo and grabbed all three points with a 2-0 win at the Swedbank Stadion. Cristiano Ronaldo grabbed both the goals for the Spaniards and with the brace took his career tally to an impressive 501 professional goals – for club and country.

The win was second successive in the competition for the Santiago Bernabeu club and thereby they moved to the top of the table ahead of Paris Saint-Germain, courtesy of a better goal difference than the Parisians.

Laurent Blanc’s men, on the other hand, were also impressive against Shakhtar Donestk as they inflicted a 3-0 loss on the Ukrainians. Serge Aurier and David Luiz, and an own goal from Darijo Srna completed the scoring for the Parisians.

CSKA Moscow raced into a 3-0 lead in the first half against reigning Dutch champions PSV Eindhoven in Moscow. The Dutch, who had downed Manchester United 2-1 in their opening European fixture, rallied in the second half, but in the end settled for a 3-2 loss against the Russians.

Manchester United played host to Wolfsburg at Old Trafford and were immediately on the back foot as Daniel Caligiuri struck in the fourth minute aided by some questionable defending from the hosts. However, Caliguiri made a fatal mistake at the other end as his handball saw Manchester United earn a penalty that was expertly put away by Juan Mata to bring the scores level.

The Spaniard then provided a sumptuous flicked assist to Chris Smalling for the Englishman to grab the winner against the Germans. Louis van Gaal’s side are now second in their group behind PSV Eindhoven and will be up against CSKA Moscow in their next two European fixtures.

Kazakhstani outfit Astana, playing their first home game in the Champions League against Galatasaray at the Astana Arena, grabbed a precious point against the Turks with a 2-2 draw. The match saw three own goals and both of Astana’s were netted by Galatasaray players – Hakan Balta and Lionel Carole.

In the other game of Group B, Atletico Madrid suffered an unexpected defeat at the hands of Benfica of the Portuguese league. Angel Correa had put the Spaniards ahead in the 23rd minute, but they couldn’t hold on to their lead and a goal each from Nicolas Gaitan and Goncalo Guedes sealed all three points for the visitors at the Vicente Calderon.

Manchester City travelled to Borussia-Park to take on Borussia Monchengladbach and came away 2-1 victors on a night where Joe Hart was in inspired form and saved a penalty in the first half from Raffael to keep his side in the game. Nicolas Otamendi scored the first for the Citizens and Sergio Aguero sealed all three points with a late penalty in the second half.