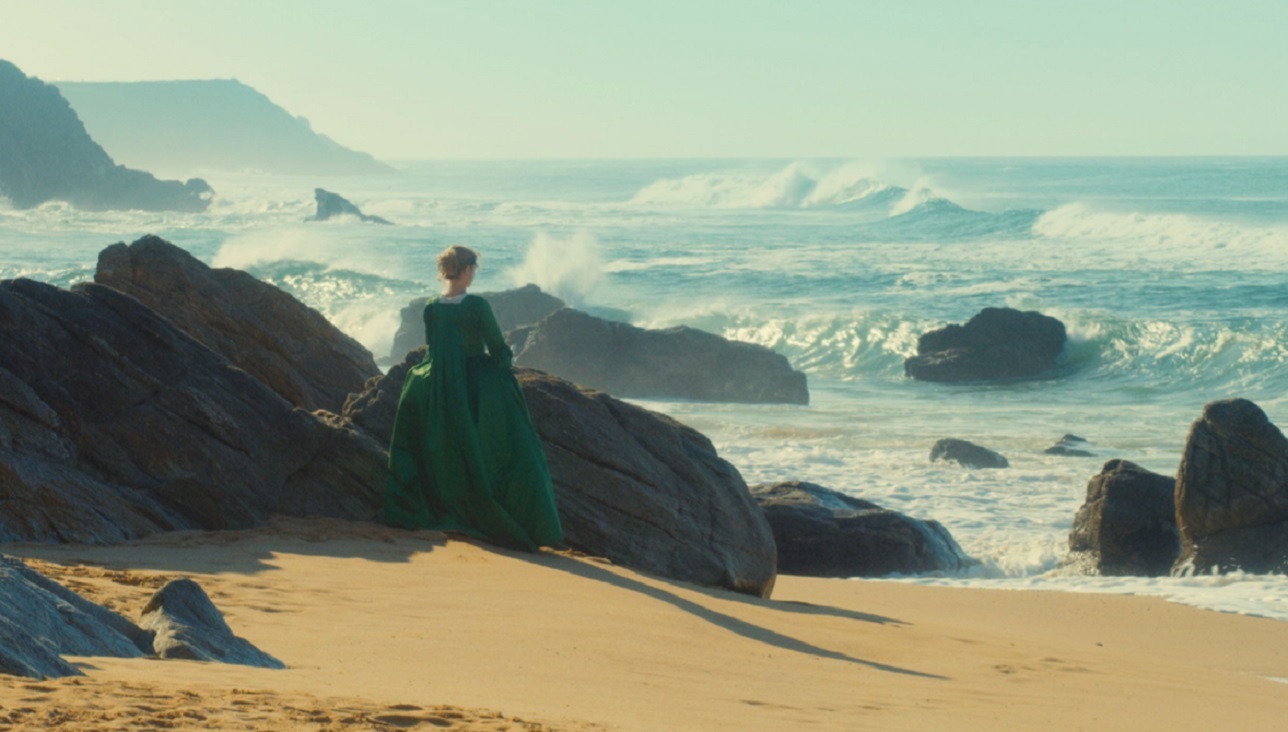 Quentin Tarantino‘s “Once Upon A Time in…Hollywood” made quite a splash at the 72nd Cannes Film Festival, but the one film that has stayed with me is French filmmaker Céline Sciamma’s “Portrait of a Lady on Fire.” I’m not alone as it’s the one that people keep talking about days after seeing it.

The closest film I can remember doing that to me at a film festival was Jane Campion’s “The Piano” way back in the 90’s. This film is a romance set in late 18th century France, and it works on just so many levels without trying to hit you over the head with a message. It just seeps into your being via a tender but rather complex love story.

Not only is a gorgeous to look at, it’s a great example of how a well-told story with well developed characters and enter your life and stay with you whether you like it or not. It’s that rare film that makes you feel something wonderful while watching it, taking in all the beautiful imagery. This is the type of film I long for at festivals, and having it take me by surprise makes these long nights and days (although I can’t complain, I’m at Cannes) pure heaven.

“Portrait of a Lady on Fire” literally premiered to overwhelming rapturous acclaim at the Cannes Film Festival, its director Céline Sciamma has had some time to consider the passionate response. She’s not the only one. Everyone I talk to since that night has mentioned it. No other film is getting this much word of mouth attention, even with Brad Pitt and Leonardo DiCaprio running around with Tarantino giving us all insightful interviews.

“I think it’s because it’s a love story,” Sciamma said in an interview on a sunny terrace in Cannes. “You can get some love back. It’s kind of beautiful, actually.”

The French filmmaker’s movie has arguably provoked more ardor than anything else in Cannes. “Portrait of a Lady on Fire” has been hailed as a masterpiece not just for the tender relationship it depicts between the young painter Marianne (Noémie Merlant) and her portrait subject, Heloise (Adéle Haenel), in 18th century France, but for its resonate and acutely contemporary portrait of female identity as reflected in art.

In the film, Marianne has been hired by Heloise’s mother to paint her daughter’s portrait for her marriage to a Milanese man she’s never met. Heloise, a fiercely independent young woman, resents both the wedding and the portrait, so Marianne, posing as a companion, must steal glances to capture her. It’s a movie built subversively through looks and glimpses. A love develops, one seen and rendered through a woman’s eyes.

Sciamma was inspired to make the film by forgotten women who painted, mostly other women, in the 1700s. For her, “Portrait of a Lady on Fire” is about reclaiming the past lives and art of women.

“There was no transmission of our memory, and art is about portraying life,” she says. “We’ve been cut off of our intimacy because we’ve not been told our story. I’ve missed those images. They’ve been missing from my life.”

“Portrait of a Lady on Fire” is likewise a movie that had been missing. Like Marianne and Heloise, Sciamma, 40, is seeking new imagery of women’s lives.

“It’s an opportunity for new sensations in the theaters, a new excitement, new journeys,” says Sciamma. “It’s a reservoir of emotions, new buttons that will be pushed.”

Sciamma is a founder of the collective 50/50×2020, the French sister group to Time’s Up, which has pressed the French film industry and Cannes to improve gender equality. Sciamma has been coming to Cannes since 2007 when her debut, “Water Lilies,” also a coming-of-age tale where paintings plays a role, screened in the festival’s Un Certain Regard section.

But she was last here to help 50/50×2020 organize a demonstration in 2018 on the Cannes red-carpet steps and to get Cannes artistic director Thierry Frémaux to sign a pledge for parity and transparency in its selection process. The festival this year for the first time released gender statistics on its submissions. “Portrait of a Lady on Fire” is one of four out of 21 films in Cannes’ main lineup directed by a woman, a number that ties Cannes’ previous high.

In the 72 years of Cannes, female directors have seldom appeared in competition, and no female filmmaker has ever outright won the festival’s prestigious top honor, the Palme d’Or. In 1993, Jane Campion’s “The Piano” won the Palme in a tie with Chen Kaige’s “Farewell My Concubine.”

This year, Sciamma could go from protester to a well deserved Palme d’Or winner.

“It’s not about what it means to me. It would mean a lot for a lot of people. That would be the most important,” she says. “It wouldn’t belong to me that much.”

The Palme will be decided by the jury presided over by Alejandro Iñárritu in an awards ceremony Saturday. “Portrait of a Lady on Fire” is already riding high, though. On Wednesday, it was acquired by Neon and Hulu, with plans for a fall release in North America and a robust awards campaign. Even one of the other filmmakers in competition in Cannes, the Canadian filmmaker Xavier Dolan, hailed the film as “magnificent.”

NEON and Hulu remarked, “From the moment we saw this beautiful and captivating love story, we knew we had to release this film. From Céline’s writing and directing, to the absolutely absorbing performances, we couldn’t be more excited for audiences to experience this sensationally moving piece of cinema on the big screen.”

Mk2 added, “We are thrilled by how audiences and buyers from around the world have responded to the ground breaking and emotionally gripping Portrait Of A Lady On Fire. It is sure to cement Céline Sciamma’s reputation as one of the most exciting directors of her time. We are thrilled to be partnering with NEON to bring this progressive and potent piece of cinema to the big screen across the country. They are one of the most dedicated and passionate distribution teams in North America.”