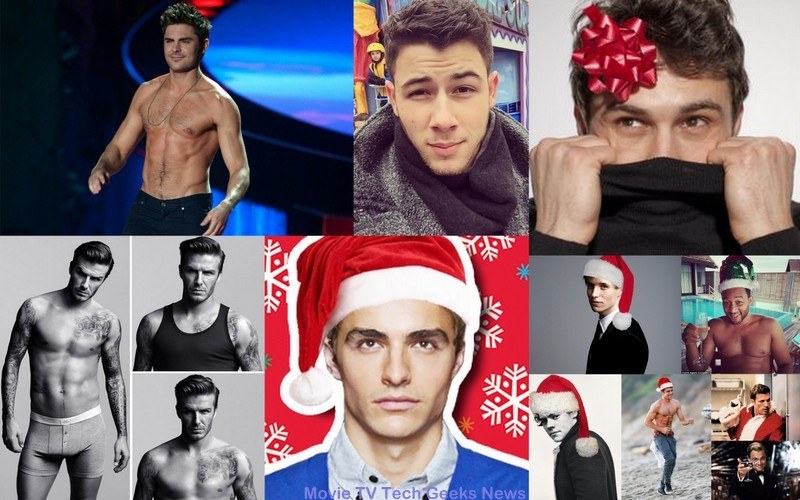 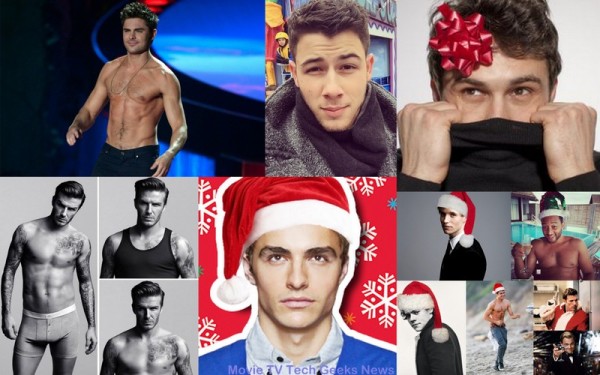 With Christmas only days away, lots of celebrities are embracing the holiday spirit and donning some Santa themed attire. From Santa hats to warm knit sweaters, celebrities are undoubtedly getting ready for the big day. So before you freak out about all the gifts you have procrastinated buying, here is a fun list of the Top 10 Celebrity Men who can definitely pull off the Santa Claus look.

After watching The Theory of Everything, I have been obsessed with Eddie. Not only is he an incredibly talented actor, but he also seems like such a sweet, down-to-earth person. Plus, how could you not fall in love with those freckles and his accent?

Since venturing off into his solo career, Nick has been everywhere this year. With his hits “Jealous,” “Chains,” and “Levels,” Nick has been taking over the charts and has even landed in a few tabloid rumors with the bachelorettes of Hollywood (including Kate Hudson and Kendall Jenner).

While he may have started in a boy band, Nick has come a long way and definitely makes a lust-worthy addition to the Christmas season.

I know The Curvy Girl Diva already included Ben in her list, but I just couldn’t resist adding him to mine as well. Although Ben has hit a few bumps in the road this year (divorcing from Jennifer Garner), he still is one of the hottest actors in Hollywood. In my opinion, he can pull off the Santa look just as much as he can pull off a muscly Batman.

Okay, this one is slightly embarrassing to admit, but I can’t help but secretly love One Direction’s Harry Styles. His long locks, angelic voice, and ability to make completely bailing on stage look sexy, definitely earned him a spot on this list. Plus, his band is going on hiatus now, so what better things does he have to do but fulfill our Santa fantasies?

While he will soon be tied up with the little elf that his wife Chrissy Teigen has in the oven, John still has time to take over Santa duties this year. John’s smooth voice, songwriting talent and flawless grin, make him one of the hottest celebrity Santas. In addition, he and Chrissy’s relationship is definitely #goals.

James Franco will forever be one of Hollywood’s hottest celebrity Santas. From his quirky personality to his endearing good looks, James has established himself amongst the top lusted over men in the entertainment business. He has won over our hearts through his roles, such as his bad boy persona in Freaks and Geeks and his over-the-top portrayal of himself in This is the End. James has definitely earned his spot on this list.

While he may struggle winning himself an Oscar, he did not struggle to make it on this list. Leonardo Dicaprio is one of the few celebrity men who can get away with letting their physique go while being a total player and yet still be seen as one of the most sought-after men in Hollywood. Seeing him embrace his character in movies like The Wolf of Wallstreet and Django Unchained gives me great confidence that Leonardo would make the perfect sexy Santa.

While he may have gotten his start on Disney’s High School Musical, Zac has grown leaps and bounds from his musically inclined jock persona, Troy Bolton. While he may have been hot when he entered the scene, Zac has only become more and more lust-worthy over the years.

Following his Neighbors co-star Zac and his brother James, Dave Franco is the next sexy celebrity to make this holiday-themed list. Over the past while, Dave has slowly crept out of his brother’s shadow and established a name for himself amongst some of the biggest names in Hollywood. From starring alongside Channing Tatum and Jonah Hill in 21 Jump Street to Vince Vaughn in Unfinished Business, Dave will be able to bring lots of experience to the Santa role.

While his soccer career may be coming to an end, his career as one of Hollywood’s sexiest men is just heating up. This year David was awarded with the very prestigious honor of being People Magazine’s Sexiest Man Alive. Rightfully earned, David continues to look better with age and has proven himself to be a devoted family man – which ultimately makes him that much more desirable.

Therefore, congrats David for not only winning the Sexiest Man Alive title, but also an equally sought over title – my pick for 2015’s Sexiest Celebrity Santa!