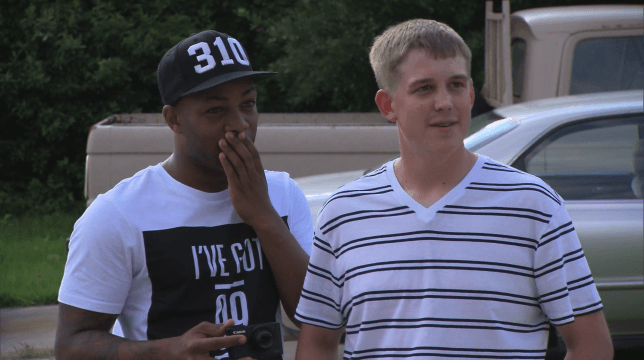 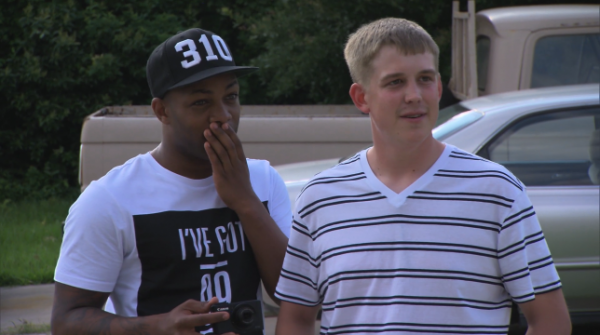 Season 4 Episode 18 of Catfish starts with Nev introducing his temporary partner-in-crime (while Max is away directing a movie) Todrick Hall, who was a contestant on American Idol and is now a Youtube star.

Nev and Todrick open up an email from Devan, a Texan (Again?!? Seems like 99% of people contacting Catfish are from Texas) college student who works part-time as a pizza deliveryman.

Devan goes on to explain that he meet a girl named Rylan on a site called MeetMe and they have been talking and texting for months. He then tells Nev and Todrick that he had asked Rylan to come live with him as he finishes up college.

Rylan also lives in Texas, however Devan has never been able to meet her or video-chat with her for the past year and a half. Therefore, he is hesitant to believe she is who she says she is.

Nev and Todrick video-chat Devan and get him to explain the situation further. Devan says that every time they planned to meet she would get “nervous” and drive back home. In addition, Devan said that he even gave her gas money for the multiple times they have tried to meet up.

Todrick questions Devan, especially after he tells them that Rylan doesn’t have a Facebook. Todrick points out that in 2015 it is odd for a 23-year-old not to have a Facebook account. Nonetheless, Devan says he trusts her and didn’t feel he needed confirmation of her identity until now.

Nev and Todrick head out to Texas to meet face-to-face with Devan. After arriving at Devan’s house, Devan explains that Rylan really means a lot to him as she was always there for him. Devan also confesses he has issues talking to girls in person and therefore talking to Rylan over the Internet allowed him to open up.

He then goes on to tell them about an incident where he went to meet Rylan at her aunt and uncle’s house. Unfortunately, when he got there the man who answered the door said no one by the name Rylan lived there. However, Rylan claimed that her uncle said that simply because Devan was a stranger.

Nev and Todrick go off to do their snooping. As a newbie to the show, Todrick expresses that he feels Devan would treat Rylan well, obviously hoping for the best out of the situation. However, Nev is not too convinced about a happy ending and believes that Rylan is most likely not who she says she is.

They start their search by Facebook searching her, and not surprisingly there isn’t a single girl in the area named “Rylan Collins.” Next, they reverse search the phone number and a Texas address shows up under the name Cassandra. After searching Cassandra and the associated information, Nev and Todrick uncover that it is the information for a woman who has been arrested on numerous charges, including credit card abuse and vehicle theft.

This leads them to believe that Rylan is actually Cassandra, who is a scam artist.

By reverse searching the photos Devan has of Rylan, they discover that the girl in the pictures name is actually Savannah and from her Facebook they establish that she is from Texas and is potentially engaged.

However, things begin looking a bit more hopeful after Nev and Todrick track down the address of Savannah (the girl in the pictures), and it matches the address that Devan was given when he sent Rylan a birthday present.

The next day, Nev and Todrick go back to Devan’s house and explain everything they found while snooping. When they mention Cassandra (the convict), Devan confesses that Rylan has told him she has had some trouble with the law in the past as well. Devan begins getting upset when he sees Savannah’s Facebook profile, that has all of the pictures he has of Rylan.

At this point, things begin to set in and Devan realizes that his relationship with Rylan was most likely based on lies.

Shortly after, Nev phones “Rylan” and gets her to agree to meet up with them.

They pack up and fly out to Austin immediately. 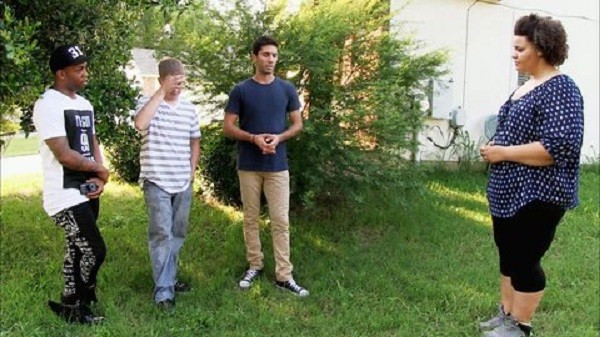 The next day, Nev sees that Savannah messaged him back and gave him another phone number to contact her. He calls the number and right away can tell it is a completely different person on the phone than whom he talked to when he called “Rylan”.

They tell Devan about the new information and get Savannah on video-chat. They basically fill in Savannah that her photos have been used to catfish Devan and she is shocked.

Devan’s goes emotionless as Savannah, the girl in all of Rylan’s pictures, says she has never seen him in her life.

Savannah then begins to bring everything together when she tells the Catfish team that her neighbor had told her a while ago that her friend Michelle had been using her pictures on the Internet. She says she has never met her but has her on Facebook. However, this girl was living down the street from her.

“Rylan” texts Nev saying that she is at a friend’s house and is ready to meet. They head over to meet “Rylan,” but when they get there no one answers the door. However, Todrick notices someone peeking from the upstairs window.

“Rylan” then calls Nev and says she is scared to come out as she is nothing like the girl she pretended to be (aka Savannah). She asks Nev to come inside first.

She introduces herself as Michele, and needless to say she looks nothing like the girl in the photos.

Michele finally goes outside to talk to Devan and says that everything she said to Devan was true, except for her name, appearance and that she worked at a prison and was not a personal trainer.

Michele breaks down crying and Nev decides that it would be best if they met up again tomorrow.

The next day, Michele reveals that initially she made a MeetMe account with her own pictures, but no one ever talked to her and it made her feel awful. She then tells them that she has a lot of family troubles, as she doesn’t get along with her mother and her father is never around and had 30-something children with other women.

It is clear there were underlying issues that caused Michele to catfish Devan.

Michele then opens up by reading out a letter she wrote for Devan telling him how much she loves and cares for him.

Unfortunately, Devan says he would still like to be friends but doesn’t feel the same “romantic spark” he once did.

Two months later, Todrick and Nev video-chat Devan and he explains he still keeps in contact with Michele but not nearly as much as before. In addition, Michele says she is feeling a lot better these days and is focusing on herself.