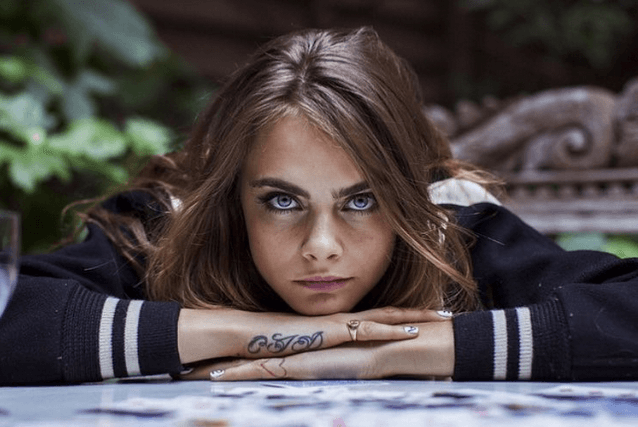 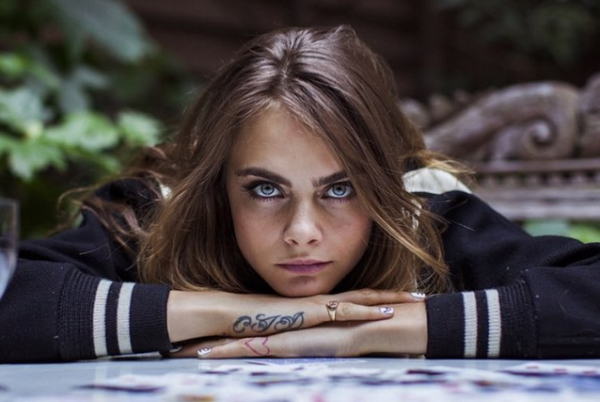 Cara Delevingne has made waves after a recent interview with Good Day Sacramento via satellite. She was promoting her recent film Paper Towns, and unfortunately a disconnect between the star and the news anchors resulted in a cringe-worthy interview.

The star, which was probably being asked the same questions for the hundredth time, was quick with sarcastic answers that seemingly threw off the GDS anchors. For example, when asked if she had read John Green’s novel Paper Towns before starting the movie, the 22-year-old model snapped back saying,

“Uh, no. I never read the book or the script. I kind of winged it. No, of course, [I did.} John Green is an incredible author, so really if you haven’t read his books, you should.”

Unfortunately, the GDS anchors didn’t quite catch on to her sarcasm and lead to one of the them asking Cara whether she was exhausted, as she came off a lot more excited about the movie a week ago than she did now.

When Cara explained that she is just as excited, but perhaps since it was early in the morning it was affecting her energy level. However, her answer didn’t stop the anchors from continuing to question Cara’s “attitude,” calling her out for being “irritated.”

Not surprisingly, this wasn’t taken well by the star quickly replied, “No. I think it’s just you.”

Needless to say, the interview was cut short and the news station even ended up cutting out Cara’s satellite feed abruptly, as the anchors continued to bash Cara for being “moody.”

The star may not have too many fans over at Good Day Sacremento, but luckily she did get some support from Raven-Symone over at The View. After playing the clip on the talk show, Raven cheered, exclaiming “Yes, girl, yes!” Going on to explain, “You know what she was mad at? She was mad she had to sit through 13 to 300 different people getting asked the same question over and over again.”

However, Raven’s co-host Nicolle Wallace wasn’t quite so lenient with Cara’s behavior saying, “When you’re a famous movie star and you get to go on a local news show to promote a movie that people are paying $18 to go and watch, you don’t get to act like a bitch.”

Since the interview went viral, Cara took to Twitter to explain her perspective on the whole incident: 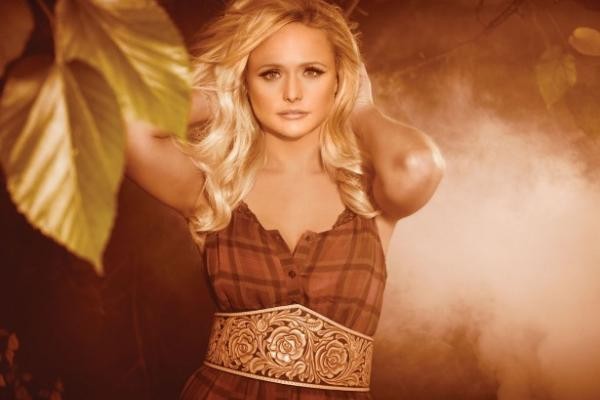 During her Tuesday concert in Nashville, country singer Miranda Lambert talked to her fans about how she is doing post-split from fellow country singer Blake Shelton.

Since the divorce announcement, the singer has faced numerous rumors accusing her of cheating on Shelton.

“I’ve been living off caffeine and sad songs lately. So, we’re gong to drink some caffeine and play a sad song.”

Some of the concertgoers commented that the 31-year-old singer appeared “subdued” in comparison to her usually upbeat energy on stage. One fan explained,

“She came out smiling but was very subdued. She was really nervous and even said so. She was very shy at first. A little later, she loosened up and started having a good time. You could tell she’s got things on her mind but she was starting to have fun. She was very funny when she wanted to be.”

Although Miranda and Blake have had some friendly interactions over Twitter, reports claim that their divorce has been relatively messy. In addition, sources have claimed it has been especially hard for Miranda, as it was Blake who filed for their divorce and got it finalized within 2 weeks.