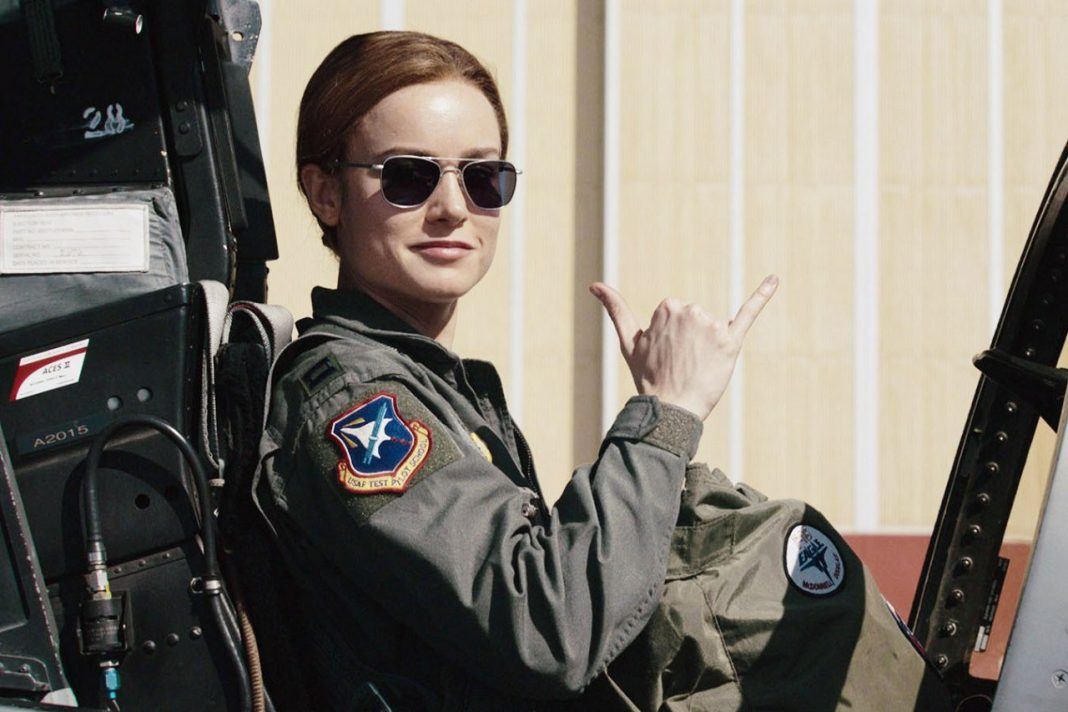 Brie Larson’s “Captain Marvel” is racing higher, further and faster in its second week at the box office breaking a dry spell for the industry. The latest Marvel entry in the franchise brought in under $70 million for an on-par drop of 55%. This puts in the same league drop as the “Hunger Games” films. What this really shows is that there wasn’t a whole lot of competition against the film this week so expect more topping of the charts.

This is the type of calmness at the box office, the studios like, but that should diminish the quality and strength of Hollywood seeing how a female superhero can dominate. It took decades for “Wonder Woman” to get to the big screen because of that thinking, but we know how the industry is always late to learn valuable lessons.

“Captain Marvel” has continued to dominate the global box office in its second weekend in theaters, leaving newcomers in the dust.

With Brie Larson in the title role, “Captain Marvel” has already surpassed the lifetime grosses of a slew of superhero films including “Justice League,” ″Captain America: The Winter Soldier” and “The Amazing Spider-Man.”

In a very distant second, Paramount’s animated family film “Wonder Park” struggled with $16 million against a reported $100 million budget. Paul Dergarabedian, a senior media analyst for Comscore, said that it’s hard to compete with “Captain Marvel,” which is playing to all ages and audiences. But the PG-rated pic about a girl who dreams up an amusement park did not score well with critics either — it’s currently sitting at a 30 percent on Rotten Tomatoes.

But it wasn’t all bad news for the films in “Captain Marvel’s” shadow. The Cole Sprouse and Haley Lu Richardson film “Five Feet Apart” opened in third place with $13.2 million in ticket sales, which is nearly double its production budget. The film from Lionsgate and CBS Films is centered on two teens with cystic fibrosis.

Audiences were overwhelmingly female (82 percent) and young (65 percent under age 25 and 45 percent under 18). That the stars involved, like Sprouse who is in the popular TV show “Riverdale,” have a strong fan base and social following motivated young women to turn out to the theaters.

“You don’t always have to be No. 1 to have a success,” Dergarabedian said. “And ‘Five Feet Apart’ proves that.”

It was a good weekend overall for Lionsgate, which had three films in the top 10, including “Five Feet Apart,” Tyler Perry’s “A Madea Family Funeral,” which landed in fifth place with $8.1 million (behind “How To Train Your Dragon: The Hidden World”) and the Spanish-language newcomer “No Manches Frida 2,” which opened on only 472 screens and grossed $3.9 million to take sixth place.

“In the world of everybody talking about diversity, this is a great example of a diverse lineup. All three films were completely different, which was obviously a strategic distribution decision,” said David Spitz, Lionsgate’s president of domestic distribution. “Those three films were able to capture an audience even with the 300-pound gorilla of ‘Captain Marvel.’”

Not so lucky was “Captive State,” an alien invasion thriller from Focus Features that floundered in seventh place with $3.2 million against a $25 million budget.

But overall, things are finally looking up for the industry-wide box office. The “Captain Marvel” effect has lowered the year to date deficit nearly 10 percent in a week.

“We’re on the right track now. It shows when you’re this early in the year, any change can make a significant difference to the bottom line,” said Dergarabedian. “But it’s going to take more than one big movie to start us toward another record-breaking year in North America.”

One film that might help: Jordan Peele’s “Get Out” follow-up “Us” hits theaters next weekend and is tracking for an opening north of $40 million.