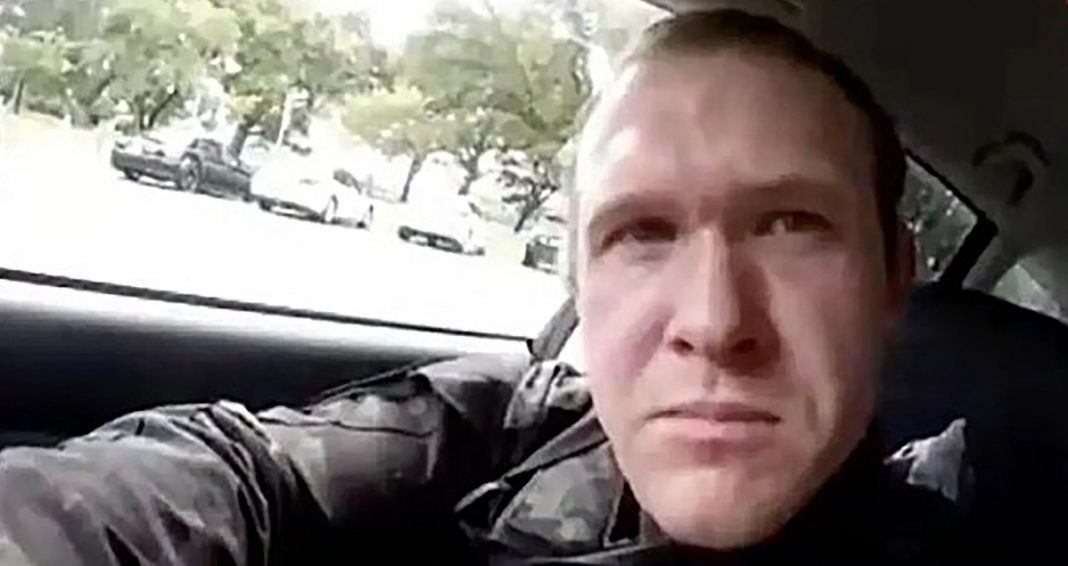 In America, we often don’t hear about mass shootings anymore unless they’re on a large scale since they’ve become a nearly weekly event. President Donald Trump refuses to say there is a problem if the shooter is a white supremacist or racist, but if the culprit is darker than a brown shopping bag, he’ll quickly say something needs to be done. Remember the National Guard (Christopher Paul Hasson) that had a list of Democrats and journalists to kill? Neither does Trump.

This is why it came as a shock but no surprise when Brenton Tarrant live streamed his attack on Friday attacking a mosque in New Zealand. Stills from the stream look more like a first person shooter on PS4 or Xbox One. That’s how it’s gotten for us in America. We get angry for a day, but then we know nothing will be done just like in years past after every other major shooting.

The suspected New Zealand shooter carefully modeled his attack for an internet age. He live-streamed the massacre, shouted out a popular meme slogan and published a long, rambling manifesto replete with inside jokes geared for those steeped in underground internet culture.

All that makes Brenton Harrison Tarrant, the man charged with murder for the attack Friday on mosques in Christchurch, the latest person to allegedly commit mass slaughter alongside a targeted appeal to online communities that breed extremism.

Prior to killing six people in Isla Vista, California, in 2014, Elliott Rodger posted an online video and circulated a lengthy document full of grievances. He was later found to have ties to a misogynistic online group known as “incels,” or “involuntary celibates,” who sometimes call for violence against women. Last year, Robert Bowers, the man charged with killing 11 people at a Pittsburgh synagogue, posted threats on Gab, a social media site popular with white supremacists.

Recruitment with and proliferation of extremist ideals is nothing new — in person or online. People who want to discuss such ideas are bound to find each other, said Daniel Byman, a senior fellow at the Brookings Institute. But whereas small groups might have once met up in real life, now people can go online and find large groups to reinforce and encourage their ideas almost instantly.

People do things online that they might be hesitant to do in real life, Byman said. That can range from harmless acts, such as emailing someone you would be too intimidated to approach at a party, to sharing, building on and encouraging extremist views and violence.

“It enables you to be bolder,” Byman said.

Online sleuths quickly connected the livestreamed video to posts made by the same user on 8chan, a dark corner of the web where those disaffected by mainstream social media sites often post extremist, racist and violent views.

Tarrant’s manifesto (which you can read here) spread quickly on 8chan Friday. The 74-page screed espouses white supremacist views even as it contradicts itself. Some saw similarities to the 1,500-page manifesto written by Anders Behring Breivik, a Norwegian right-wing extremist who killed 77 people in 2011.

The Tarrant document seemed intended to feed the online communities he took part in, in part by “trolling” common internet themes and outlooks with ironic mockery.

“Were you taught violence and extremism by video games, music, literature, cinema?” Tarrant asks himself in the essay.

“Yes, Spyro the dragon 3 taught me ethno-nationalism,” he writes, seemingly sarcastically. That passage references a video game for Sony’s PlayStation console intended for children 10 and up.

“Fortnite trained me to be a killer and to floss on the corpses of my enemies,” he continued, only to abruptly contradict himself in a classic trolling move: “No.” Fortnite is a popular online battle game.

Mary Anne Franks, a law professor at the University of Miami and president of the Cyber Civil Rights Initiative called for greater oversight of social platforms after Tarrant’s manifesto and attack.

“It’s pretty clear the person involved here was radicalized online,” she said. “The conversations in these chat rooms and message boards, with in-jokes and memes, are part of a cultivation of a certain kind of radical person in these spaces.”

Still, it can be hard to pin his actions on his behavior online, said Hannah Bloch-Webha, a law professor at Drexel University. “I don’t think society understands enough about the role of propaganda and violent speech in provoking actual violence,” she said.

In a live-streamed video of his attack on two mosques in Christchurch, New Zealand, the shooter says “Remember, lads, subscribe to PewDiePie.” That’s a reference to Felix Kjellberg, a popular YouTuber who has faced considerable controversy of his own over videos that included anti-Semitic jokes and Nazi imagery .

But again, Tarrant’s meaning wasn’t straightforward, since he was repeating a popular internet meme crafted to help PewDiePie claim the largest number of followers on YouTube. Kjellberg condemned the attack in a tweet Friday and said he was “sickened” by the use of his name.

The act of livestreaming the attack was in itself a sign of how far internet culture has permeated the physical world. People regularly stream daily events now, said Byman of the Brookings Institute, including their confrontations with law enforcement.

The shooter did his research, said Rabbi Abraham Cooper, associate dean of the Simon Wiesenthal Center, a Jewish human rights organization. “He found information online, he found validation, he found an ideology and a purpose in life that led directly to what he did,” Cooper said.

Social media is at the center of this increasing challenge, he said. Facebook, YouTube, Twitter and other sites that allow people to upload their own content have faced fierce backlash for letting violent and hate-filled posts and videos spread.

The companies eventually halted the spread of the New Zealand shooting livestream Friday. But many say they were too slow, and argue the video shouldn’t have gone online in the first place.