Home All News Celebrity Gossip Calling Out Black Culture Appropriation: For the Record 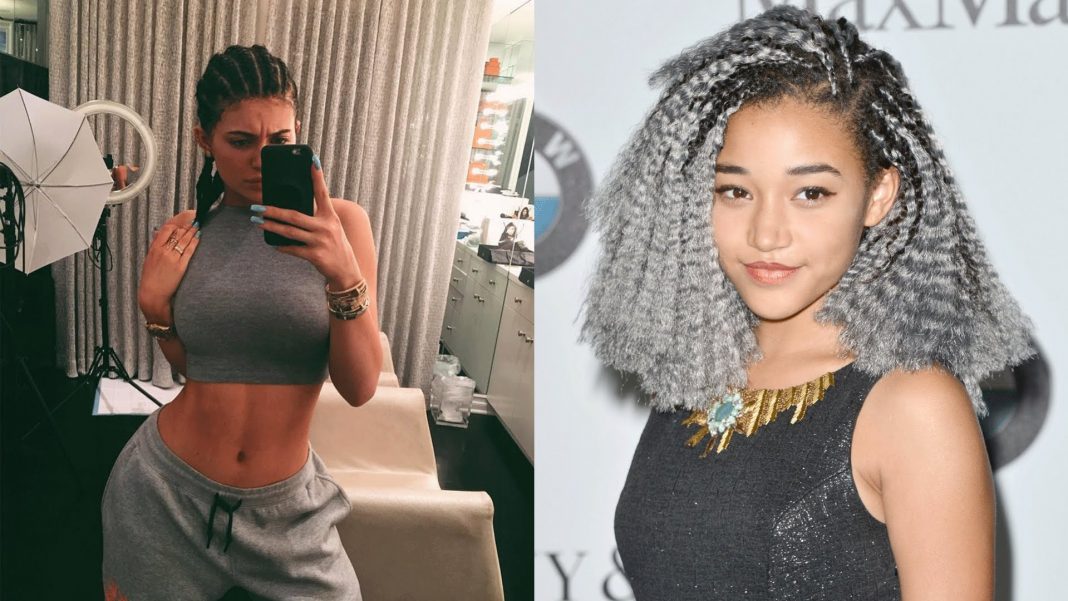 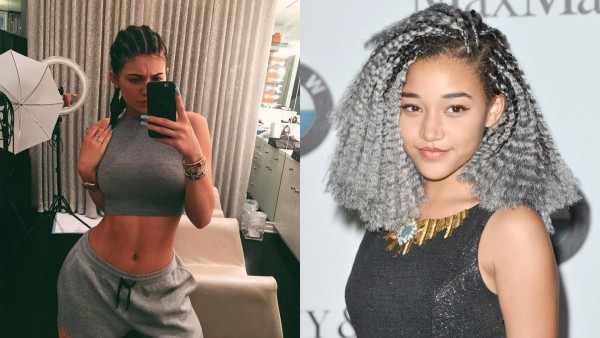 This week’s For the Record, I am talking about something that has gotten more and more attention thanks to uber popular celebrities feeling the need to express themselves because, ya know, they are rich and famous and can do whatever the hell they want.

In the picture, Jenner wore a crop top and some sweats with her hair corn rolled and the caption, “I woke up like this.” Amandla felt a certain way about the picture and with the hashtag “whitegirlsdoitbetter already trending she commented,

“When u appropriate black features and culture but fail to use ur position of power to help black Americans by directing attention towards ur wigs instead of police brutality or racism #whitegirlsdoitbetter.”

Now their feud isn’t’ really the issue here because honestly, it was far from a feud. The issue here that I want to address is a notion and a mindset that many black women have about white women trying to “steal” black culture. We do the same thing.

Now, before you go in, listen and read to the end. I think that 17 year old Amandla Stenberg being as aware as she is about her culture is a refreshing thing being that most girls her age can only talk about clothes, music and the latest female bashing lyrics by popular rappers. But I think that the argument is incomplete because white women are not the only ones guilty of incorporating black cultural norms into their lives. It is just that black women are the ones who feel the need to express their consternation about it.

Here is the truth, the same way that white women or any other non woman of color for that matter, rock corn rolls, tan their skin and get plastic surgery in order to enhance their appearance by looking fuller, black women do the same thing. Case in point is weave. We wear extension down to our asses, in blonde, red and brown in order to project a more European look. Bone straight flowing hair is not characteristic of black ancestry but yet we will spend thousands on that yaky Brazilian hair. Still not convinced? Look at T.I’s wife. This chick PERMANENTLY changed her eye color to blue. And not dark ocean blue, light sky blue. She is also rocking blonde (at times platinum blonde) hair and why? To achieve a look that is more traditional and naturally seen on white women.

It then becomes an issue of cultural appropriation. Not just black or white but cultural. And this is what I want people to understand and acknowledge because black people are good at pointing out what other people are doing but won’t recognize that they are doing the same in many cases. If we are going to call out white people for taking certain cultural things, then we have to stop taking theirs. If not, then there is real issue in our argument.

Once more we degrade our culture by appearing on TV fighting each other and acting ratched as hell AND we get butt injects and shit to get the same damn features that white women are trying to get. Does that then mean we are appropriating an image of ourselves?

And before you start calling me an Uncle Tom, a coon or any of that other shit, understand that I am very much in love with my people. I believe we are beautiful (which is a big reason why our culture is copied) we are smart and we are capable. But I do believe that the attention that people in our community try to bring to these kinds of situations, and by situations I mean Kylie and Amandla’s interaction and not necessarily what she said to the youngest Jenner, is not for the betterment of our people. I truly believe that it is not to move us forward but is self serving. It’s to get followers, it’s to get recognition, it’s to get put on.

Furthermore, the fact that black Twitter and other black influencers called for Andy Cohen from Bravo’s Watch What Happens Live to apologize is exactly what I am talking about. He didn’t call Amandla Stenberg a jackhole, he called their feud a jackhole and people trying to say, “I know what he said but what he really meant was” are reaching.

Black people in America have been the butt of heinous crimes, horrible laws and down right hideous circumstances and I never take away from that. I do, however, believe that as we stand up for ourselves about certain things, we have to remember we do shit too.