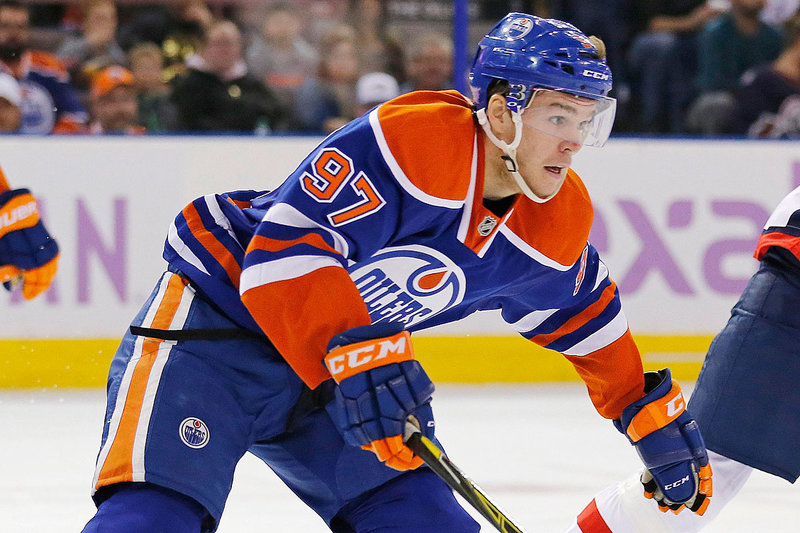 The Calder Memorial Trophy is an annual award that goes to the first-year player in the National Hockey League that, according to the pundits who vote on the award, demonstrates the highest level of excellence over the course of the regular season. It basically serves as the NHL’s Rookie of the Year Award, and it can be differentiated from an award like the Art Ross Trophy in one major way: the Calder is a subjective award while the Art Ross is awarded to the league’s best scorer. It’s that subjectivity surrounding the Calder that creates a lot of debate regarding what should be considered when determining who the recipient should be.

Personally, I’m not a big fan of the various Rookie of the Year Awards in any sports. The main reason is because comparing rookies is itself problematic for me due to age differences between them. Ichiro Suzuki, for example, debuted in Major League Baseball at the ripe old age of 27, and he beat the pants off of his fellow ‘rookies’ for the 2001 American League award following several seasons of having already played professionally in high-pressure situations in Japan. To me, the term ‘rookie’ connotes inexperience, and when awarding a Rookie of the Year Award, I would make adjustments for the players’ ages accordingly.

This year, the Calder will likely go to one of two players: Connor McDavid of the Edmonton Oilers or Artemi Panarin of the Chicago Blackhawks. For comparison, here’s a look at the two players’ stats following play on Saturday night:

McDavid is missing a ton of games from his season for one major reason. The Oiler broke his clavicle early in the campaign and missed nearly half of the year as a result. Arguably had that not happened Edmonton would be playing meaningful hockey right now on the playoff bubble.

However, in the games that McDavid has played he has demonstrated himself to be a better player than Panarin. Those that favor McDavid for the Calder, favor points per game as opposed to outright totals. For a lot of people, the debate is really that simple: should McDavid get the award for averaging better than a point per game over what should be 45 games or should Panarin get the award for not missing time while still putting up big numbers (he is tied for 16th in the league in scoring)?

A bit of depth could be added to the debate when you consider lineups. The Calder is an individual award and yet who a rookie plays alongside has a major effect on his performance. If you flip-flopped McDavid and Panarin, putting the former in Chicago’s Kane-line and the latter in Edmonton, then who would be winning the Calder this season?

When considering McDavid playing alongside Patrick Kane, it’s scary to think how the two may have fed one another. Panarin alongside Taylor Hall – not so scary.

But in all of this let’s not forget that McDavid is a true rookie when you consider his lack of inexperience at the top-level hockey league for his continent. The teenaged McDavid is into his first year in the NHL out of the Ontario Hockey League while 24-year old Panarin is into the NHL out of the KHL, the hockey league that is considered to be the second-most prestigious only behind the NHL.

McDavid made a big jump in moving from the small-time to the big-time and that inexperience is what makes him a prototypical rookie. Panarin, who was already a polished pro entering the NHL, has a few years of experience behind him playing for Saint Petersburg’s KHL team.

What I’m saying is that I think goals, assists, games played, linemates, and points per game are factors to consider when determining who should get the Calder, but let’s not ignore the essence of the what makes a rookie a rookie: a lack of prior experience.

McDavid is the rookie of the year in my mind because he’s the player that best overcame inexperience in solving the problem of how to become an effective NHL player. The VETERAN known as Artemi Panarin is an NHL rookie by technical definition only following 263 games played in the KHL.

The 24-year-old brought a career of experience to the National Hockey League, and that makes his status as ‘rookie’ almost a farce. Hopefully, the writers that vote on the Calder Award make an adjustment for the ages of the two frontrunners because being a rookie doesn’t mean being a veteran.