Home All News Opinion Katt Williams: Is it ever alright to beat a child not your... 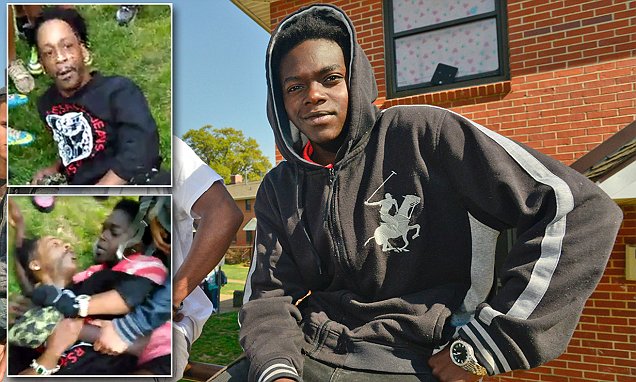 With the recent video of Katt Williams punching a 17-year-old boy in the face going viral, it brings up a pertinent question for me- is it ever okay for an adult to respond to a situation involving a minor with violence?

Since the incident, Katt has explained that he didn’t know the young man, Luke Wash, was under age. While in Brooklyn at the Barclays Center doing a show, he joked that he thought Wash was a grown man the way he was cursing and carrying on with him. He also maintained that he didn’t get his ass whooped.

Putting the fact that Katt says he thought Luke was an adult aside, the answer to my original question isn’t as clear-cut as I first imagined. My initial stance on the issue was no; an adult should never respond with violence when a minor is involved. Then I, yet again, had a talk with my boyfriend.

Now, this man that I have been in a relationship with for nearly five years grew up in Baltimore. If you know anything about Charm City, you know that at one point in time, it was considered the murder capital of America. So growing up on the streets of Bmore, he learned very early that as a young man, you don’t come at an adult sideways. Meaning, you don’t bulk up at a grown ass man because if you do, you are asking for a butt whooping. In his view, based on his experiences, if someone comes into your space, your number one objective is to protect yourself because you don’t know what that person is capable of doing. So, essentially, you strike first and to tell with age; Which is clearly what Katt Williams did.

After taking into consideration what my BF had to say and listening to Katt’s reasoning for his actions, I still lean toward the notion that it’s never okay to respond with violence, in any situation. But I can understand why people, in particular, men, believe otherwise.

I am of the belief that most situations with these types of outcomes always have a better, non-violent solution, regardless of the ages of the parties involved. I can’t reconcile in my mind that an adult ever has a valid reason to lay hands on a minor, even in the face of being hit first. I like to believe that grown folks have enough wisdom, control and understanding to respond differently. But again, this is what I’d like to believe.

One of the things that Katt said during his show is that young men who feel like they can go round for round with a grown man lack the presence of a male figure in their lives to teach them respect. He argues that the lack of teaching about respecting your elders is what brought about his altercation with Wash. That thought speaks to the importance of fathers being in their sons’ lives and begs the question, what are single women teaching their boy? The conversation on that is a whole different article that I will save for later, but it’s one that deserves some thought.

For the record, I am not a fighter. I don’t have time for it, and I don’t think it is the intelligent solution to most situations. Reality TV has a lot to do with the way society views fighting, and it weighs more heavily on the perception of what’s appropriate in urban communities. With that, Katt Williams was wrong for punching Wash in the face period. It was in his hands to de-escalate the problem, and he chose a different route. There are a lot of people who feel like he was justified in punching the young man. These people maintain the notion, “You act like a man I am going to treat you like a man.” But what this situation really speaks to is a fighting culture that has grown out of control. We are a society that has social media platforms dedicated to fighting and these videos create a climate that allows these types of behaviors to thrive. Katt Williams and people with his influence should help to rectify the problem not add to it.

I firmly believe that as grown folks, it is our responsibility to set examples for young people, especially for young black boys. With all of the images they see on TV that tells them how much their lives do not matter, successful black men should always seek to show them a better way.