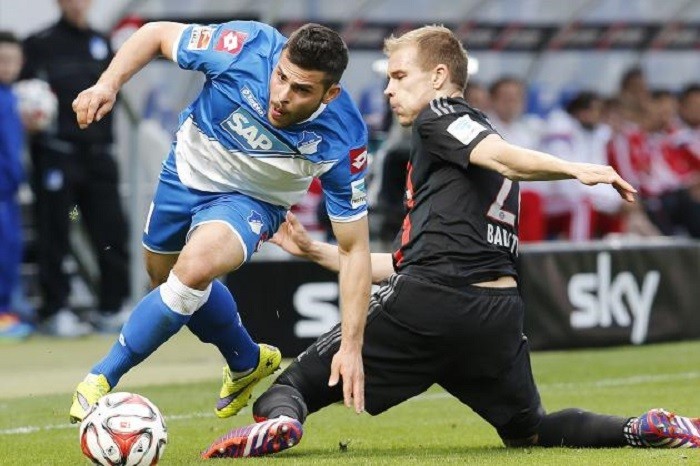 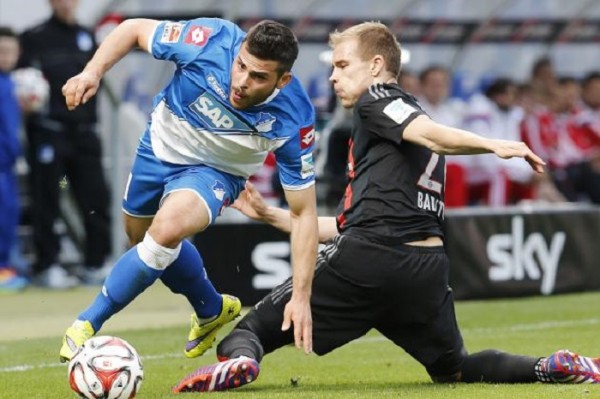 Borussia Dortmund and Bayer Leverkusen have matched the performance of the German champions in the opening two games of the 2015-16 Bundesliga season. Dortmund have occupied the top spot on the league table after two 4 – 0 wins from their opening games.

The second and third place teams will go head to head on Saturday at the Allianz Arena. Pep Guardiola’s Bayern Munich will play host to Leverkusen in their next Bundesliga fixture. The Bavarian giants came back from 1 – 0 down against Hoffenheim at the weekend to win 2 – 1 away from home. Hoffenheim’s Volland scored in the first minute of the game, forcing the German giants to chase them for the next 40 minutes. Manchester United target Thomas Muller equalized for Bayern, five minutes before the half time break.

In the second half, more challenges were thrown in front of Bayern Munich. Jerome Boateng was got two yellow cards in succession, thereby getting his marching orders, 20 minutes before the final whistle. Despite being reduced to ten men, the Bavarians grabbed the winning goal in the dying minutes of the game. Bayern’s Polish striker Robert Lewandowski netted the winner in the 90th minute, thereby picking up all three points for his side.

Borussia Dortmund registered a convincing victory at Ingolstadt. The game was scoreless in the first half but Ginter netted the opening goal in the 55th minute to the relief of Dortmund fans. Thomas Tuschel’s men were awarded a penalty five minutes later and Marco Reus made no mistake to slot it in the back of the net. Shinji Kagawa and Aubameyang added one each before the referee’s final whistle.

Wolfsburg were held 1 – 1 at Cologne on Saturday. Cologne went ahead at the half hour mark with Zoller getting on the score sheet. Last season’s runners-up didn’t find the equalizer until the 83rd minute. The former Arsenal striker Nicklas Bendtner scored to earn a point for his side. Schalke were also involved in a 1 – 1 stalemate at home against Darmstadt. Draxler and Rausch bagged a goal each for Schalke and Darmstadt respectively.

Hannover were beaten at home by Leverkusen and the only goal of the game was scored in the 18th minute by Calhanoglu. Borussia Monchengladbach, who did very well last season, are still to pick up pace in this campaign. They haven’t opened their points tally so far. Monchengladbach lost 1 – 2 to Mainz with goals from Samperio and Clemens. Monchengladbach are currently at the foot of the table.

Monchengladbach are joined by Stuttgart, who also have zero points in the opening two games. Stuttgart lost 3 – 2 to Hamburg in the away fixture on Saturday. The visitors were leading 2 – 1 until Klein’s red card. Stuttgart did very well to hold the hosts but they eventually succumbed in the last ten minutes of the game. Djourou netted the winning goal in the 89th minute to earn three points for last season’s relegation battlers Hamburg.