The second part of this week’s dose of “Bachelor in Paradise“ brings some changes in the roles. As Joe reveals more and more about his interaction with Samantha prior to the show, the cast members start realizing that perhaps Samantha is the villain and true manipulator in paradise.

After Samantha dumped Joe due to all the “drama” surrounding him, Joe is out for revenge. He warns Samantha that he has the texts that prove that she told him to do what ever he needs to until she arrived. However, she doesn’t seem too fazed by his threats and continues on her way.

Joe ends up connecting with Ashley I., who also got dumped in the previous episode (by Jared). They don’t connect romantically, but Ashley does try and vent to Joe about how sad she is, but he isn’t the best listener as he is busy plotting his next move.

This leaves Ashley I. to vent to the only thing that will listen – the camera. She breaks as down as she says she is “ruined, for like, ever.”

In an one-on-one camera interview, Joe says that Samantha has two options at this point, either she can be “lovey dovey on me and we can get engaged and make a nice happy love story, or she can crash and burn.” Basically, Joe is saying either she falls in love with him or he makes it his mission in life to portray her as the devil on earth – or, at least in paradise.

The first date card on the show is for Mikey. Mikey, who was brought back as per requested by Juelia, decides that it is only right to return the favor and asks Juelia on the date. They jet off to Guadalajara, where they end up at a wrestling match. Surprisingly, Juelia decides that this date with Mikey is enough to persuade her into sharing an overnight fantasy suite with him.

Back at camp, Kirk decides to take Carly on an impromptu fishing trip. After which, Carly reveals to the camera that she is so lucky, as she believes she has potentially found her husband.

Although Joe seemed pretty adamant on revealing to everyone who the “true” Samantha is earlier in the episode, the next day his mood seems to change and he is now determined to win her back.

Ashley I. takes on the role as Joe’s relationship advisor and tells him to try and have a “fresh start” with Samantha by literally walking up to her and pretending he is introducing himself for the first time.

Meanwhile, Justin from Kaitlyn Bristowe’s season of The Bachelorette joins the cast and right away he notices Samantha.

Justin and Joe were friends on Kaitlyn’s season, which makes matters worse when Justin completely ignores Joe’s request for him not to ask out Samantha.

Also completely out of nowhere, Dan mentions that he doesn’t want Samantha to go on a date with Justin because he too wants to “get to know” her. However, he does say it is going to be entertaining to see Joe crumble.

Unsurprisingly, Samantha says yes to Justin and Joe basically implodes, or as Ashley I. puts it he goes “straight Kentucky crazy.” 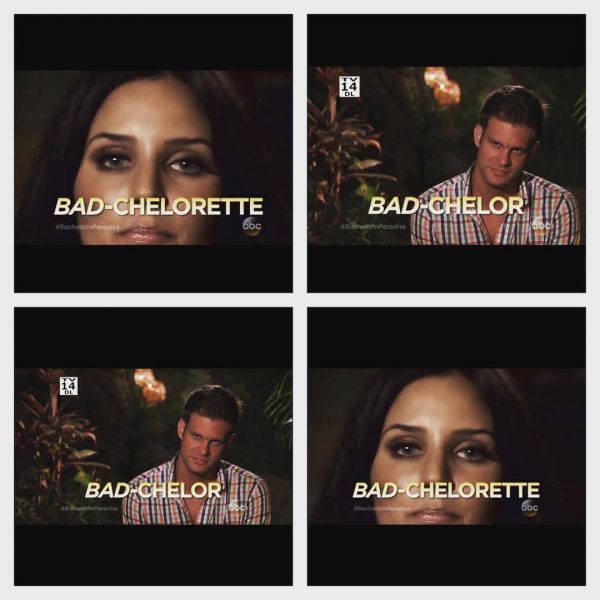 After, Samantha takes Joe to the side to try and calm him down. Unfortunately, it doesn’t go too well as Joe is infuriated by Samantha “toying” with him.

Basically everyone realizes that Samantha was playing Joe and they would feel bad…except he did the same thing to Juelia about a week ago.  Although Samantha has officially taken the villain role from Joe, and Tanner explains she “is like a chess master, but instead of chess pieces they’re dudes and the end game is total destruction.”

The episode ends with Joe announcing that he is “ready to go home.”

A newcomer to paradise takes Tenley on a date and Joshua “loses his mind.” Joe continues to threaten Samantha that he is going to show everyone her text messages that say, “Do whatever it takes to get a rose.”