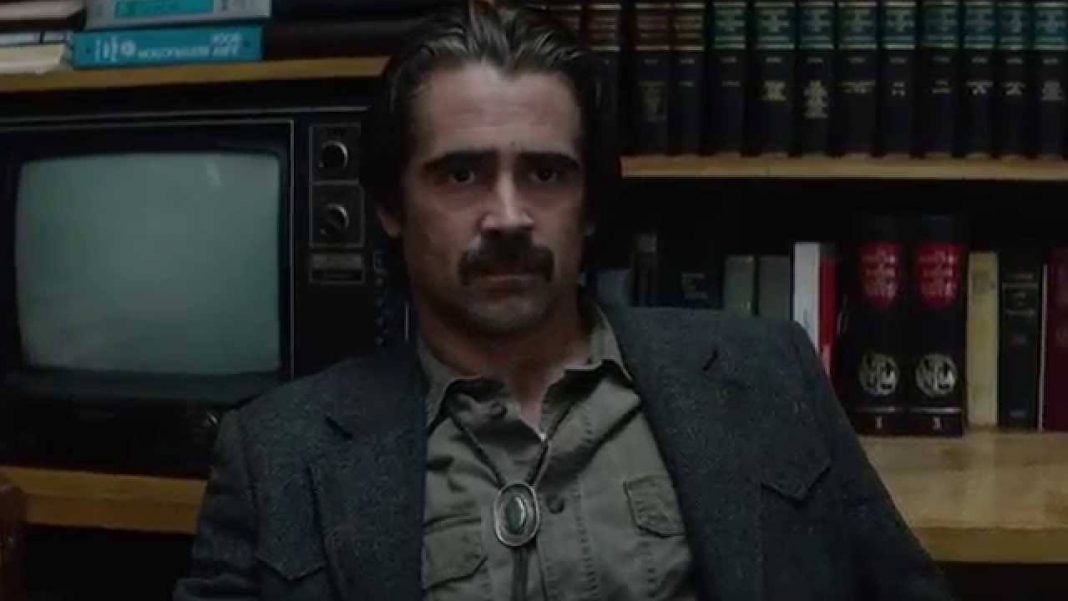 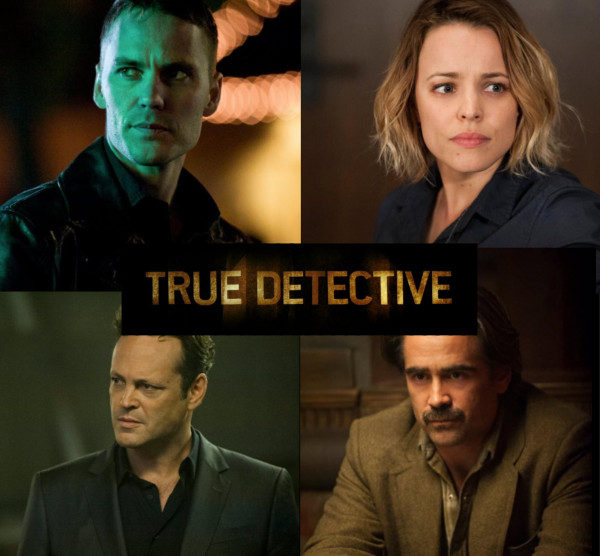 On June 21st, at 9pm ET, HBO’s crime series True Detective will be returning for its second season.  In season one, the show revolved around a strange murder that brought together three officers and a career criminal, people who must guide themselves through the twists and turns of accusations, betrayals, and lies to find the truth.

A unique and entertaining aspect of this series is its anthology format, meaning that it is a collection of stories with central ties but not necessarily the same characters. This brings about a refreshed cast, as shown in the newly released trailers. Actors Colin Farrell and Vince Vaughn have taken over the lead roles from Matthew McConaughey and Woody Harrelson. In addition, the new seasons cast also includes a few other notable names, including Rachel McAdams and Lady Gaga’s fiancé, Taylor Kitsch.

The trailers for True Detective also show a suspenseful compilation of clips ending with Farrell earnestly welcoming judgment. Somewhat of a teaser, I believe this is a clever marketing tactic that gives off an illusion that the show’s new cast is ready and confident as they approach the series premiere and the audience/critic reviews that come along with it.  Although this trailer gives little if any inclination on the details of the new season’s plot, it does emphasize intensity.

A second teaser somehow manages to give away even fewer details. The dialogue-free clip once again utilizes a heart-pounding instrumental as an assortment of solemn faces from the new cast build to the infamous “you have to watch to find out” crescendo.

With the incredibly positive response to the first season, including a total of 5 Emmy awards, I have no doubt that the foundation of the show will be one worth watching. However, I think the real draw to this season of the show is the addition of Vince Vaughn.

Vaughn is often remembered for his humorous roles in movies such as Swingers and Wedding Crashers, so taking on such a dramatic role should be a very intriguing contrast to what we expect from him. In a recent interview with ET Online, Vaughn expressed his desire to return to the darker roles that he once was involved in at a younger age.  He goes on to describe his role as Frank Semyon, a career criminal and entrepreneur, to be complex and intricate, implying that once again True Detective will deliver on a compelling storyline filled with mind-boggling characters and relationships. 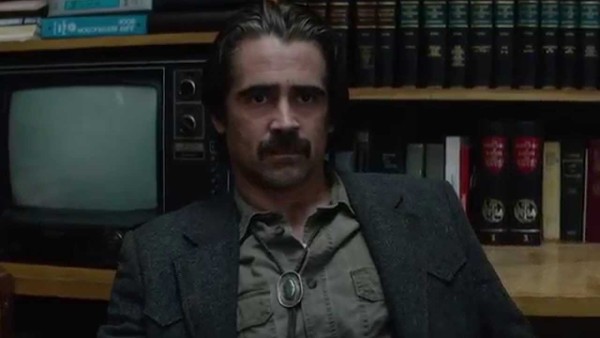 As we approach the season premiere, there are a few things we know:

The new season is a whole new story and is structured quite differently than season 1. In the new season there are 4 main characters (Farrell, Vaughn, McAdams and Kitsch), in contrast to the 2 headliners that were McConaughey and Harrelson. However, Collin Farrell did spill that the characters go through many of the “same kind of existential quandaries and questions that are related to meaning and purpose and the burying of darkness that may be in your past.”

The season opens up once again with a murder. However, there is a big emphasis on what is happening with the characters, aside from solving the murder.

In terms of casting, Farrell, McAdams and Kitsch will be playing the law-enforcement officers. Meanwhile, Vaughn will be taking on the role of the villainous career criminal.

The episodes are once again all written by Nic Pizzolatto and considering he walked away with two Writers Guild of America Awards for his writing of the first season, I have a feeling viewers will not be disappointed.

Although it may be the second season that is premiering in the coming weeks, I think it is worthwhile reiterating that the show is in an anthology format and therefore this premiere can almost be seen as a start to a whole new show. Even though HBO has kept rather silent about any details of the new season, the first season has gained great recognition that leads me to believe that in terms of storyline and quality, viewers will not be disappointed. In addition, with the casting of Vince Vaughn into such a dramatic role, I believe this upcoming season of True Detective will have all the merits of show worth watching so be sure to jump on its bandwagon (if you aren’t already buckled in from last season).

Don’t miss the second season premiere of HBO’s “True Detective” on June 21, 2015 at 9pm ET, and check out the latest trailers below.