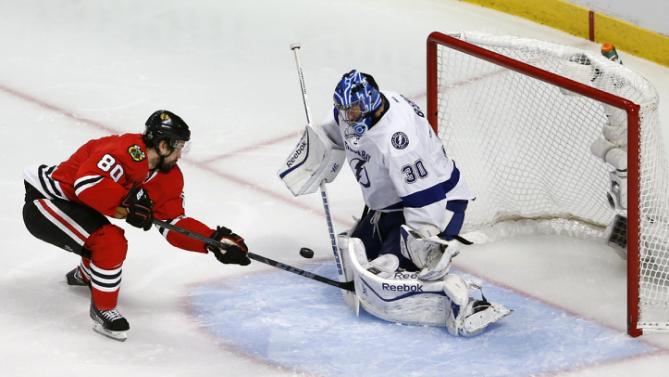 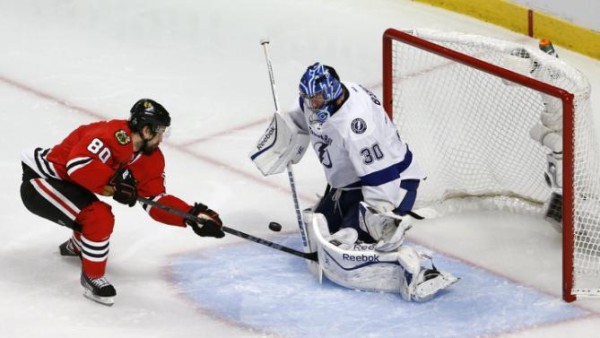 The Chicago Blackhawks fell behind the Tampa Bay Lightning in the 2015 Stanley Cup Finals on Monday night. Chicago, after wrestling away home ice advantage from Tampa Bay in game one, gave the edge right back to the Lightning in game three. In fact, games one and games three both share a striking similarity in how they were lost.

In game one, as anyone who has been following the series will remember, the home team Lightning held a one-goal advantage fairly late in the game. However Tampa Bay squandered their lead with a bad patch of hockey in the third period. In a similar manner, Chicago had a one-goal third period lead on Monday only to see it close before falling behind and ultimately losing.

The Blackhawks are now down 1-2 in the NHL Finals and they are facing a near must-win situation coming up on Wednesday. Chicago will host game four on that night in a game at 8pm ET. Playing in what could be their final home game of the season, the ‘hawks will be looking to even the series 2-2. Should they fail to do that then not only TB would be heading home with a chance to clinch but they would have a couple of extra chances should they lose game five. 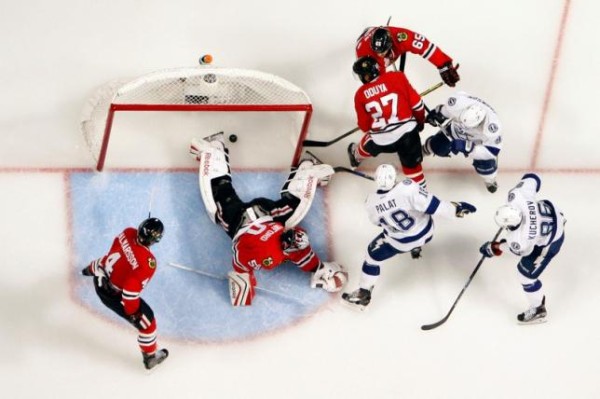 In the 3-2 game on Monday night the scorers for Chicago were Brad Richards and Brandon Saad. Tampa Bay’s scorers were Ryan Callahan, Ondrej Palat, and Cedric Paquette. However the story of the game didn’t really have to do with skaters but with one of the goaltenders.

Ben Bishop, TB’s netminder, entered game three as a question mark following the missed time in net in game two. It wasn’t clear if he would play in game three, let alone play well, and therefore the odds appeared to be stacked against the Lightning. However Bishop crushed Chicago’s offensive hopes on Monday night, stopping an impressive 36 shots with just two goals against. The netminder appeared to be bothered by an injury at times, however it did not have a noticeable affect on his performance.

Heading into the balance of the series, you have to wonder if Chicago’s coaching staff is going to be analyzing the game three footage. If they can figure out how Bishop is limited at this point then it could prove pivotal in swaying the series the Blackhawks’ way. However, whether they figure out Bishop or not, the ‘hawks need to find solutions soon as they cannot afford to lose game four from home should they have any serious ambitions of winning the 2015 Stanley Cup.