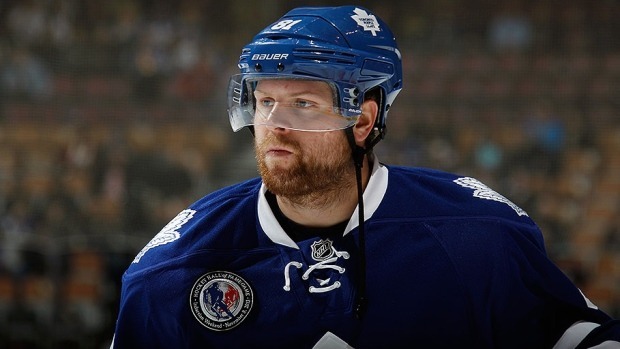 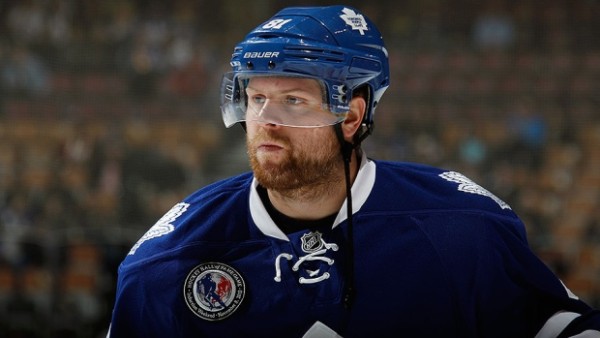 The Toronto Maple Leafs have not been in the news much in recent weeks. The historic franchise in Canada’s largest city finished 30 points out of a playoff spot this season and, accordingly, they have not been playing meaningful hockey for several months now. However being a Leafs’ fan these days means focusing on the future and, on that note, the franchise has been a part of recent trade rumors.

The 27-year old right winger has spent the bulk of his career in Toronto, often scoring 30 or more goals for his team. He would be a strong addition to practically any NHL club, however Toronto’s Assistant GM Kyle Dubas is more focused on what he might be able to get back in any hypothetical trade:

“In any trade we are talking about — and I won’t get into specific players and rumors — any trade that were going to be making, we’re going to be looking to add as much as we can back to the organization,” Dubas stated. “That’s not to say we won’t be looking for good present-day players. We can’t just lose year after year. That’s not the plan to lose, that just brings up our players in a losing environment and that’s not good.

“Our plan is going to be to make the trade that best helps our organization, whether that’s draft picks, prospects, current NHL players. We aren’t good enough to be picky about what the type of assets come back is. We hope to get there one day, but we aren’t there yet.”

The comment about losing “year after year” is no doubt a reference to the recent struggles that the Maple Leafs have had. Since the lockout season, Toronto have only made the playoffs one time and the memories made in that single post-season appearance were painful ones. The Leafs held a huge lead in game seven of their first round series against the Boston Bruins only to eventually lose the elimination game.

The trade rumors, besides being in the context of several years of losing, are also in the context of the upcoming 2015 NHL Draft, an event that will take place on June 26th and 27th. After missing out on the Connor McDavid sweepstakes the Maple Leafs still hold the right to pick fourth in the upcoming draft. Furthermore Toronto also hold the right to pick 24th in the first round, a right they acquired from the Nashville Predators.

However for a disenchanted Leaf fan base prospects, that may require years to develope, probably aren’t going to do the trick. In my opinion, what Toronto need to do is forsake their future prospects and focus on putting the best possible team on the ice in the 2015/16 season. Dubas stated that acquiring “current NHL players” is an option he might explore. If we could insert the word “proven” into the phrase then that’s the route I think Toronto should take.

Dubas has suggested that the fourth pick in the NHL Draft is a commodity he would consider trading. It would probably be worth letting that pick go in exchange for a proven player. Furthermore, I don’t think the Leafs should be trading Kessel, a proven player on offense.

Rebuilding with draft picks and youth is a tricky business, one that I think good NHL managers should stay away from. Toronto would be better off working with players known to be good and letting the other franchises, for better or worse, risk their futures on potential flops.