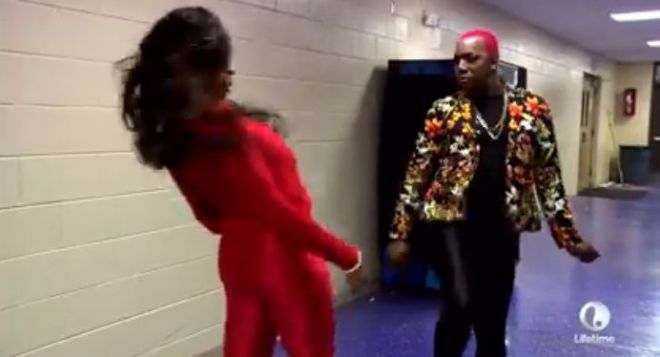 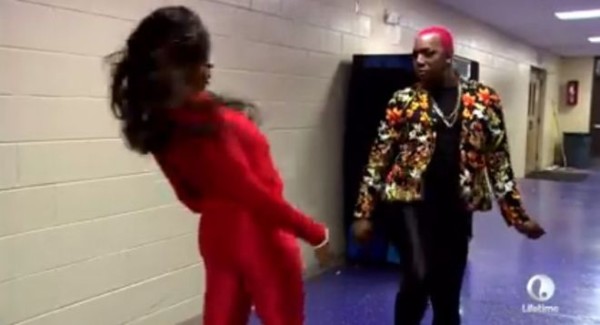 The Dancing Dolls have their first official competition of the season on “Bring It!,” and the pressure is on for the new girls who don’t seem to be settling in too well.

Dianna doesn’t hold back about her frustrations toward them. While Faith, hailed as the new face of DD by her mother Dana (the “original Dancing Doll”) is good and has potential, she still has a long way to go before Miss Dee feels she can handle being one of her go-to dancers.

That doesn’t stop Dianna from giving her a chance to show what she has. This week, their biggest rival is the Elite Starz of Nashville (ESON), whose coach Tyrus, is a flamboyant character that gets under Dianna’s skin. As they head the Fire on the Floor competition, Miss Dee chooses Crystianna, Faith, and Star to compete for the solo creative dance category. While they dance for the spot, Dana and Rittany go at it in the parents lounge. Rittany holds back NOTHING when speaking to Dana, whom she feels is full of herself, and cannot stand the fact that she thinks her relationship with Dianna will give Fait preferential treatment. They both think their girls are better than the other, etc. and Rittany, in particular, throws all kinds of shade her way. Crystianna ends up getting the solo spot, and she should have because she is the best out of the three.

Aside from feuding with Rittany, Dana attempts to liven up the moms’ appearance, which is not on her level by the way. She introduces blazers, bling, and makeup. Most aren’t feeling it( Mimi) but Selena likes the idea, and the others go along with it. I have to hand it to Dana while she can come off a little snooty, this is an excellent idea, and I wish they would all embrace it.

While the moms have their makeovers, back in practice, Dianna makes the hard decision to pull Crystianna from her solo. She has a knee injury that has gotten worse and Miss Dee just doesn’t want to take the risk of her permanently damaging it. So Makya is given the solo, which pisses Dana off because Faith was the “second runner up” for the solo spot and feels she should have gotten it. Tina and the others try to explain that Makya knows Crystianna’s dance style and since Dianna built the routine around her nickname, “Silent Killer” she chose someone who has been around Crystianna. Dana doesn’t want to hear it, though.

The day of competition is here, and Dianna is on edge. There is a lot at stake for the solo category, and she still doesn’t feel the new girls are on par with the Dancing Dolls reputation.

During the solo competition, DD does a great job, and Makya kills her solo. All fears that she would not be able to handle the pressure are out the window, and Dianna could not be more pleased. The girls doing well definitively give her hope that they will nail the stand battle.

In the first round of stand battle, the Elite Starz of Nashville dance against the Divine Dolls and guess what happens boo, boo? The Divine Dolls of Atlanta advance to the next round, not ESON. In their defense, Dianna is pleasantly surprised by their dancing as she “really thought they should win.” Of course Tyrus is not a happy camper, especially, after all, the trash talk he spoke toward DD, but what can you do when your team can’t dance up a high standard? Also, ESON losing throws DD off a little because they prepared themselves to dance against them in the final round, not Divine Dolls.

The Dancing Dolls compete against Royale, and these girls are good. Even Mimi admits that they give DD a run for their money. The Dancing Dolls run into some issues on the floor, however, which upsets Dianna because the new girls are obviously messing up. Before the judges announce who’s going to the final round, they give critiques of each team and mention DD’s timing and formation issues. DD advance but not before Miss Dee tears into the new girl’s asses during their break. She is not playing with them, and Faith, in particular, looks like she is holding back tears.

While DD stepped it up, Miss Dee is still on the fence about what the judges think. During the trophy ceremony, the Dancing Dolls win first place in the solo category and they also, to Miss Dee’s relief, win first place in stand battle.

Winning their first competition of the season is a great ego boost. Hopefully, they can keep it up for the rest of the season.