The girls and Ms. D are back at it again this week on Bring It. In the second episode, they went up against the Divas of Olive Branch and things got out of control very quickly. Diana, not one to be disrespected (but she can be disrespectful) called out Neva and her team for poor sportsmanship which ultimately led to the Divas leaving before the awards were given out because the coach felt that disrespected. For the record, I totally agreed with Neva last week. Ms. D was out of line, but then again when is she ever not out of line?

This week, the girls compete against their “biggest rivals” the Purple Diamonds (PD), who happen to be another Jacksonville, MS team. The thing that is funny about this show or at least about Ms. D and her competition is that every week it seems like she is facing her biggest rival. It is always, “we have to redeem our title” etc. blah, blah, blah. It is interesting to see what they consider to be reasons why to get back at another team. 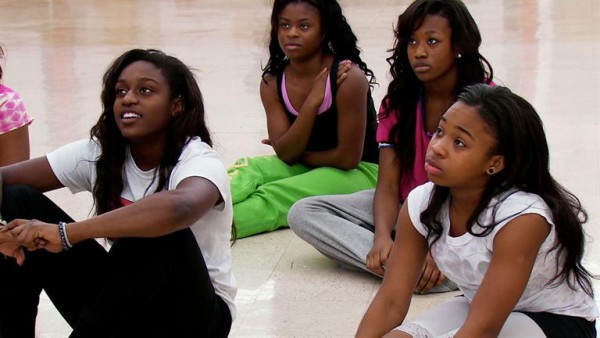 Ms. D expresses her disgust with the way the Purple Diamonds acted the last time the two teams faced off. PD won and two of the girls slapped their asses at the Dancing Dollz pretty much telling them to kiss their butts. This did not go over well with Diana and what they did seemed to be all that she could talk about.

Before the competition, the two teams and the captains meet to “go over” what they expect to happen. Apparently, the way things went down last time, Diana felt like there was a possibility that a brawl could break out. Of course she expressed to the coach Shanika that she did not like the way her girls behaved and that there will be none of that. Shanika, who is VERY pregnant in the episode, apologized and said that she did not direct her girls to do that. It was only two members of the team and it was not the whole team. Of course Ms. D can’t really accept that and goes off talking about how it just better not happen again. 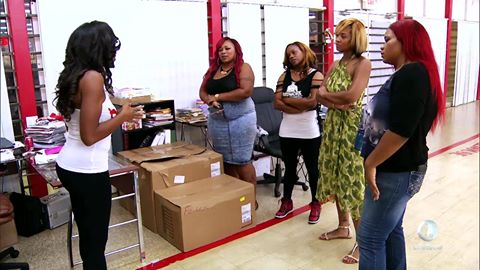 This is one of the things that I don’t get about her. She has this need to be in control so badly and her whole stance about not being disrespected is kind of bogus because she speaks to the parents and the girls in very disrespectful tones all the time. This brings me to the moms. This week, they decided to “stand up” to Diana because they don’t feel like the girls should be competing against the Purple Diamonds.  They fear that something will happen because tensions are just too high. Kayla’s mom is especially vocal. After practice they go into Diana’s office to express their concern and the first thing she says is, “what ya’ll doing in here.” From there, raised voices and flaring tempers commence.

I understand the parents on this particular issue. They feel there is a possibility that their girls will be put in a situation that runs the risk of getting out of hand. Ms. D did not want to hear anything they had to say and that further proves my theory that she is hell bent on being in control without having to answer to anyone. I mean she speaks harshly to these moms, she talks over them and she does not listen to them at all. I don’t see how none of them have whipped her ass yet the way that she snaps at them for no reason. She dismisses them from her office telling them, “I have to go.”

Later we see her talking to husband as they play with their son at a park and her whole demeanor is changed. I don’t know if it is just with other women she puts on this alpha female persona, but she was calm and even meek when she spoke with her husband. She expressed to him how the parents came in to talk to her and that their concerns make her question herself and her decision to go ahead and compete with PD. He tells her to go with her gut because she is not going to let anything happen to the girls. And so she does.

Competition time comes and there are two categories. She is surprised that PD is not competing in the creative portion. Shanika said she feels that the best thing for her team was to focus on the battle competition and I respect that. The Dancing Dollz’s secret weapon this week for the creative portion was a group of male dancers who came out toward the end of the performance and the whole routine went over pretty well with the crowd.

Then the battle competition takes place and of course, each team talked so much smack about who was going to win. Diana definitely pumped up the girls to proclaim them the better team. They each did their thing and one of Purple Diamond’s slipped off of her chair during a stunt, which Diana thought was funny.

In the end, the Dancing Dollz won the creative competition but the Purple Diamonds were crowned the winners in the battle category once again and I think they deserved it. When it comes to the dancing, they were better, their technique was more detailed,, and they looked like all-around more defined dancers.

Diana didn’t really have much to say outside of “we both come from the same place” and something about needing to get along. The girls also showed better sportsmanship, hugging each other at the end of the ceremony. Shanika and Diana’ even exchanged pleasantries which included a side hug (and probably a side eye).

It was good to see Diana eat some humble pie. You can’t win them all and it’s back to the drawing board for them.