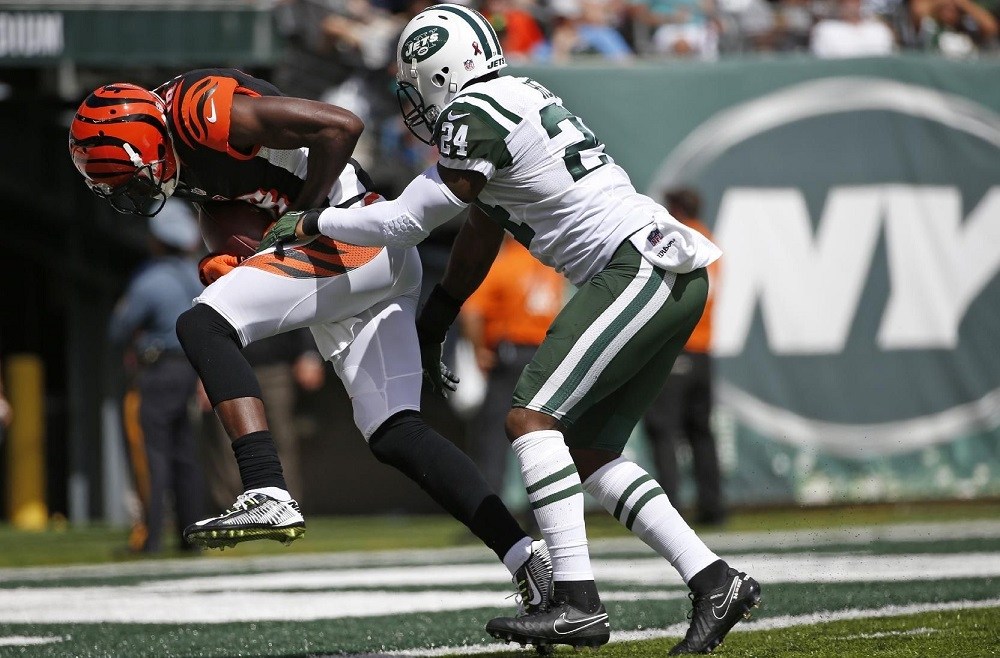 Analysts and fans alike have declared Revis Island closed, saying the king of the Jets secondary is washed up and done locking down the league’s best players.

Buffalo Bills head coach Rex Ryan, who coached Revis for years with the Jets, disagrees. Although Revis may be declining at 31, he’s still the best cover corner in the league.

“Everybody’s—they’re going to be down on Revis because he had a poor game or whatever,” said Ryan. “I mean, the receiver there in Cincinnati is pretty darn good, and if you’ve locked up man coverage with anybody, then it’s a tough situation. The thing about Revis is if he’s slipped at all as a player, he’s coming down from the very tip of Everest. That’s where he’d be coming down from. So how far down? I’m not sure, but I know one thing: I know the kind of player he is.”

If you ask me, Revis didn’t look like himself. Maybe his surgically repaired wrist was bothering him, but Revis wasn’t nearly as physical as we’re used to seeing him. Revis consistently gave Green room in pre-snap coverage, which is never a good idea with lightning quick receivers like A.J. Andy Dalton and the Bengals were not afraid to exploit this coverage for short gains and a longer touchdown in which Green simply burned Revis with no safety help. Whether or not his wrist is the issue is merely speculation. Either way, Revis promises to come back stronger after a weak performance in the Jets’ Week One loss.

“I can take a punch. For me, it’s about you don’t catch balls. That’s what it is. It’s not like I’ve never got a ball caught on me. It’s just small technique things. And that’s why we have corrections. There’s no game that you can come out of playing a perfect game. That’s just what it is. As easy as some people make it look or seem, it is what it is. You bounce back, and that’s why we play week to week.”

The Jets face the Bills on Thursday Night Football. You can live stream the game on Twitter, which should be interesting in and of itself.