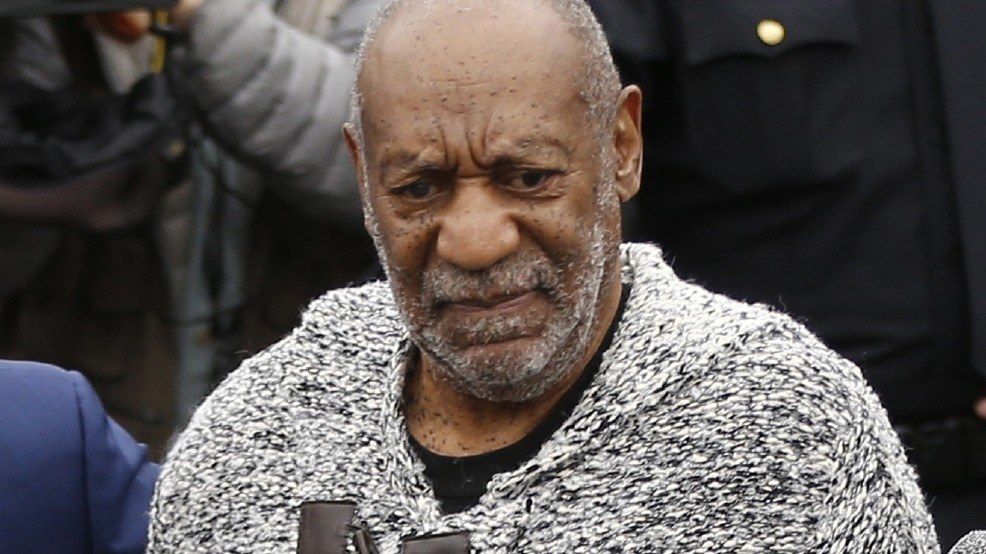 Bill Cosby isn’t so old that he doesn’t know how the internet works, but for some reason, the actor is trying to have his lawyers seal up that old testimony that cast the family first spokesman in a very different light to his fans. The testimony was taken apart, covered extensively and everywhere on the internet, so it’s a little odd that he’s attempting this now that the genie has long left the bottle.

Bill Cosby’s lawyers urged an appeals court Wednesday to reseal the comedian’s lurid, decade-old testimony about his womanizing, but the panel of judges seemed to think the request was pointless since the deposition has already made headlines around the world.

Members of the three-judge panel of the 3rd U.S. Circuit of Appeals reeled off a list of “the toothpaste’s out of the tube”-type metaphors to suggest that any damage to Cosby’s reputation from the release of the testimony has already been done.

Cosby’s attorneys hope a ruling in their favor could help them keep the documents from being used in the criminal case against him in Pennsylvania and in the many lawsuits filed around the country by women who accuse him of sexual assault or defamation.

But the judges questioned that strategy, too.

The other courts “don’t have to necessarily follow us. We can’t control them,” Circuit Judge Thomas L. Ambro said.

Cosby gave the testimony in 2005 as part of a lawsuit brought against him by Andrea Constand, a Temple University employee who said he drugged and molested her at his home. She later settled for an undisclosed sum, and sensitive documents in the file remained sealed.

In the nearly 1,000-page deposition, the comic known as “America’s Dad” admitted to several extramarital affairs and said he obtained quaaludes to give to women he hoped to seduce.

The documents were released last year on a request by media outlets. U.S. District Judge Eduardo Robreno found the public had a right to Cosby’s testimony because of his role as a self-appointed “public moralist” and because he had denied accusations he drugged and molested women.

In court papers, Cosby’s lawyers argue that the comedian had been assured confidentiality and that the “private and embarrassing testimony” would cause serious injury to the TV star, “who relies upon his reputation for his livelihood.”

Faced with a skeptical panel of judges, Cosby lawyer George Gowen argued Wednesday that there may yet be more toothpaste in the tube. But Ambro said it was already spit out and “down the drain.”

“You’re asking us to put it back, and we just can’t do it,” Ambro said.

Media lawyers argued against resealing the documents, saying that Cosby had not only spoken out on issues of marriage and morality but had profited from them through books, TV shows and advertising.

The appeals court panel, though, debated whether entertainers who speak out on issues are really public figures under the law, with a lesser right to privacy.

The judges have a number of options: They could find the issue moot and let the unsealing stand; find it moot but still reject the lower court’s “public moralist” reasoning; or rule in Cosby’s favor and reseal the documents, even if they could still be found online.

The judges gave no indication of when they would rule.

The former TV star’s lawyers say a ruling in their favor would allow Cosby to argue in the other cases against him that the testimony should never have been made public in the first place and should not be admitted as evidence.

The release of the deposition led prosecutors in suburban Philadelphia to revisit Constand’s 2005 police complaint and charge Cosby in December with sexual assault.

Cosby, 78, is free on $1 million bail while a state appeals court considers whether a former prosecutor had made a binding promise that the star would never be charged in the Constand case.