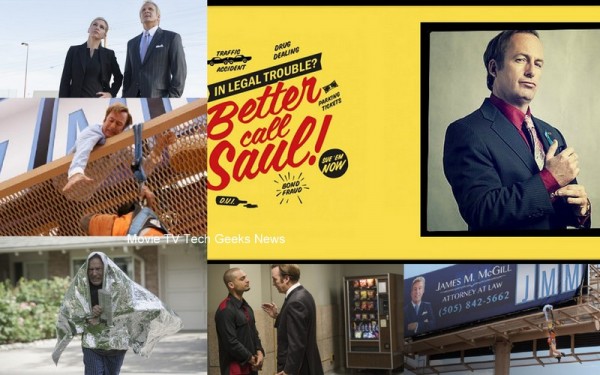 Jimmy McGill is a hero of sorts in this episode of “Better Call Saul” with the title being aptly enough called “Hero”. The up and coming lawyer is involved in an act of heroism, sorta, in this week’s show, but he is a hero to the underdogs of the world as well. He is at the bottom trying to claw his way up and most people who have ever been down on their luck can appreciate that.

We got a good flashback again this week showing Jimmy using his con artistry to get over on a fellow night owl. Jimmy and his newfound buddy happen upon a drunk guy in an ally and decide to take his already dropped wallet. Then Jimmy spots a nice Rolex that he is smitten with, so that convinces his acquaintance that he might want the watch for himself so he ponies up a few hundred for what turns out to be a worthless fake Rolex. Jimmy and the drunk acting guy in the alley celebrate later with a beer over their victorious scam. “Beer money is all we can hope to gain out of small time tricks like this though,” laments Jimmy.

Back in the present day Jimmy is still trying to talk the Kettlemans into going home from their little “camping trip” and simply giving the stolen money back. Betsy, the brains and backbone of the operation, wants no part of that and tries to bribe our boy Jimmy McGill. Betsy is very good at rationalizing what she and her husband have done. Jimmy says he can’t take a bribe, but will take the money as a retainer. Betsy says they can’t because, “you’re the kind of lawyer only guilty people hire.” Not exactly a compliment. 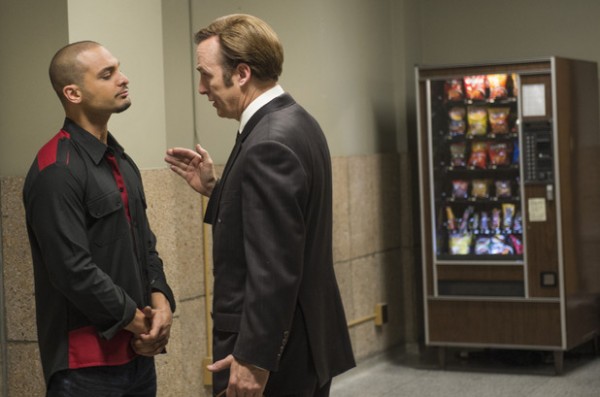 Once Jimmy makes his way back to the courthouse, he tells Mike how right he was about the Kettlemans’ location. This former cop is not enthused with this news and basically ignores Jimmy. The lawyer has more problems than trying to win Mike as a friend. Nacho is being released, but is highly pissed at his lawyer as he figured Jimmy ratted him out to the Kettlemans. Jimmy never admits warning them, but lets Nacho know that the good samaritan who did warn the thieving couple did Varga a favor before he was able to do anything really dumb.

Later we see that Jimmy did take the cash from Betsy Kettleman. It seemed clear she wasn’t going to hire him so we can only assume he took the bribe. “Upon this rock, I will build my church” Jimmy says as he makes plans for the stacks of cash. He starts by working on himself, getting tailored suits, a new hairdo, and generally spiffying himself up. He made these physical moves to appear in a billboard ad for his small law firm. He intends to copy Hamlin’s look along with the logos and fonts. 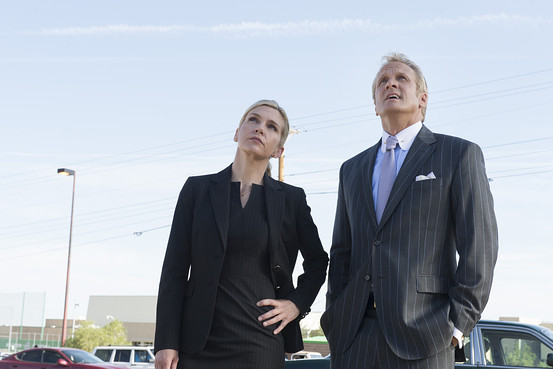 Once Howard Hamlin sees the billboard, he’s visibly upset and sends Kim over with a cease and desist order for Jimmy. She tells him he’s picked a fight he can’t win, which he probably knows. He and Hamlin get in front of a judge who ultimately sides with the polished Howard Hamlin. Jimmy can still used his last name the judge states. What a generous move by the honorable one! The billboard is ordered to be changed within 48 hours however.

I’m not sure how far out Jimmy planned this scenario, but it began to take shape as he tried to get some media attention to shame the big law firm that was bullying his little firm. He got no takers from the local news crews, so he paid a couple guys to shoot a piece on him as the billboard was being taken down. 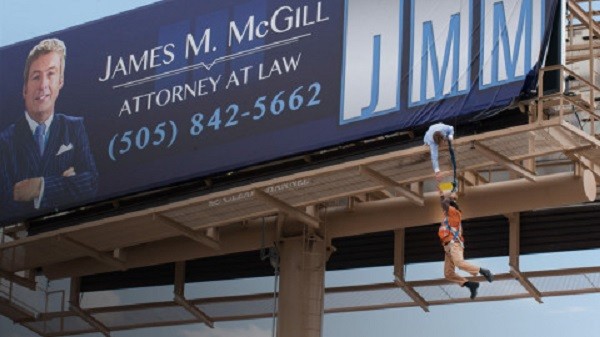 It seems like this little video of Jimmy being victimized by a giant company would be of little use. That’s when the sign worker slipped off the edge of the billboard framework and ended up dangling by a safety harness. Of course all this was being caught on film, and Jimmy decided he had to help the poor worker that was in grave danger. This was either a lucky break that would get immediate attention or Jimmy set the plan up himself to be a hero. The latter is exactly what happened. This was pretty shrewed thinking. No way the news would ignore a brave guy helping out a man whose life dangled above the hard New Mexico ground. This may be shady, but how else is a guy at rock bottom supposed to climb the ladder of success? The big boys like Hamlin will continuously step on his neck if he follows every rule to a tee. Rules are set up by the status quo, for the status quo. 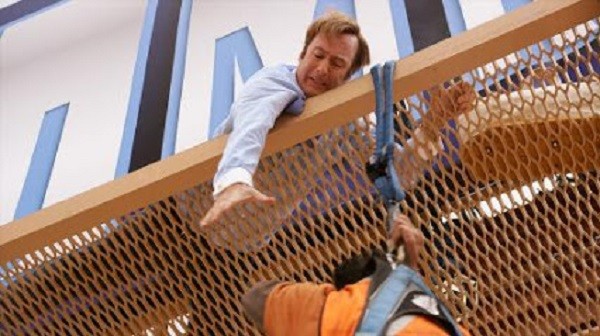 Jimmy’s little publicity stunt did the trick. The guy had seven messages on his answering machine at his salon office. That’s about a million percent better than his average to this point.

When Jimmy visits his brother Chuck, he tells him about how he is getting more clients now. Chuck thinks its word of mouth doing the trick and Jimmy certainly doesn’t want his brother to know about the con job he did on the media. He had to remove the Albuquerque newspaper from Chuck’s normal reading list to avoid him knowing the truth. Old Chuck is no dummy and knows something is up and intends to find out what once Jimmy is gone. He sees a neighbor’s paper and heads out to get it with a space blanket over his head and in full freak out mode. This outdoors experience is truly hell on Chuck McGill. Shockingly he makes it back to his place with the Albuquerque paper. Jimmy is right on the front page with all the details of his heroic acts. Big bro Chuck knows exactly what’s going on as the credits roll. 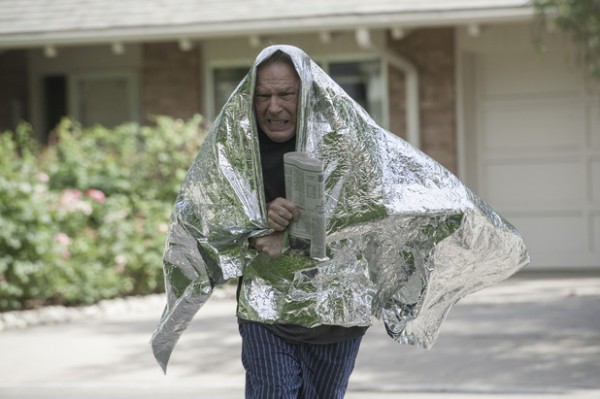 Even with Chuck knowing the truth, there’s little he can do besides fuss at Jimmy. A guy without the ability to walk outside without hyperventilating is not going to be able to put much pressure on anyone to do anything. Jimmy is on his way to another level of success with the seed money from the Kettlemans. All he has to do is get more and more clients. The more he gets, the higher number that will have some deep pockets that he can dig into. Even if he is the type of lawyer that can only get guilty clients, it’s pretty clear that guilty people sometimes have access to big stacks of money.