Home All News BETTER CALL SAUL Ep 3: Jimmy Gets In Some Nacho Business 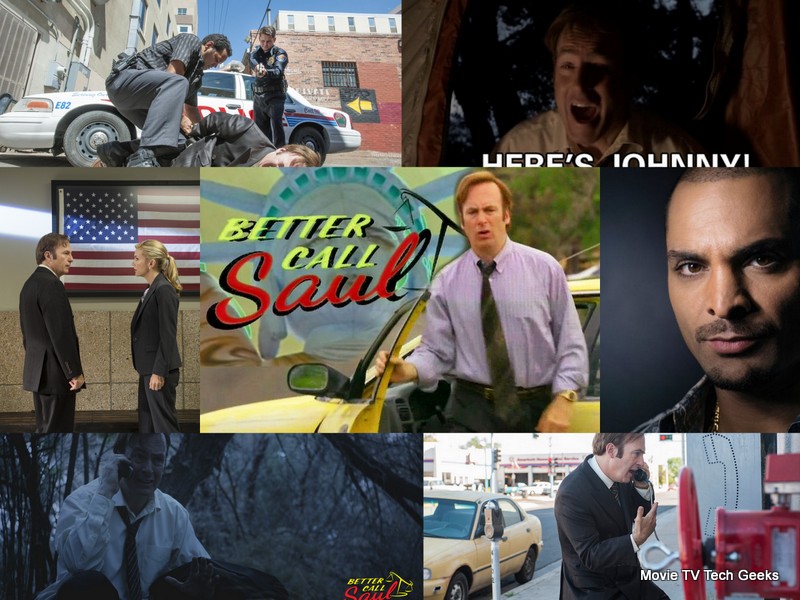 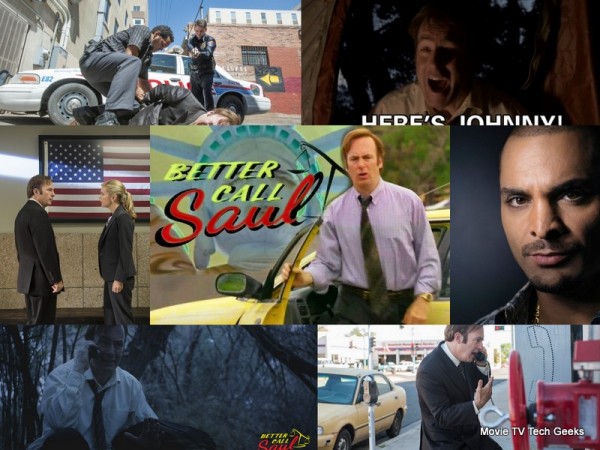 Jimmy McGill gets to work under pressure in this third episode of “Better Call Saul,”  and it turns out that’s when he does some of his finest work. The opening is a flashback to when his brother Chuck had to get him out of jail. Big brother was tired of having to bail out his troubled sibling. So Jimmy agrees to do whatever it takes to turn his life around. It feel like this is the point where Chuck forced him into the lawyer gig to help him turn things around, but as with “Breaking Bad” things don’t always seem to be what they are so we will have to see if that was the case. 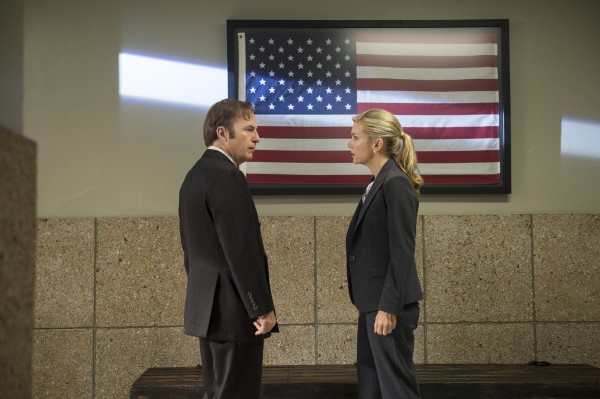 We bounce to the present day and Jimmy calls up his girl Kim Wexler from the Hamlin firm. It seems like he’s pumping her for intel on where the Kettlemans have hidden their money, as if Kim would know this info anyway. But then Jimmy once again shows his good nature as he mentions the embezzlers might be in some danger, which gets Kim’s attention. Our boy Jimmy plays it off by saying he is just drunk. Jimmy then goes super hero and into dummy mode when he calls to warn the Kettlemans from a payphone. He crafts a ridiculous paper towel mouthpiece to disguise his voice. He has to abandon that plan as Mr. Kettleman can’t understand a damn thing he’s saying. They finally get the message though. Apparently Mrs. Kettleman is a bit brighter than her husband. I imagine taking money from the county was her plan from the start.

Saul has to go to court the next day and he seems to do most of his hard work in the mens’ room. He pesters a prosecutor fresh off the toilet and gets a deal that he wants. Jimmy is a grinder if nothing else. Later as Saul, he’s polished. To get there took a lot of effort as he learned the game. 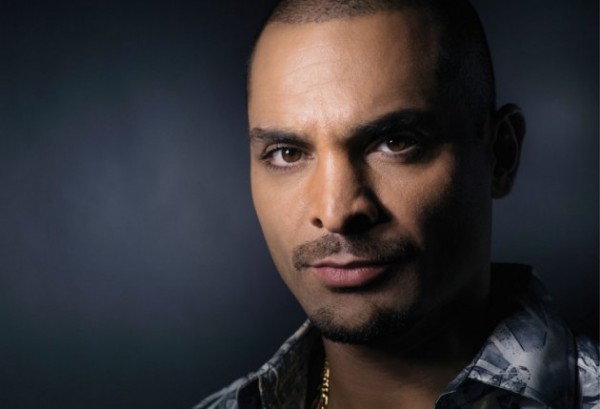 Kim calls Jimmy to ask about his warning and we see the Kettlemans are missing. It certainly looks like a kidnapping. Mike gave Jimmy a hard time at the booth before he left to see the crime scene. Jimmy finally got over on Mike as he evaded the fee, but it will come back to bite him no doubt. 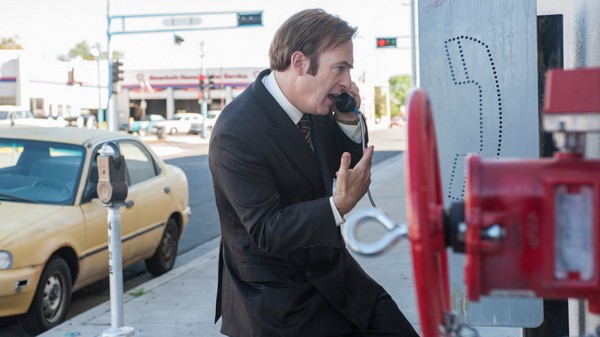 Jimmy tries to call Nacho from a payphone to get them out of this mess. But he gets no answer and is spending more on payphones than parking fees. Jimmy waits impatiently for a return call but ends up getting chased by some supposed bad guys. Turns out it is the police who have come to get Jimmy to take him to his client, Nacho. Varga is being held for questioning as his van was seen at the Kettlemans the night before they were taken. And some blood in the van made it look worse for the shady player. Jimmy uses a lot of words to make things appear solvable, but Nacho is pissed. He tells Jimmy that either he gets released today or McGill is a dead man. Pretty clear option. 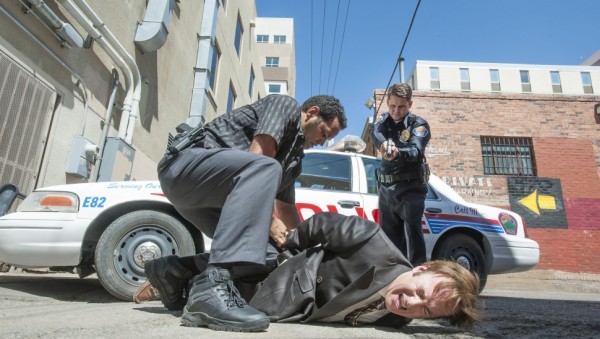 Jimmy gets to check out the crime scene to see if he has an idea what happened or to get another suspect. He picks up on the fact that the daughter left with her favorite doll. He thinks they left on their own and intact. The detectives are not trying to hear his story though so he has to admit to Kim privately that he warned Kettlemans himself. Kim is going to be collateral damage from any and all of Jimmy’s dealings that go wrong. He tells his lady that he has to find the Kettlemans so he doesn’t get whacked. 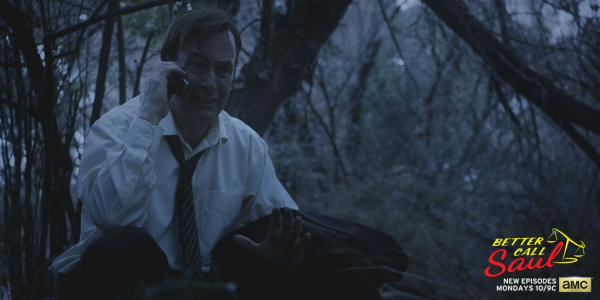 Mike Ehrmantraut gets his revenge on Jimmy via armbar when the lawyer puts his hands on the former cop. Jimmy gets the cops on the Kettleman case on his back for this little action and the detectives try to use Mike to get Jimmy to flip on Nacho. It backfires when Mike changes his mind and wants to drop any charges. Turns out old Mike believed Jimmy and tells him an old cop story that gives the parking bandit a clue as to where the Kettlemans may be. 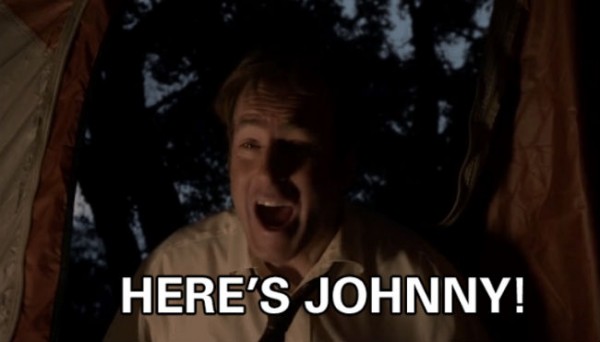 Jimmy, at his best under the pressure of being killed by Nacho if he fails, heads out to the Kettleman’s home. He sees an open gate in the back and just starts walking for miles. He hears some awful singing eventually and finds the genius crooks camped out in the woods with the kids. Kim is alerted by her boyfriend of her clients’ safety and heads to the tent with his “here’s Johnny routine,” which scared the hell out of the family. Good way to get shot too had they been armed. A struggle with Mrs. Kettleman rips open a satchel full of, you guessed it, straight cash homey. These people kept the stolen money real close, but now are at the mercy of a shady lawyer. This show has gotten viewers to where they can’t wait until next week’s episode, as each has gotten considerably better than the last. This spinoff has what it takes to make it long term on its own merit of seeing where so many of the characters we met in “Breaking Bad” got their start. 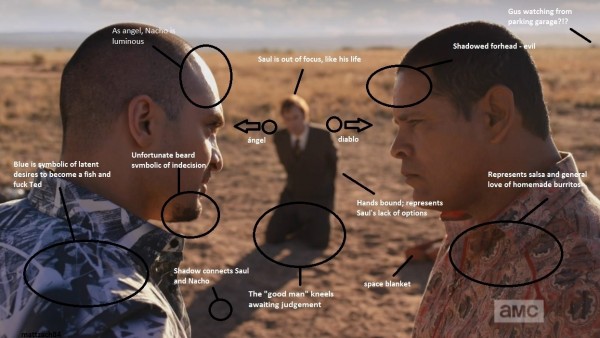