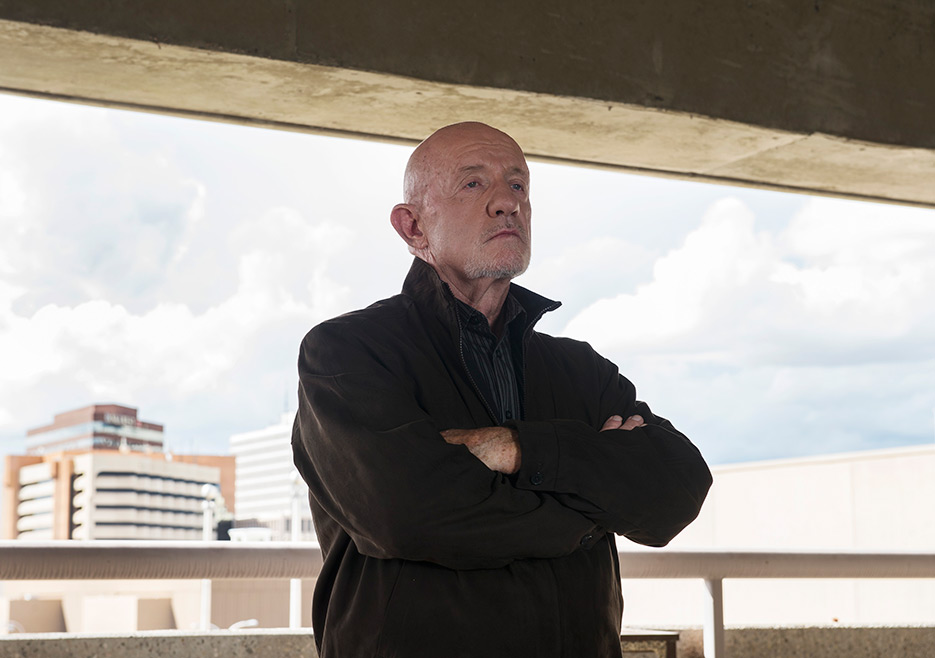 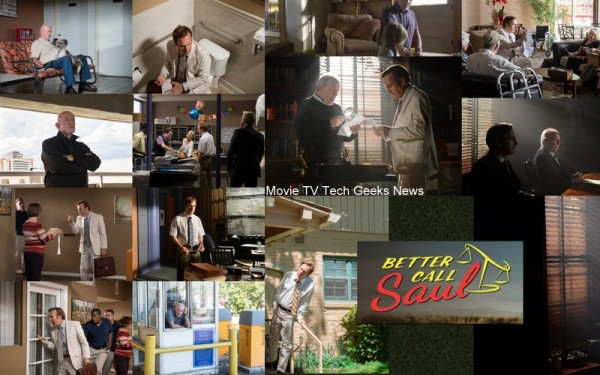 Rico is the name of this week’s ‘Better Call Saul‘ episode, and it’s not the name of another criminal that Jimmy McGill has to deal with. The show starts out with a flashback to Jimmy working in the mail room at the Hamlin law firm back in the days when Chuck was was becoming a living legend. He gets some good news in the mail and he is super proud to share the news with Kim and his brother Chuck. It seems Jimmy has been taking courses through the mail, before online college was prominent, and has passed the bar exam. For all we know he has bought the degree and just learned on the job. Jimmy is smart enough to pass the test no doubt, but he is not above taking shortcuts as we well know. 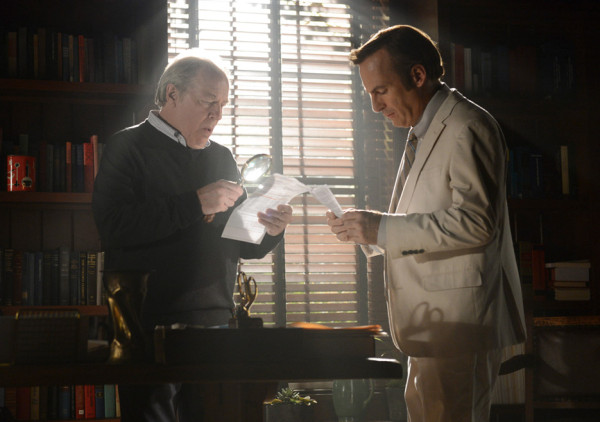 Chuck is proud of him, but doesn’t seem overjoyed that he wants a job at his law firm. Howard Hamlin is not feeling it either. He tells Jimmy that they can re-evaluate his job prospects in six months after a conversation we miss as viewers, telling him the reasoning behind closed doors. This private conversation may be no big deal or it could be revisited later on. We know Vince Gilligan never tires of flashbacks. 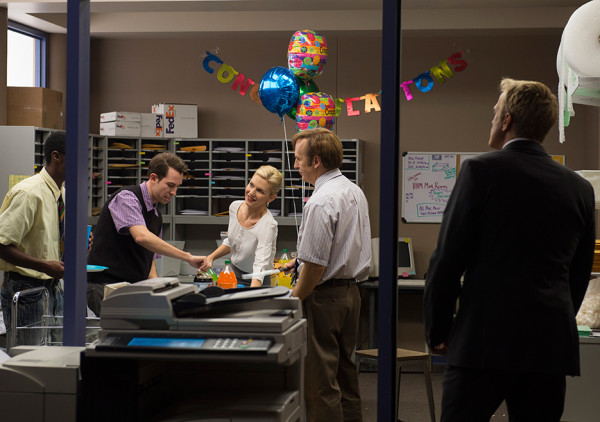 Things are going pretty well back in the present day. Kim gets back to her cushy office after being exiled temporarily due to the Kettlemans. Jimmy keeps the elderly clients rolling in with his genius marketing. His latest client he visits at her retirement home, Sandpiper Crossing. He does his thing, helping her craft a solid will. The trouble is that she only has about $40 to pay him. Her allowance will be coming in the next week so she can pay the rest then. It takes a minute for that allowance comment to soak in, but when it does he digs deeper and finds that the nice old lady is getting ripped off by the retirement home. They are simply billing her ungodly amounts for basic items like toilet paper. The sad thing is that this stuff really goes on in the real world. Where there is a little pile of money, shady people are trying to get their sticky fingers on it. This scam is pretty slick since it only gets each resident for a few hundred a month. That is low key enough to remain hidden, but very profitable when multiplied by thousands of elderly residents. 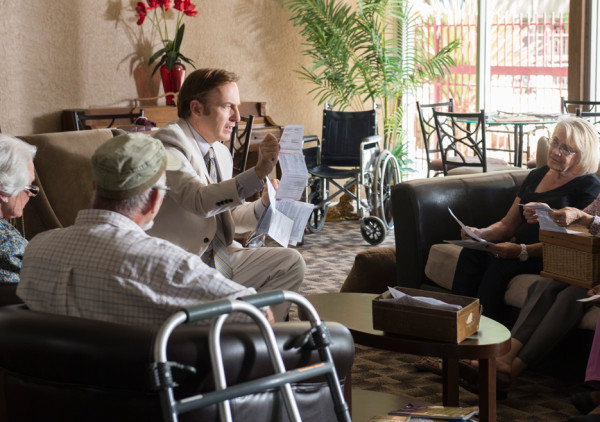 Jimmy goes to check in with his brother and tells him of the findings. Jimmy is planning on cashing in with a class action suit against the giant real estate group that runs Sandpiper Crossing and a string of retirement homes. According to Chuck, they need to establish a pattern of fraud to be able to get the ball rolling. 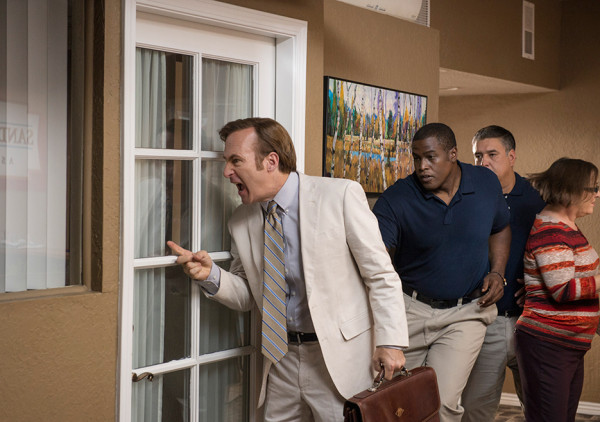 If Jimmy thought he was just going to stroll back into Sandpiper and take whatever evidence he wanted, he was naive. The watchful secretary / gatekeeper let him know he was no longer welcome there and he sees another employee shredding away in her office. Jimmy is a quick thinker and his go to move is to fake an upset stomach. I failed to see his reasoning since I am not a great legal mind like Chuck. He heads into the bathroom in order to craft a legal order, on the back of a legal pad and continued on a roll of toilet tissue. The guy is resourceful and absolutely tenacious. What he lacks in skill, he makes up for with a bulldog like determination. The legal order is to stop the shredding of evidence immediately. It may be of some help down the road, but in that lobby it wasn’t very effective as he was physically removed and the shredding continued. 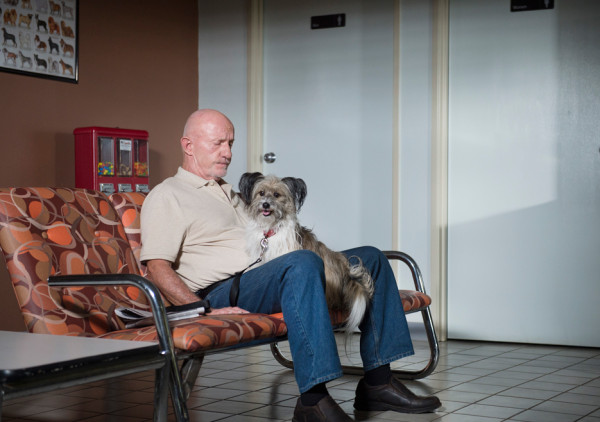 Mike got some good news when his daughter in law called to ask for his help with some babysitting duties. The rugged old guy could not have been happier to be of some help. 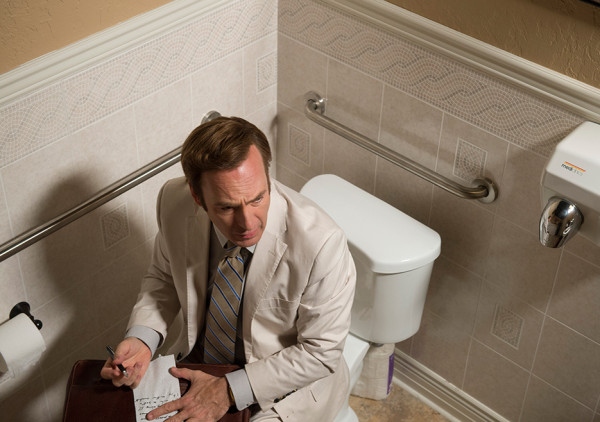 Since Jimmy couldn’t stop the shredding legally, he would have to get the evidence another way. That way turned out to be dumpster diving. You can only imagine the putrid smells of a dumpster used by a senior living community. I envision giant diapers among other horrific items. Being the cool character he is, Jimmy fields a phone call while inside the nasty dumpster, telling Sandpiper’s lawyer that he has to whisper since he is at the opera! Jimmy eventually finds the documents he sought in a much cleaner trash bin. They are all shredded of course and he heads to Chucks to try and piece some of the invoices back together. Most lawyers would have given up before jumping in a poop filled trash bin. They certainly wouldn’t try to tape together tiny strips of paper by lantern light. 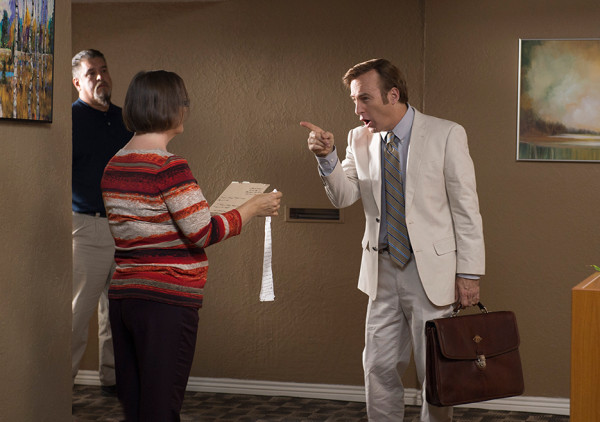 Chuck puts enough pieces back together once Jimmy passes out from exhaustion. Jimmy awakes to find his big bro has found the smoking gun needed along with another big factor that involves the RICO Act. Chuck is excited by this case and wants to work with Jimmy. This is cool for the sibling duo, although there is bound to be a conflict with Chuck being connected still with the Hamlin firm. Kim using their printers for case files is only going to muddy the waters even more. If Jimmy is able to get over on the Sandpiper crooks you can rest assured that Howard Hamlin is going to worm his way into some of the profits. 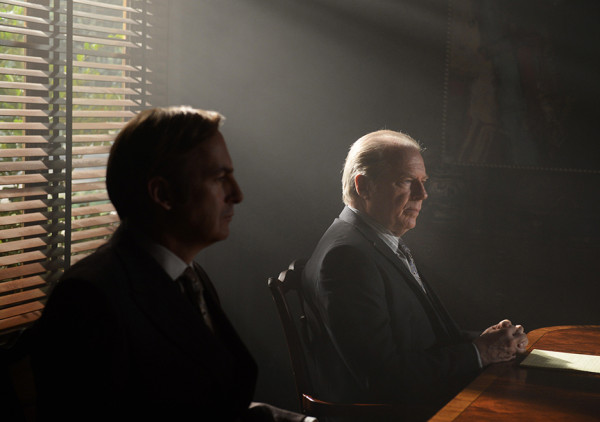 It seems like a weird place to meet, but I guess Jimmy and Chuck didn’t want to hide his affliction, so the Sandpiper lawyers sauntered into the unlit dining room of Chuck McGill. Crazy Chuck is not very steady for the meeting. He is really only there as a figurehead to intimidate the Sandpiper guys, who have been very respectful of his past work. Jimmy is on the attack right away while the Sandpiper team offers $100K as a settlement for what they are calling some accounting errors on a handful of residents. Nice try. Jimmy isn’t having any of that. Dude did not jump in a dumpster for such a piddly amount. He brings up the RICO Act since the facility has been buying some supplies from other states. The RICO Act is a real law that gives law enforcement lots of leeway when it comes to any criminal activity that crosses state lines, including fraud. The Sandpiper guys were very confident until this threat was put on the table. They were squirming immediately and the old legal shark smelled the blood. Chuck told them it would take 20 million dollars to make all this go away. Chuck was made for this profession. It’s too bad he has been hindered by his mental issues in regards to electricity. 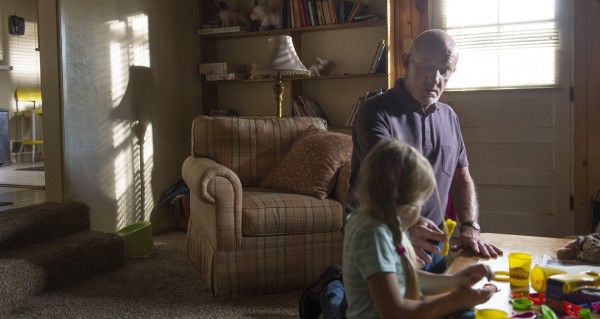 Mike is seeking work from the shady veterinarian who patched his gunshot wound up. Mike sees his daughter in law is struggling financially and he can be of little help working a toll booth. 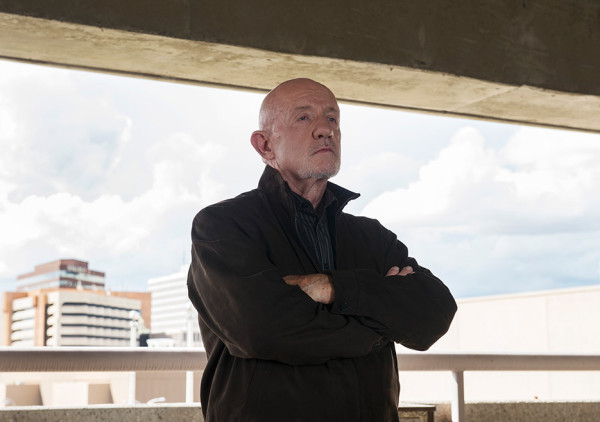 The last scene shows Chuck hard at work on this big case. He and his brother are a great team and has found his FLOW once again. He forgets himself as he does work he loves, so much so that he heads outside to retrieve a box from the car. He is cured….if only temporarily. The worst thing he ever did was stop working. Chuck IS a lawyer. Law is his practice. Without it,  his mallody met no resistance as it took over his life. 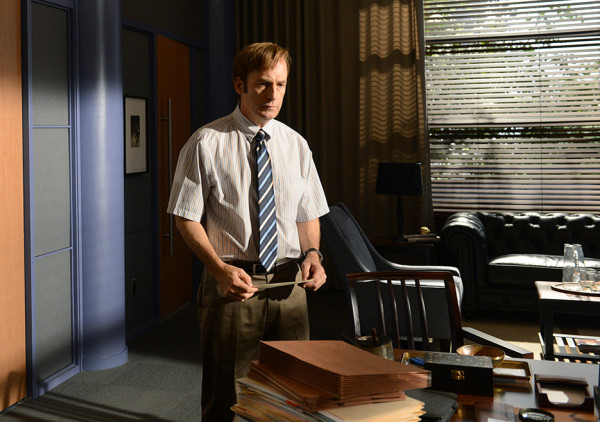 Just two more episodes remain this season and the second season is locked in already. This show has been a godsend for Breaking Bad fans. BB ended just when it should have without dragging on just to get ratings. BCS hasn’t been a replacement for an all time great TV show. It has been a very good addition that can stand on its own two feet.