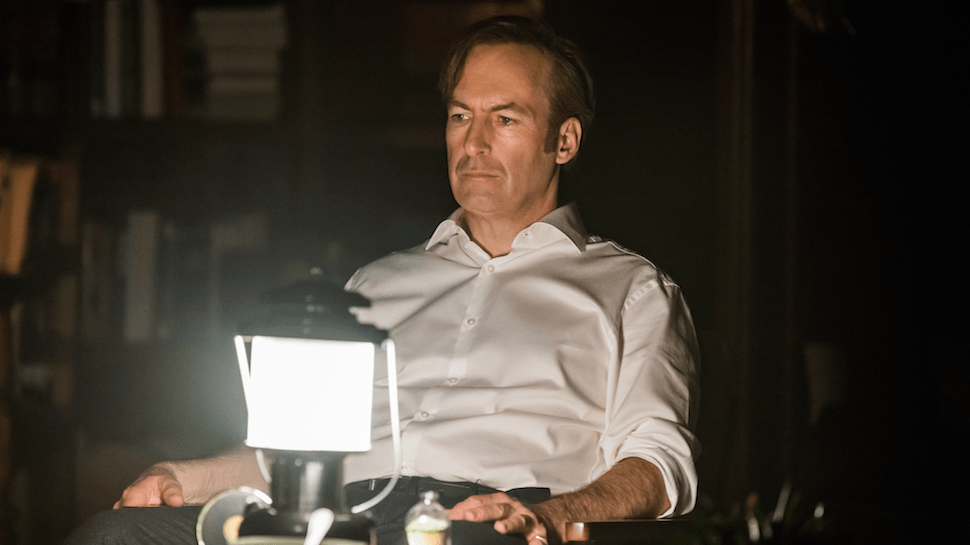 Only Donald Trump can stop what we saw in the opening scene of “Better Call Saul” this week. No way the Trumpster would allow an ice cream truck to pass through border inspection and head to Hector Salamanca with an illegal payload intact.

Yes sir, as POTUS The Donald will put an end to drugs coming in from old Mexico. Either that or announce that his entire campaign was a joke set up to see if America was really dumb enough to elect a former reality TV star to run the country.

In the opening, we see what could be the precursor to the way Gus had his meth delivered all over the southwest. The freezer truck that ended up at Hector’s hangout went through a short inspection at the border and was sent on its way.

And judging by all the popsicle sticks beside the hidden gun at mile marker ten, these shipments are a constant.

Jimmy and Kim are on the cusp of opening shop together, albeit as separate businesses. Kim is going to resign in proper manner despite Jimmy providing a loophole for her to quit and get to Mesa Verde before Howard can get his hooks in them.

Just like Jimmy expected, Howard’s first move after Kim quit was to call up Kevin from Mesa Verde. He was nice enough to forgive Kim’s student loan debt after she told him she was leaving HHM. He was right….she earned it.

Kim took a lot of abuse at Howard’s firm and should have been more appreciated. And now she’s about to rip a big client away as she got them on the line before Howard could. Mesa Verde was her catch in the first place.

Her meeting with Kevin and Paige went very well. She was upfront about the resources available at HHM but said she would be totally focused on them since she was a one-woman show.

“This is not beyond my capabilities,” she assures them.

Kim wasn’t too excited about the dental office Jimmy picked out for their home base, but she was geeked about how her meeting with Mesa Verde went. She’s normally ice cold, and Jimmy loved seeing her so stoked.

She felt like she had them in the bag even though it wasn’t official yet.

You could feel some grubby hands reaching for the rug. Ready to snatch.

A good way for Jimmy to develop a healthy hate for his brother would be for old Chuck to hurt Kim in some way. Well, he took it upon himself to help Howard convince Mesa Verde to stay with the “boring” old school firm by talking up Kim in a way that made her seem less detail oriented.

Even though I was hoping Chuck would collapse under the “stress” of electricity during the meeting, he got through it like a champ. Of course, he fell out like a chump right afterward, but the damage was done. Kim would be losing her only client. 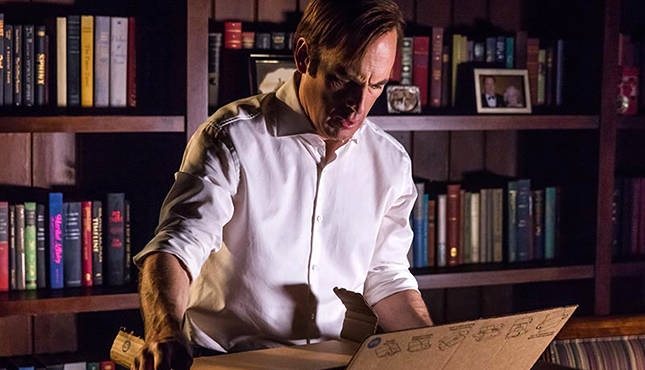 Jimmy didn’t have any fat cat banking clients to start up his solo biz. So he has to ramp up the marketing in a hurry. Dude should have gotten into sales. Would have been a millionaire without having to get involved with the likes of Gus, Mike, and Heisenberg.

Shooting a TV spot involving an old war hero (aka public masturbater) was Jimmy’s big idea. He got the help of the two film students once again and shot the clip next to an old war plane. This was an innocent little con to get a good scene for the commercial. And the military folks on hand felt good about meeting a “legend.”

It didn’t take Kim long to get cold feet. Losing Mesa devastated her, but Jimmy is unafraid. Dude is ready to roll….with zero clients. He knows he can bring in the paying customers. He landed the Sandpiper case and came up with the brilliant TV ad that had the phones ringing off the hook at Davis and Main.

What’s Mike been up to this entire episode? More surveillance work. He’s tracking Hector’s every move and now knows the gist of what’s going on with the freezer truck apparently. Mike has been very patient, and it’s going to pay off.

If I had to guess, his hose project Kaylee helped with will serve as a tire spike strip to disable the freezer truck. Then Mike is gonna take Hector’s shit. Not Negan style, but on the down low. Mike might even go Omar Little and try to sell the stolen cargo back to Hector through a third party.

As Chuck suffers from being in the office too long, Jimmy stops by to check on his brother. He is concerned about Chuck but pissed about his ripping off Mesa Verde from Kim. So Jimmy goes on the offensive. He takes a box of files belonging to the banking outfit and heads to the local print shop. 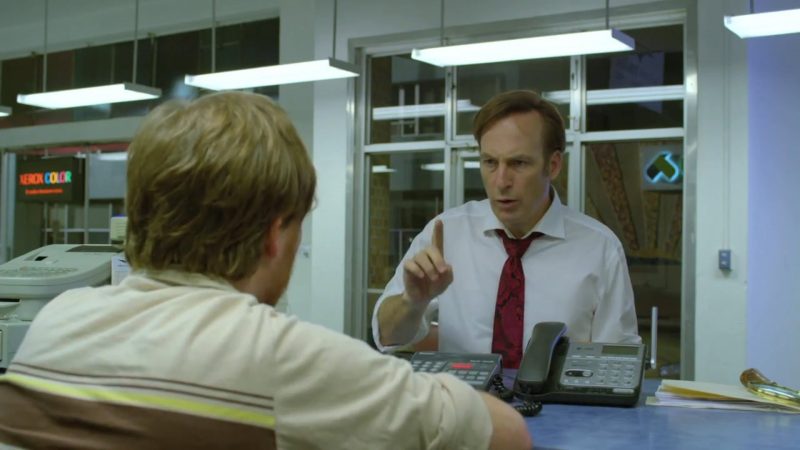 Jimm would be dangerous with Photoshop in 2016, and he was was hell with an Exacto knife, glue stick, and a copier back in the day.

Jimmy is making slight changes to the files so that HHM will have a few slip-ups that cause Mesa Verde to doubt HHM is capable of a personal touch like Kim promised.

Chuck makes Jimmy feel a little guilty as he thanks him for sitting with him while he is ill. “If the roles were reversed, I’d do the same for you,” Chuck tells him.

I doubt that’s true. This guy sabotaged Jimmy’s first shot at being a legit lawyer, so I don’t see him sitting bedside with Jimmy in an electromagnetic coma.

This little trick by Jimmy could come back to haunt him if Kim ever finds out. She wants to do things the right way. No cheating.

“Fifi” was not a breath taking episode, but we have to have set up shows along the way. That’s what we got this week. It set the stage for a rift between Kim and Jimmy that they may not survive, even though Kim could benefit from what her boyfriend did for her.

And we got just enough of Mike’s plan to tease us for the last two episodes. Hopefully Kaylee’s role in the plan ended with drilling the holes in the hose. She’s a bit young to be riding shotgun with grandpa.