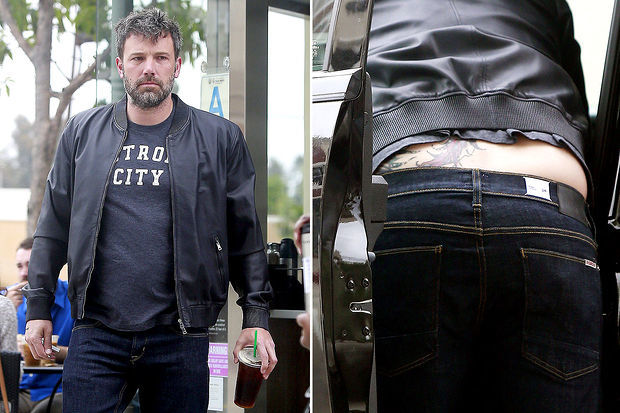 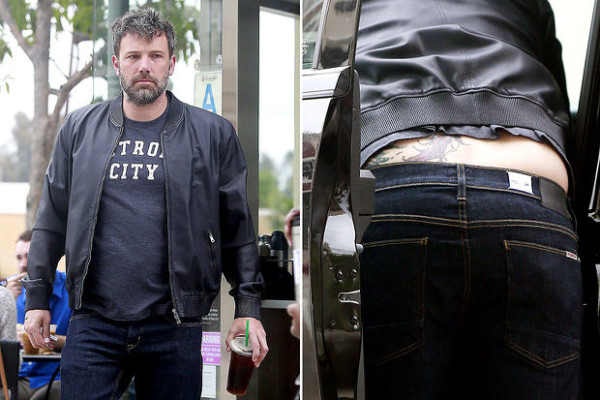 It’s not just young Hollywood getting inked up these days. It is reported that the huge back tattoo photographed on actor Ben Affleck’s back is, in fact, real. Earlier this week, Ben was seen on set of his movie Live By Night in Los Angeles. While the star’s bruises and injuries were for just the movie, the star also showed off a huge tattoo of a phoenix rising on his back. Most speculated that the prominent tattoo was also fake and simply for the role he is playing in the movie.

However, a source close to the star reveals that it is a real tattoo and that the actor has had it for a while now. The picture above we reported on many months back show a glimpse of what was being created. Now with the image below, you can see how it grew. The Phoenix, a colorful mythological bird, usually is known to symbolize rebirth and rising from the ashes. Therefore, it would be very fitting that Ben could have been inspired to get tatted up after his difficult public split from wife, Jennifer Garner, over the summer. 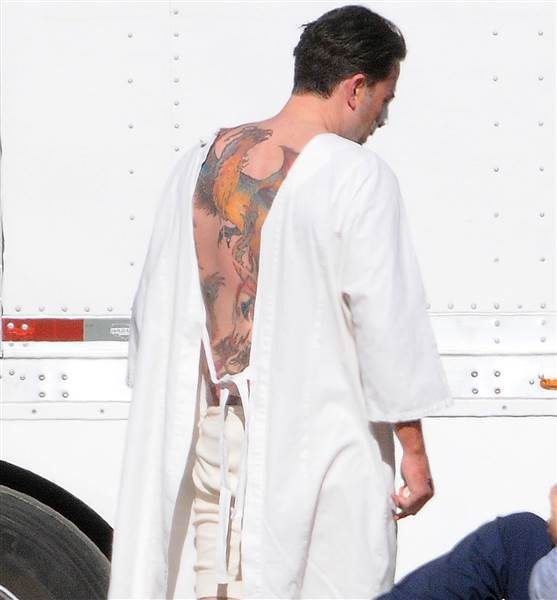 While the phoenix tattoo definitely makes a statement, it isn’t the only tattoo that Affleck has. The actor also has a tattoo of barbed wire on his right bicep, some initials on his shoulder blade, a dolphin on his right hip that was used to cover up the initials of a former girlfriend, amongst several others. 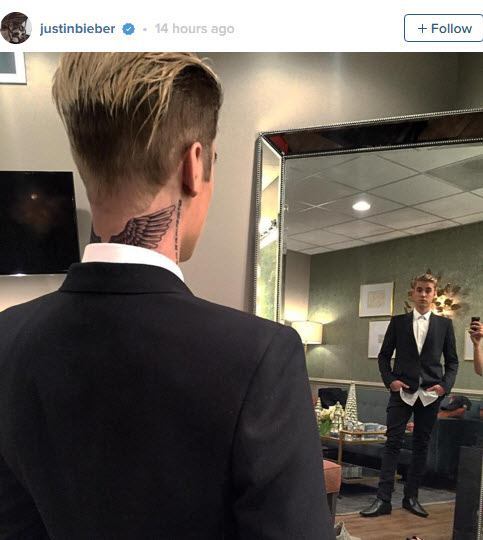 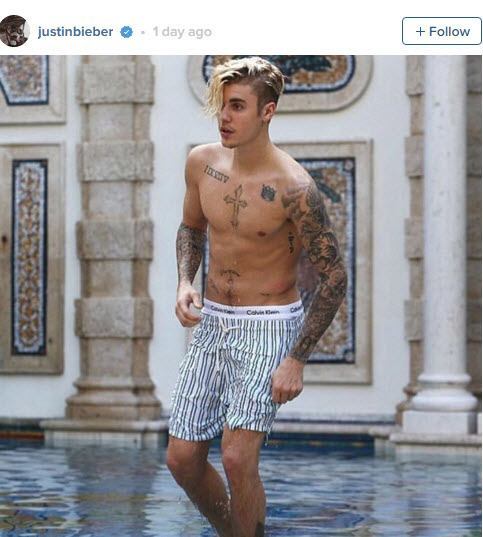 Justin Bieber didn’t want to be left out of the tat action, so he unveiled his new set of wings on Instagram. This joins the hordes of other tattoos that adorn his well-revealed body. 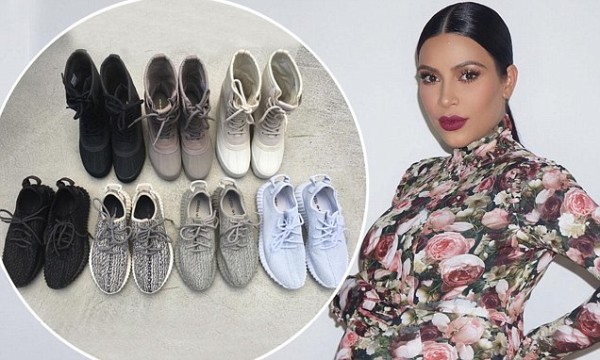 It looks like new parents Kim Kardashian and Kanye West are getting in the spirit of the holidays. While the couple is often criticized for pretty much everything they do, it is hard to find anything wrong with their latest stint.

On Twitter, Kim explained that she was watching television while breastfeeding her 5-day-old son, Saint West. Here, Kim stumbled upon a show called Dish Nation. On the show, there was a girl hoping to gather 1000 pairs of shoes to donate to the charity, Soles 4 Souls. After explaining the incident, Kim stated “[she knew] the designer of The Shoe of the Year Award,” thus insinuating that she was going to reach out to Kanye to help the girl reach her goal.

Kim’s tweet read, “I’m up breastfeeding & watching this show Dish Nation. I heard the cutest story of a girl who is trying to find 1000 pairs of shoes to donate to this charity [Soles 4 Souls]! They helped her during Hurricane Katrina. I think I know the designer of Shoe of the Year Award!”

Shortly after Kim announced, “Kanye and I would love to donate those 1000 shoes to Soles for Souls.”

I'm up breastfeeding & watching this show Dish Nation. I heard the cutest story of a girl who is trying to find 1000 pairs of shoes -cont-

Kanye and I would love to donate those 1000 shoes to Soles For Souls.

Afterwards, the Dish Nation and Soles 4 Souls’ Twitter accounts tracked down the girl Kim was talking about, Amelia Flores. Thus, just in time for Christmas, Kim and Kanye donated 1000 shoes to the charity under Amelia’s name.

Following this, some fans couldn’t help but exploit the situation and jokingly ask Kim to “donate” a pair of the incredibly hard-to-get Yeezy Boosts to them, the shoe Kanye designed and won the Shoe of the Year award for.

@KimKardashian I would love for you and uncle Ye to donate ONE pair of shoes to me lol Yeezys size 5 please ! Love you ❤️

@anthoful @KimKardashian if they are yeezy's, i am a soul in need of soles