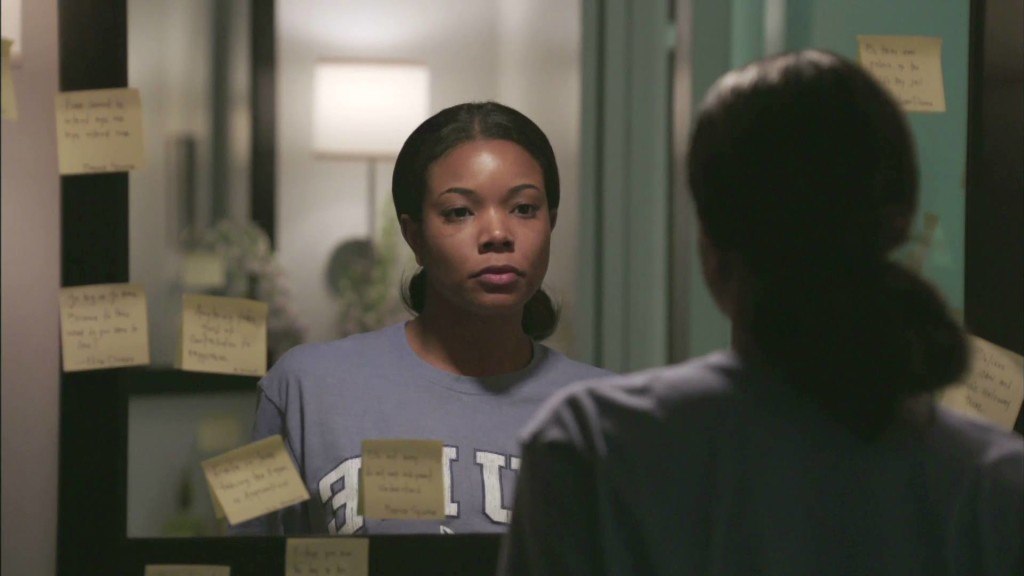 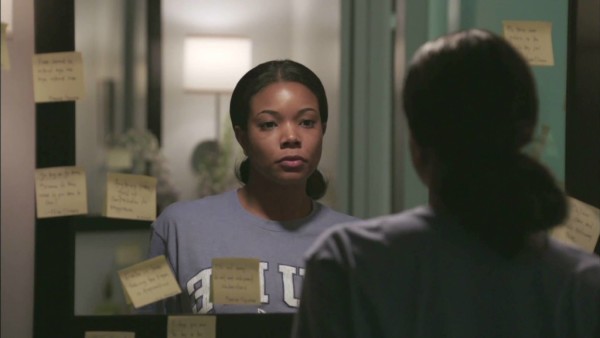 So next week we are set to get one hell of a season finale on Being Mary Jane. But that doesn’t mean they didn’t come with the drama this week because, trust and believe, they did.

The whole family sits down to a meal prepared by Patrick. He has really been on his game lately hasn’t he? While eating, MJ brings up the idea of the family creating wealth for themselves by everyone doing their part monetarily, especially since Niecy wants to buy a car and she hasn’t even started saving yet. They don’t want to hear what she has to say, of course, and in her words and leaves her at the table. “That’s why ya’ll don’t have nice things.”

On this episode, Mary Jane deals with feelings of selling out, which come up strong for her after guest speaking in a college class and learning that most young people, indeed, see her as a sellout, in particular because she gave up her old show for primetime. To them, it’s all about the money and fame for her but she doesn’t see it like that.

Her feelings of selling out ring even louder being that she finally has sex with her “white man can’t jump” lover. She is super bold in making sure they practice safe sex. I am not talking condoms here. I am talking at home STD kits and shit. He is taken aback but as she puts her charms on him, gives in. They do it, and thus she has finally had sex with her first white boy. But is it what she thought it would be? Well according to what she tells Kara, he exceeds her expectation, but it doesn’t seem that they were high in the first place. She comments that his penis is really pink and boy “do they love to chomp on the box.”

Back to MJ’s selling out situation; her feelings are further amplified when she pays a visit to CeCe at her bookstore during a lecture from an influential black author. After hearing the man speak and give advice to black mothers on who to protect their sons, MJ asks her extortioner if she’s a sellout and without hesitation she says, “Yes.” Their relationship is very interesting here because this woman that she meet through tragedy, who ends up being her blackmailer ultimately becomes a kind of mentor for MJ. CeCe tells her that she should go back to her old show to make an impact.

While MJ is dealing with herself, Patrick and Tracy share an intimate dinner with their daughter. After she puts her to sleep, she tells Patrick that she is ready for them to be a family again, which he said would happen when she got clean. Apparently he didn’t mean it as he tells her that she is the mother of his child and someone he had sex with not someone with whom he wants to build a family. Ouch.

Tracy is both pissed and concerned, so she pays MJ an unexpected visit and she is less than thrilled to see her at CNS. She tells her that despite what it may look like, Patrick is indeed using again, and she should know. Only MJ does not want to hear anything she has to say, does not believe her and kicks her out, not before threatening to have her arrested the next time she shows up, of course. Tracy calls her a bitch and tells her that she is right.

Now Mary Jane doesn’t totally disregard what Tracy says and keeps it in the back of her mind as the accusation clearly raises concern for her. As she mulls over what to do, she has taken CeCe’s advice and asked for her old show back… while still doing primetime. Her newfound “friend” paid her a visit and told her that she was wrong. She doesn’t need to give up primetime. She needs to do both because “our babies need to see you.” So what does she do? Goes into Greg’s office and makes a compelling argument about why he should give it back to her. And get this- he says ok.

Naturally, she wants Kara to do produce it but the Latina tells her friend that she can’t do it. She likes primetime; she likes the work she is doing revamping Mark’s show, and she has her boys. MJ hears her but still insists. Kara then suggests that MJ produces it herself, which initially makes her whine but then she entertains the idea.

In the end, the news that Tracy brought her about Patrick prompts her to do a type of intervention, which pisses Patrick off. To him, having their parents walk in on them as he tells her he’s taking a certain kind of drug to help him focus is a trap and one that brings about a very heated argument between Patrick and their dad; an argument that leaves both of them broken, hurt and in tears. Paul is tired of his son’s ways, and Patrick is livid and disappointed in his sister.

It was a deep one this episode and from the looks of what’s to come, there is more shock and awe to come.