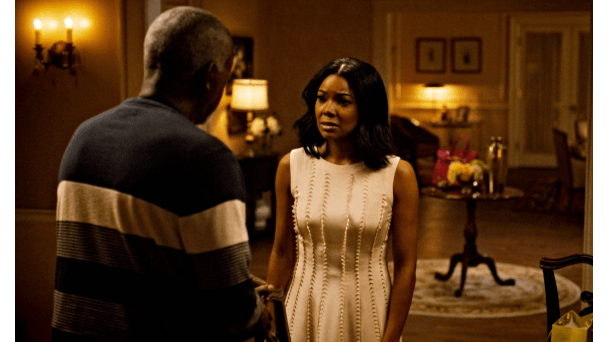 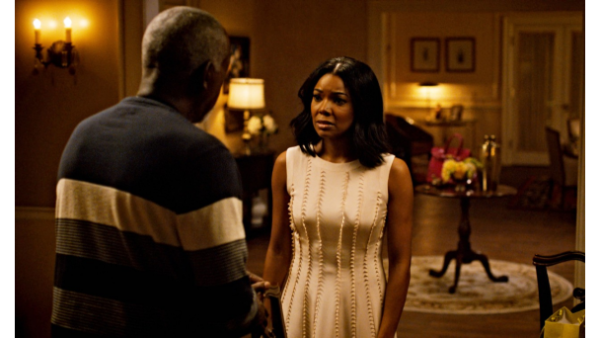 This week on “Being Mary Jane,” it’s MJ’s birthday, and she is going all about for it. As she’s cruising in her new Tesla throwing it up, she stops in her tracks when she drives past Mark’s house and sees a ‘for sale’ sign. She pulls into his driveway and confronts about his leaving, but there is nothing that she can say that will make him stay. He’ ready to go to Nigeria and whatever happens, happens.

As she’s going off on him, Patrick calls her because her mom fell and hit her head. She rushes to the house only to find Patrick cooking and her mother sleep. And when PJ shows up, it tips her off that they are more than likely throwing a surprise birthday party for her. Especially since they ask her to come back later to “help out with mom.”

The next day at work, Patrick seems to be excelling and is clearly getting better at his job. His co-worker invites him for some “donuts” in the break room, and we find out that what he really means is snort drugs. Come on Patrick, you know nothing good will come from this.

Niecy is school by her friends on how it goes when you work at the mall. According to them, everyone shares their discounts so that they can stay fly while on a budget. She looks hesitant but gives in to their plan.

They go shopping and plan to enact their discount, and it works like a charm. Nicey is hooked and promises to do the same for her next week for a flatiron.

Mark shows Kara the coverage package that he and his crew put together, and she loves it. They share a moment where he confides in her that he will miss her the most.

At work, Kara and the primetime team throw her a little party with cake and balloons. One of the crew members pulls her aside and asks her about her brother who works for a company in Los Angeles that has just been accused of bid rigging. She doesn’t believe that her brother is involved but says she’ll look at his email anyway.

She walks into the house with a “surprise” look on her face, but there is no party. In fact, it is empty. PJ finds her and tells her that she doesn’t need to stay because mom is good. “Damn, ya’ll really forgot my birthday.” She then confronts him about bid rigging, and he doesn’t deny it. He tells her he has everything under control, and she tells him that he’s the fall guy. “You need to get out now.” She keeps it real with him letting her brother know that $25 million (what he stands to gain from the deal) is a lot of money but it’s too dangerous.

Mary Jane gives her mother a bath, and she is clearly distracted. Helen tells her she’s fine and asks for a towel because it’s cold. She helps her mother to her bed and gives Helen her medicine. It’s a very somber moment. As she lies down, she moans about her leg and MJ messages it for her. It’s different seeing MJ not be the center of attention, especially on her birthday.

Downstairs, Nicey comes in with all her bags, and MJ goes in on her about spending half her paycheck on stuff that she doesn’t need. “Is it always going to be like this between us,” she asks her aunt. MJ’s dad takes up for Nicey, but it’s too late because she is pissed. She snatches her bags and walks away. But that is nothing compared to the bomb MJ drops on her father. While discussing their feelings about what Niecy should be doing, she confesses that she had an abortion. You can feel the hurt in her father’s eyes, not just at what she just said but at the fact that she feels forgotten because it’s her birthday. “Baby, come here, come here.” And he takes his daughter into his arms.

MJ goes home, and Mark is waiting for her with a mini cake. Mark has already sold his house.” You know us, gay boys, we are experts at curating houses that people want.” They talk about his going to London and then to Nigeria, and MJ is truly going to miss him. He tells her, “ I love you Mary Jane, and I don’t know everything.”

We see a flashback of his last broadcast and a going away party at work, and it’s bittersweet for everyone.

He and MJ dance the night away in her kitchen.