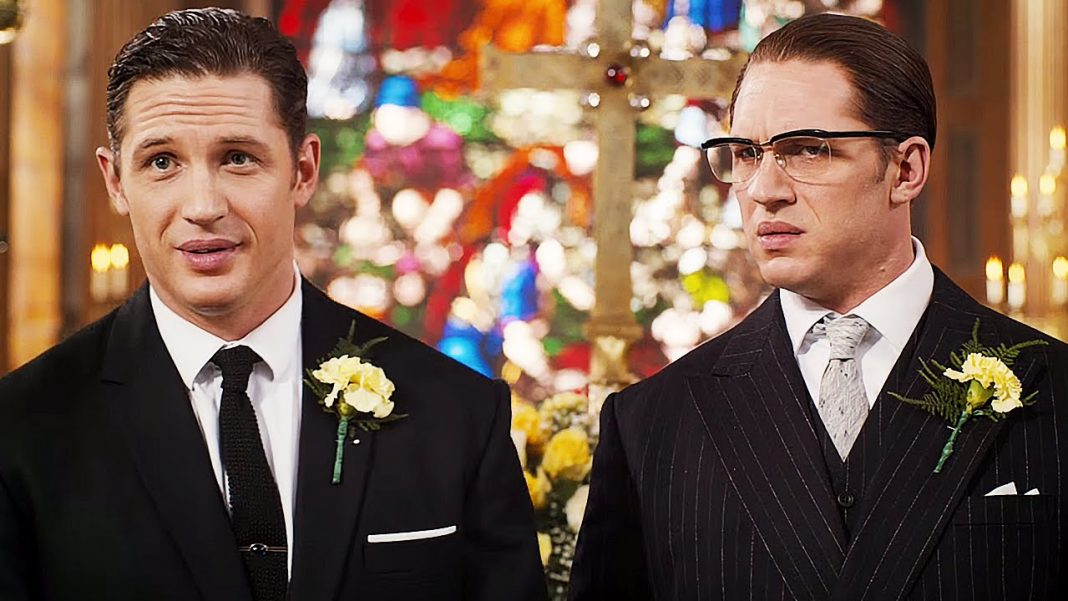 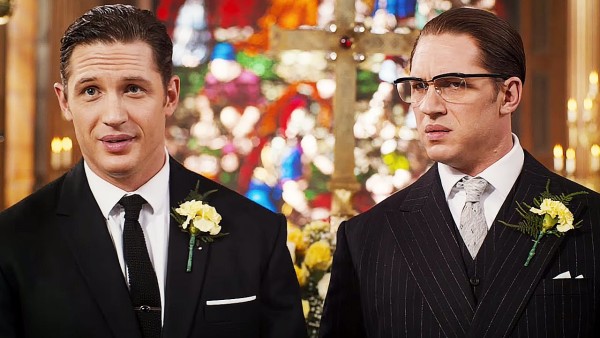 When you set out to make a movie about infamous historical figures like the Kray twins, you run the risk of the film not going over so well from the mere standpoint of how you choose to tell the story. And that what seems to be the consensus of Tom Hardy’s latest film “Legend.”

Set in the 1960 London gangster world, I personally think the movie is good, but I am looking at it from a filmmaker’s standpoint (story, emotion, cinematography, acting) and not taking into consideration the obvious historical inaccuracies it contains. I will be honest here, though, learning the truth through my research about the characters after the fact and matching that to what I saw on screen did lesson the effect of the movie on me. But I stand by my initial comment that Legend is good. So let’s look at what makes it good first.

Tom Hardy! The man is beautiful there is no denying that, and the awesome thing about him is that he is a damn good actor. I mean if you remember him in Inception, he stole every scene. So it really should come as no surprise that his portrayal of both Reggie and Ronnie Kray is magnificent. From the moment you first see him as Reggie, very smooth, debonair and strong, you are drawn to him. While his take on Reggie is definitely noteworthy, it is perhaps his interpretation of Ronnie that steals the show. He is a totally different person, in how he carries himself, his speech, his look his build, which is clearly seen when both characters are on screen together. Hardy really nailed the differences in the brothers, and that in and of itself is commendable.

As good as Hardy is in the movie (which really saves the film for me), there are some issue that I have with it that take away from the overall quality. Starting with the woman they cast as Francis Shea. Played by Emily Browning, her character narrates the movie, which was an interesting aspect being that she dies in the film (oh come on you know she dies). Her character is written as a weak woman who succumbed to the lifestyle of Reggie, the Kray brother she married, and his criminal activity. Along with that, and this is no shade to her, but the real Francis was not a skinny, helpless, innocent little girl. She, according to her own writings and the writings of her family, in particular, her niece Francis Shea, was wild and vivacious and voluptuous. The creators of the film stayed true to the size and personality of the brothers (for the most part) why could they not have done the same for the only leading female character?

The other issue I have with the film is that there is no clear cut climax. We see how the brothers interact with each other, how they deal with other gangsters, how Ronnie loves young boys, how Reggie is the mastermind behind the whole ring, much to his brother’s chagrin and how his love story unfolds with Francis. But what we don’t see and what we don’t get is a climax with a satisfying end. The two possible scenes, on of which I am sure Brian Helgeland (screenwriter) probably meant as the climax are Francis killing herself via an overdose and her brother finding her and Reggie killing one of his men during a Christmas party. But we shouldn’t have to guess, and neither one of them provides the feeling that the story has come to a high point and is now concluding.

My issues aside, the movie is getting a lot of flack because of the contents or lack thereof, in the on-screen story. The Kray twins are notorious gangsters so their story is very well known and the omission of the major aspects of their lives and business has not set well with people. For instance, the speculation that Reggie was also gay (and Ronnie’s lover) nor Francis’ leaving Ronnie two weeks after they married were addressed in the movie. Among those omitted elements are a host of other backstory misses that fans of the Kray twins just can’t get past and that has had an effect on the films reception.

I can get past all of that, however, because Hardy’s performance is that strong. If you are looking to learn more about the Krays from this film, then you will be disappointed. If you are looking for a good gangster flick, you will be disappointed. The truth is Legend is a movie starring a hell of an actor whose interpretation of the material given to him is worth seeing, and that’s pretty much the jist of it. I give it 3 1/2 out of 5 stars.