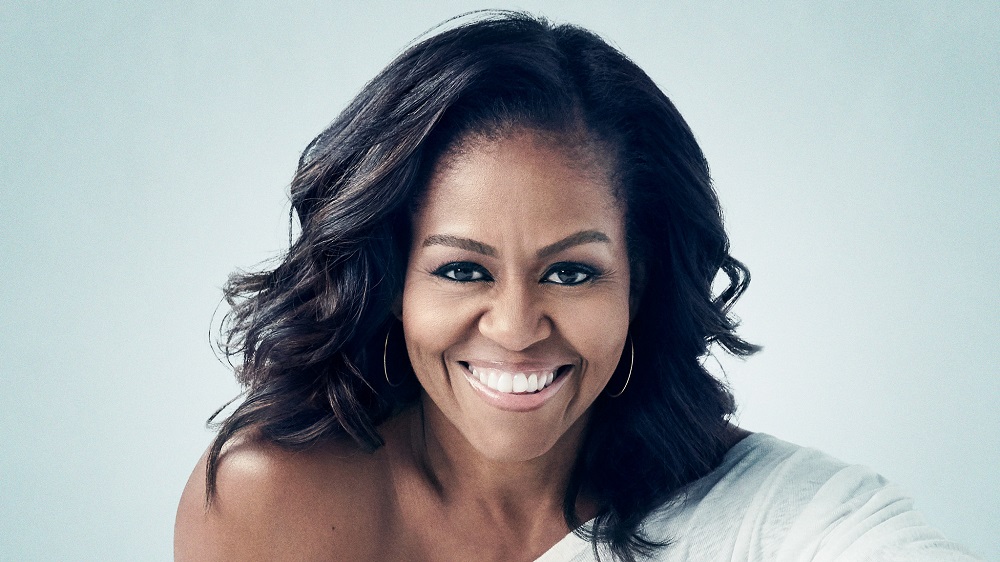 Michelle Obama is one name that everyone pays attention to, and when news hit that she’d be writing a book, we were hoping that it would be as open as she often was. It is, and “Becoming” is one book, you’ll want to get your hands on as it’s sure to be all over the media next week. You can pre-order one here.

Former first lady Michelle Obama blasts President Donald Trump in her new book, writing how she reacted in shock the night she learned he would replace her husband in the Oval Office and tried to “block it all out.”

She also denounces Trump’s “birther” campaign questioning her husband’s citizenship, calling it bigoted and dangerous, “deliberately meant to stir up the wingnuts and kooks.”

In her memoir “Becoming,” set to come out Tuesday, Obama writes openly about everything from growing up in Chicago to confronting racism in public life to her amazement at becoming the country’s first black first lady. She also reflects on early struggles in her marriage to Barack Obama as he began his political career and was often away. She writes that they met with a counselor “a handful of times,” and she came to realize that she was more “in charge” of her happiness than she had realized. “This was my pivot point,” Obama explains. “My moment of self-arrest.”

Obama writes that she assumed Trump was “grandstanding” when he announced his presidential run in 2015. She expresses disbelief over how so many women would choose a “misogynist” over Hillary Clinton, “an exceptionally qualified female candidate.” She remembers how her body “buzzed with fury” after seeing the infamous “Access Hollywood” tape, in which Trump brags about sexually assaulting women.

She also accuses Trump of using body language to “stalk” Clinton during an election debate. She writes of Trump following Clinton around the stage, standing nearby and “trying to diminish her presence.”

Trump’s message, according to Obama, in words which appear in the book in darkened print: “I can hurt you and get away with it.”

We purchased an early copy of “Becoming,” one of the most anticipated political books in recent memory. Obama is admired worldwide and has offered few extensive comments on her White House years. And memoirs by former first ladies, including Clinton and Laura Bush, are usually best-sellers.

Obama launches her promotional tour Tuesday not at a bookstore, but at Chicago’s United Center, where tens of thousands of people have purchased tickets — from just under $30 to thousands of dollars — to attend the event moderated by Oprah Winfrey. Other stops on a tour scaled to rock star dimensions are planned at large arenas from New York City’s Barclays Center to the Los Angeles Forum, with guests including Reese Witherspoon and Sarah Jessica Parker. While some fans have criticized the price as too high, 10 percent of tickets at each event are being donated to local charities, schools and community groups.

In “Becoming,” Obama shares both pain and joy. She writes lovingly of her family and gives a detailed account of her courtship with her future husband, whom she met when both were at the Chicago law firm Sidley Austin LLP; she was initially his adviser. Secretaries claimed he was both brilliant and “cute,” although Michelle Obama was skeptical, writing that white people went “bonkers” any time you “put a suit” on a “half-intelligent black man.” She also thought his picture had a “whiff of geekiness.”

But she was more than impressed after meeting him, by his “rich, even sexy baritone” and by his “strange, stirring combination” of serenity and power. “This strange mix-of-everything-man,” when she finally let him kiss her, set off a “toppling blast of lust, gratitude, fulfillment, wonder.”

But throughout her husband’s life in politics, she fought to balance public and private needs, and to maintain her self-esteem. She agonized over what she feared was a cartoonish, racist image. She remembered being labeled “angry” and, by the Fox network, “Obama’s Baby Mama.” At times, she feared she was damaging her husband’s 2008 presidential campaign, especially after conservatives seized on a line from one of her speeches — taken out of context, she notes — that for the first time as an adult she was “really proud” of her country.

The remarks faded from the news, but she sensed lasting damage, a “pernicious seed,” a “perception” that she was “disgruntled and vaguely hostile.”

As the first black first lady, she knew she would be labeled “other” and would have to earn the aura of “grace” given freely to her white predecessors. She found confidence in repeating to herself a favorite chant: “Am I good enough? Yes I am.”

“Becoming” is part of a joint book deal with former President Barack Obama, whose memoir is expected next year, that is believed worth tens of millions of dollars. The Obamas have said they will donate a “significant portion” of their author proceeds to charity, including the Obama Foundation.

Widely praised as a gifted orator and communicator, Michelle Obama has long said she has no interest in running for office, although she held a few campaign-style rallies before the midterms urging people to register to vote. The rallies were part of her work as co-chairman of the nonpartisan, nonprofit organization When We All Vote.

Last year, she launched a program to help empower girls worldwide through education. The Global Girls Alliance aims to support more than 1,500 grassroots organizations combating the challenges girls encounter in their communities.