Home Tech News Gaming Is it back to basics for Nintendo NX?

Nintendo’s upcoming console, the Nintendo NX remains mysterious. It will be powerful for sure. But there is one persistent rumor that has many people suffering from low-bandwidth and high-DLC excited. The Nintendo NX might make use of cartridges again. The downfall of the Nintendo 64, which has recently turned 20, was sticking to cartridges amidst the onslaught of optical media-based systems. But now that flash storage technology has become inexpensive and capable of keeping much more data than Blu-ray, Nintendo thinks it may be time to go back to basics and use cartridges.

While games today might be visually stunning, thanks to gigabytes of content from both disk and DLC, gamers sometimes have to contend with load times and mandatory game updates before actually getting to play a game. Games for new systems are sometimes released as incomplete base packages where the rest of the game has to be downloaded. For areas with slow or no internet connection, that could be a problem. There are games that are released with bugs that can only be fixed by downloading patches. Retro gamers look at today’s games with disdain at not being playable out of the box. Back then, just pop a cartridge in and it’s a go. There’s also the kids. Some games tend to be too complex, or as previously mentioned, have to be patched or updated before they can be played which may require the assistance of someone older. In other words, consoles and games today aren’t as easy to use, especially soon as Microsoft is planning to merge the PC with Xbox One through Windows 10. Nintendo might be onto something with planning to return to cartridges, but it’s a high risk.

Should Nintendo go ahead, NX cartridges could make use of micro-SD technology, modified into something proprietary to prevent piracy. They could contain from 16, 32, or up to 128 GB of content. That’s a lot of space for developers to work with if they’re still having problems cramming stuff into DVD or Blu-Ray. That’s good news for gamers as they don’t have to download parts of the games that didn’t make it to the game disk. 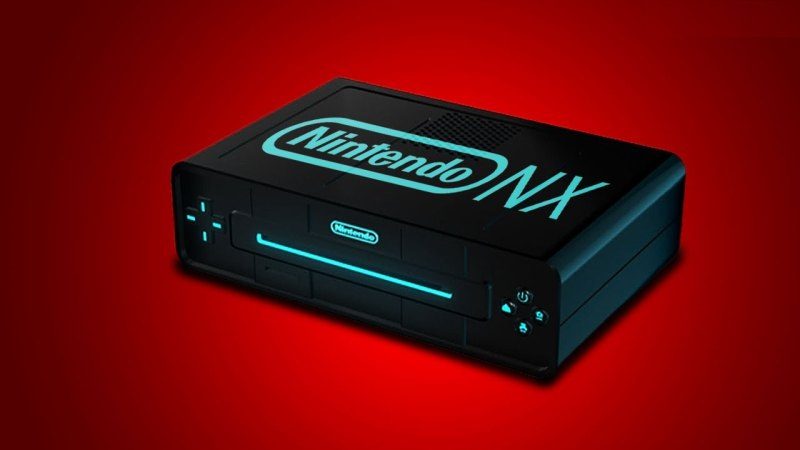 As optical media piracy remains rampant, it’s in the interest of game developers that Nintendo includes security measures on the NX and its cartridges just like it did for the NES/Famicom by using lockout chips. The tech could raise cartridge costs just a bit but chip production today isn’t as expensive as back then. As for game developers, this strategy of returning to cartridges could also ensure that games will be of higher quality. No more buggy releases because with this premise, the games need to function out of the box. Games would have to be completed before release unlike the case of Street Fighter V where the story mode became a follow-up download. The laziness will have to go. There would be a return of Nintendo’s seal of quality that games developed for the NX would have to pass through strict quality control.

That policy is one of the traits that gives Nintendo a non-conformist image in the games industry. Nintendo remains focused on family-friendly systems and games. The Nintendo Wii wasn’t as powerful as the PS3 and Xbox 360 but managed to go toe-to-toe because of its revolutionary control system. The Nintendo Game Cube may have adopted optical media but still used proprietary mini-discs. The Nintendo 64 kept with cartridges despite the popularity of the PlayStation and Sega Saturn.  The Wii U incorporated a tablet controller for off-TV gaming which unfortunately didn’t take off.

While Nintendo remains committed to family-friendly gaming with titles like Super Smash Brothers, Kirby, Mario and Zelda, it could take advantage of a neglected demographic consisting of kids below the age of 12 and make the system as easy-to-use as possible. A return to the old basic cartridge system will surely help, and the company will need all the help it can get as Microsoft and Sony are gearing up for updated versions of the Xbox One and PS4 respectively. Both companies will soon be into VR gaming, and hopefully, Nintendo could catch up in that arena as well.

The risk mentioned previously is whether third party developers are on board with the idea. These guys, make more money through downloadable content, in-game transactions and subscriptions. Paid downloadables and subscriptions enable some features in their games such as bonus levels, additional costumes and accessories, etc.  As a next-gen console, the NX could still be dependent on an internet connection, but its cartridge premise requires that the system should work without it.

The NX and its cartridge games should be plug and play. The system should be easy to use to appeal to kids as well as adults. The games should provide a complete experience and not be dependent on downloadable content, and for developers to be fully onboard, the cartridges should be inexpensive and piracy-proof. Developers could stuff in exclusive content to make the cartridges more appealing. Cumulative updates to their games can be included in new cartridge releases along with the exclusives. The cartridge idea for this online age sounds so crazy that it just might work and if it doesn’t, expect Mario and Link to be on Android-powered Game Boy phones.  Good luck to Nintendo.