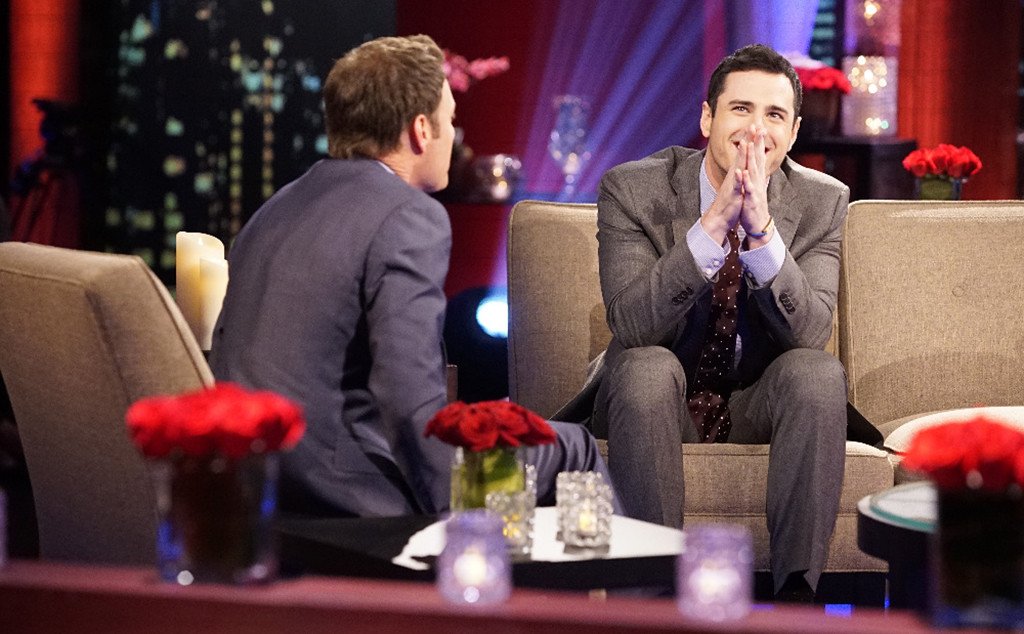 The time has come once again for ABC to air the “Women Tell All” special episode of The Bachelor. Every season the whole pack of contestants are invited back for a night of uncomfortable discussion facilitated by host Chris Harrison. Here, they get the opportunity to talk about their own personal opinions and experiences of being on the show. 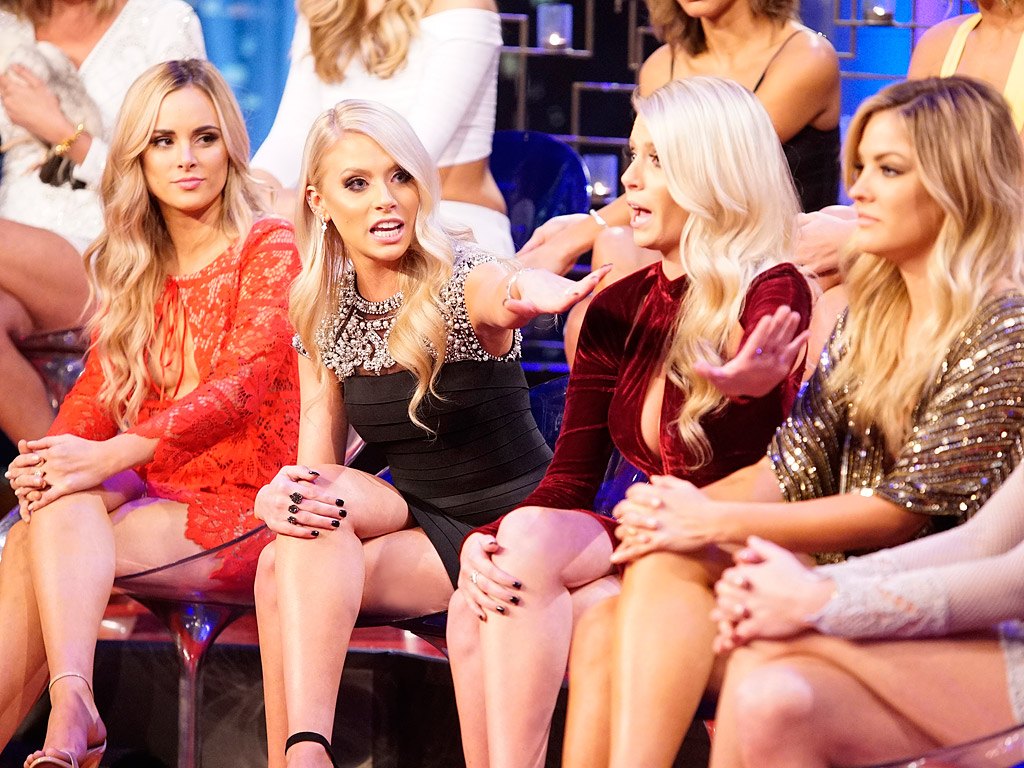 The night begins with just the 28 ladies and Chris, who watch a highlight reel of some of the most dramatic scenes of the season. This sparks a discussion all about the resident villain of the group, Olivia. Several of the ladies come to an agreement that Olivia was playing a very self-centered game and didn’t seem to be at the mansion for the right reasons (i.e. Ben’s heart). During this discussion, the ladies are interrupted when Tiara’s pet chicken Sheila (yes, the “chicken enthusiast” brought a chicken to the sit down) decides she had enough of listening to the bickering and “migrates south” as Chris puts it.

The first lady to take the hot seat is Jubilee, who managed to get herself into a fair share of spats with the other women throughout the season.  Jubilee tells Chris that she felt she was often misunderstood, as she is “different” from the other women. This leads Jami to call her out, as she was offended on numerous occasions when Jubilee claimed to be the only “real black girl” on the season. Both Jami and Amber, who identify as biracial, express their frustrations with Jubilee’s ignorance. However Jubilee claims she didn’t say anything that should have offended them in that way (although several of the women vouch for Jami and Amber’s side of the story). After the commercial break, Jubilee ends up confessing that she has a tendency to say “offensive things” and gives a seemingly genuine apology to the two girls. Jubilee gets a happier ending to her segment of the show, as she gets a pep talk from Chris Harrison and also reveals that she just became a sergeant in the military. 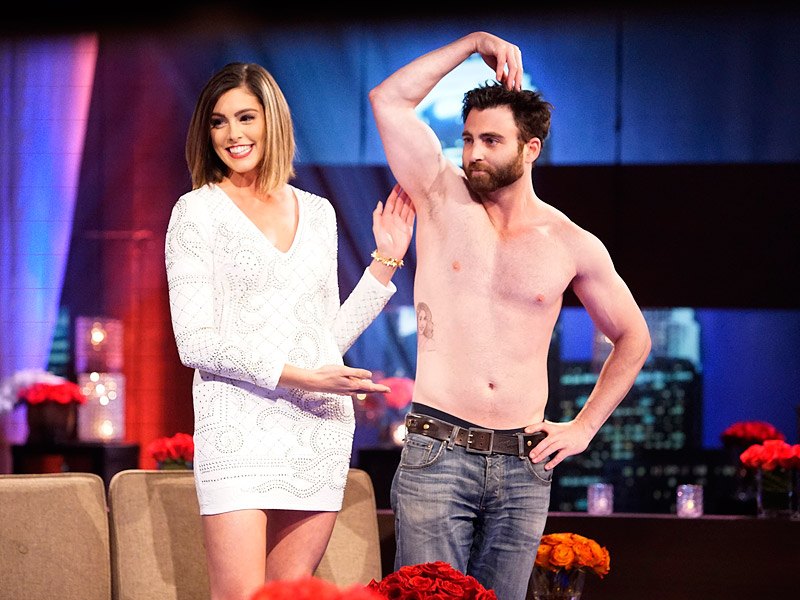 The next girl to take the hot seat is this season’s Ashley S. – aka Lace. From the get go, Lace was noticeably unique and spent most of her time on the show trying to convince Ben that she was not crazy. Unfortunately, this didn’t end up working, and she was sent packing pretty early on in the season. While talking with Chris, Lace is a lot more put together than before. She explains that she is much more self-aware after being on the show. Weirdly enough, in the middle of the sit down a male audience member storms the stage and proceeds to strip his shirt and show off a tattoo he got of Lace on his side. Lastly, Chris invites her to come join the cast of Bachelor in Paradise, which of course she agrees to.

Probably the most anticipated segment of the night was Chris’s sit down with the villainous Olivia. As expected, she gets torn apart by the other contestants. First the twins Hailey and Emily criticize her for slut shaming and then Amanda Stanton slams her for making the Teen Mom comment. Although Olivia is already noticeably emotional Amanda continues to scold her, saying, “My kids are my life. Being a mom is my jam. I just think that the fact that you felt so strongly that guys should be running the other way…a lot of people would be very offended by that.” Olivia ends up apologizing to Amanda, but she doesn’t let the other contestants off easy. She proceeds to come back at them for making fun of her (i.e. saying she has dragon breath).  In the end, Amanda accepts Olivia’s apology, but the majority of the other ladies don’t seem too interested in making amends anytime soon.

Afterward Caila, who just got eliminated unexpectedly last week, has a turn in the hot seat. Here she confesses that she still has strong feelings for Ben and never imagined their relationship ending the way it did (i.e. professing her love and then getting dumped days later). Even though she is still getting over Ben, she has an admirable outlook on the situation. She goes on to explain that she hopes to one day find someone who looks at her the way Ben looks at Lauren B. and Jojo (the final two).

Towards the end, the man of the hour (Bachelor Ben Higgins) finally arrives. He offers Caila his sincerest apologies and adamantly states that their relationship truly meant a lot to him.

Considering he is one of the blandest Bachelors the show has ever had, it really isn’t all too surprising that it was an incredibly civil night between Ben and his 28 exes. Amanda, who wound up introducing Ben to her kids while on hometown dates, wishes him a lifetime of happiness – which is basically what all the other women express as well. Throughout his relatively brief appearance, Ben was able to navigate his way confidently through the women’s various questions and, in the end, seemed to get their blessings in pursuing his relationship with either Lauren B. or Jojo.

The ladies’ well wishes were probably just what Ben was hoping for, as he confessed that he is deeply in love with the woman he ended up choosing. He goes on to tell Chris that he would “marry [the woman he choose] tomorrow if [he] could.” This prompts Chris to playfully reply, “What if I hold you to that?”

You can catch the finale of The Bachelor Season 20 next Monday, March 14 on ABC.

After saying, “I love you” to both the finalists, Ben has to decide whether he is going to shatter Lauren B. or Jojo’s heart during the final rose ceremony.