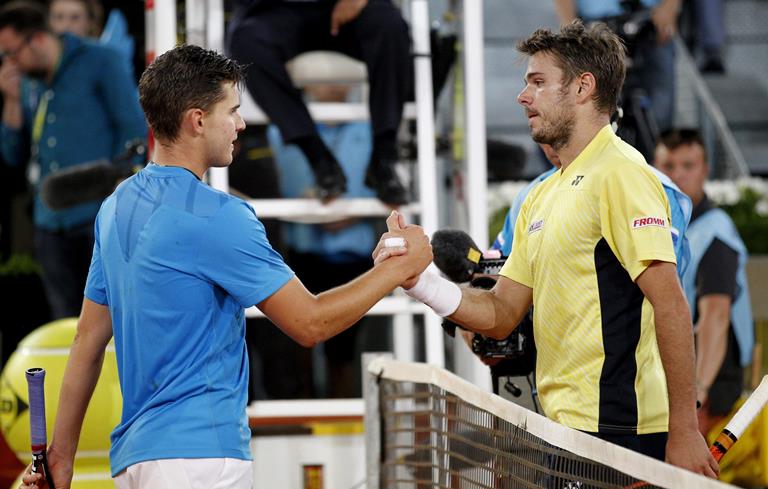 Don’t look now, but there’s a new title threat emerging in a big way. Dominic Thiem of Austria has been on the radar of serious tennis fans for quite some time, but with the way he has been playing he’s likely to be a player that even moderate fans will be aware of soon. Thiem claimed another title this weekend, winning the hard-court event in Acapulco, Mexico.

The 500-series title will see him get closer to a Top 10 ranking. As of Monday, he should be ranked as the World No. 14. Importantly, at the age of 22 there are no players younger than him that are also ranked higher. That projects well for Thiem’s future as some of the older players ranked above him will slowly lose ground to age while Thiem, a potential future No. 1, should still be improving for a few years to come.

Thiem defeated Bernard Tomic in the Acapulco final 7-6, 4-6, 6-3. The title capped an amazing February that saw Thiem only lose one match. Earlier this month, he also won ATP Buenos Aires and he now has an improving total of five titles in his career – four of them on clay and one on the cement.

But it’s not just the titles that are impressive for Thiem. What’s also more than head turning for this player is who he is beating. Besides Tomic, in February Thiem defeated Rafael Nadal, Nicolas Almagro, David Ferrer, and Grigor Dimitrov. The first three players in that list are bonified clay courters with numerous titles to their credits.

Following his title in Mexico, Thiem commented on his recent play:

“It was unbelievable. These three weeks have been amazing. Winning my first 500 title and first hard-court title, it was just perfect. It was how a final should be, between two young and up-and-coming players. I hope we’re going to play many more finals together. Both of us wanted to win so badly and I’m happy I was the one today.”

Thiem’s first title came less than a year ago as he defeated Leonardo Mayer in the ATP Nice 2015 championship. While the Austrian is yet to win a Masters Series 1000 title, he appears poised to challenge for one later this season. There’s some hard-court tennis to be played in the near future, a surface that Thiem is not as adept on as clay, but ahead of Roland Garros there’s still Monte Carlo, Madrid, and Rome.

Another titlist this weekend included Stan Wawrinka of Switzerland. The World No. 4 claimed the ATP Dubai title, also a 500-series event. He has to be feeling good about his accomplishment as Novak Djokovic was in the draw. However, it was an eye problem and not Wawrinka that took Djokovic out of the tournament. The Swiss player defeated a possibly resurgent Marcos Baghdatis in the final, a player that has otherwise done very little on tour lately.

After the Dubai final, Wawrinka stated “I’m really happy to have another trophy. It’s an amazing feeling, especially today when I was playing some really good tennis. It was a tough final against Marcos. We always play some tough match.”

The other tournament that was played last week was ATP Sau Paulo. Pablo Cuevas claimed that title through Pablo Carreno Busta in the championship match on Sunday for the 250-level title.

This week week is an off week for regular tour events. However, the Davis Cup will be played at various locations throughout the world. Indian Wells and Miami will follow, with Thiem and Wawrinka both contenders for late-round appearances.