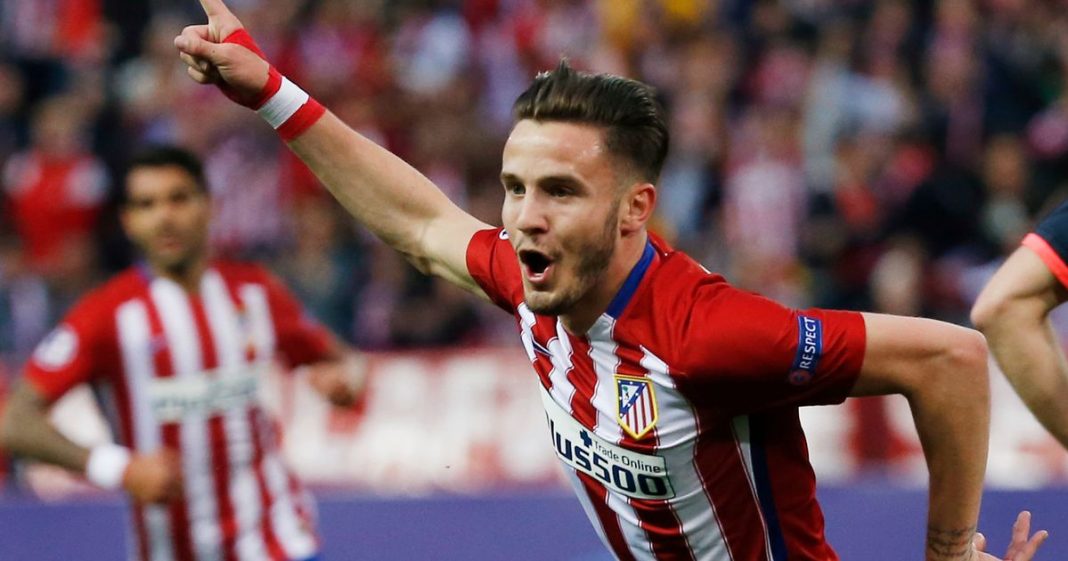 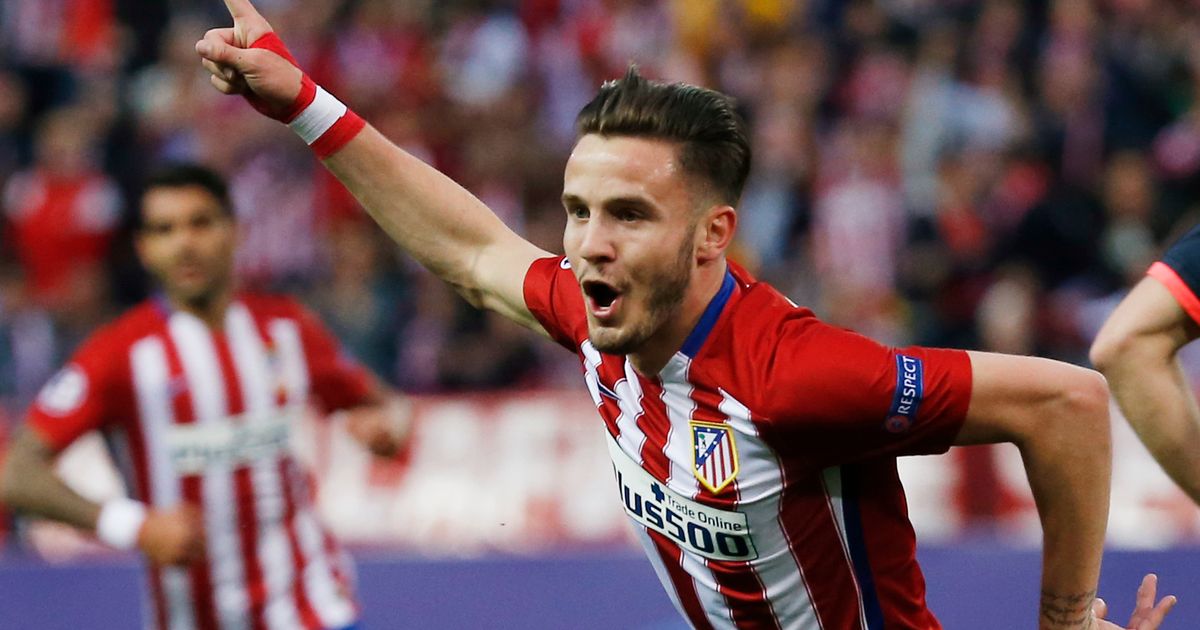 Atletico Madrid vs Bayern Munich promised to be an enticing encounter on so many levels, and it more than delivered. The defensive game of Diego Simeone against the attack-minded Pep Guardiola. The best defense in Europe against one of the most fluid attacks on the continent. Two European giants head-to-head for the first time in a European fixture after a gap of 42 years! There are just too many subscripts to this game.

Saul Niguez’s first-half solo strike proved enough to hand Atletico Madrid a narrow 1-0 victory over Bayern Munich in the first leg of their Champions League semifinal at the Vicente Calderon.

The Spain under-21 international’s early wonder goal handed the Spanish side the edge ahead of next week’s second leg at the Allianz Arena.

Arturo Vidal came closest to netting an equalizer for Pep Guardiola’s side, but the home defense worked hard to keep his and his teammates’ efforts out as they recorded their fifth consecutive clean sheet.

Diego Simeone’s hosts began to press from the start, and Fernando Torres came close to opening the scoring in the first five minutes, but his drilled shot from 20 yards out was blocked by David Alaba.

It did not take long for Atleti to break the deadlock as 21-year-old midfielder Niguez took on the Bayern defense alone from 40 yards out, dribbled the ball past three more opponents before curling it into the bottom corner with a beautiful finish past the diving Manuel Neuer to hand his side the lead after 11 minutes.

Bayern almost leveled two minutes later before Vidal’s header was sent out for a corner, and Xabi Alonso’s resulting set-piece was finally made safe after Vidal’s further effort was collected by home goalkeeper Jan Oblak.

Vidal won a free-kick just inside the right touchline which was taken by Douglas Costa, but he was just short as he fired into the side netting as Bayern looked to get back into the match midway through the first half.

The Bavarians continued to press for an equalizer as the half wore on but Philipp Lahm’s effort was blocked by Jose Gimenez, while – down at the other end – Antoine Griezmann’s close-range effort was toe-tipped to safety after a break for Atletico.

Oblak was called into action again 10 minutes before the break as he made a diving save to deny on-loan Juventus teenager Kingsley Coman before Vidal fired a shot wide.

Javi Martinez did well to head goalscorer Niguez’s cross out for a corner before it reached the waiting Koke at the near post while Juan Bernat sent the ball sailing high over the crossbar just before the break.

The visitors started the second half the brightest as Guardiola’s half-time team talk looked to have made an impact, Alaba’s long-range strike only denied by Oblak’s crossbar eight minutes in.

Moments later, the Atletico keeper did well to hold out Javi Martinez’s header and hold onto his clean sheet for a little longer as the German side continued to dominate possession.

Robert Lewandowski was unfortunate as his effort across Oblak’s goal rolled just wide before Guardiola brought on Franck Ribery for Coman in an effort to bag an equalizer.

Bayern’s frustrations started to get the better of them, and Vidal conceded a free-kick with 20 minutes to go for bringing down Gabi, but Douglas sent his weak shot over the bar as the home side searched for goal number two.

Torres then struck the post from close range and – on the rebound – Koke’s drilled shot was comfortably kept out by a diving Neuer.

Bayern battled on for a leveler but Oblak denied Vidal late on as the home side held on for a narrow victory.

Atletico Madrid caused a massive upset in their quarter-final fixture against Barcelona as they ousted the reigning European champions after a 3-2 aggregate result. Not many favored Simeone’s charges to get the better of Luis Enrique’s men and, especially after the first leg at the Camp Nou that ended in a 2-1 reverse for the Madrid side. But if there is one thing that Simeone has instilled in his side it’s their resolve to fight till the very end. And that’s exactly what they did to get a memorable 2-0 win at the Vicente Calderon.

Bayern Munich last won the Champions League in 2013 as they became the first German team to win the treble. And with Guardiola on his way out at the end of the current campaign, his team will be eager to give their manager a memorable send off by winning the European final at the San Siro.

The last time the two teams faced each other was in the final of the European Cup way back in the 1973/74 season. The game was played at the Heysel Stadium in Brussels, and the Madrid outfit appeared on the verge of ultimate glory when the legendary Luis Aragones put his team ahead in 114th minute, but it was not to be as Hans-Georg Schwarzenbeck struck in the 120th minute to ensure a re-match.

It was a slaughter for Atletico Madrid in the game played two days later as Bayern Munich won 4-0 with a brace each from Uli Hoeness and Gerd Muller.

Atletico Madrid are still looking for their first European Cup triumph and getting past Barcelona as well as Bayern Munich in successive encounters will make them favorites no matter who they face in the final on 28th May.

But they have a formidable opponent in front of them. Bayern Munich have won the last three German titles and look all set to win a fourth this season. They are amongst the elites of Europe having being crowned the European Champions five times in their illustrious history.

And not just the past, they have an irrepressible squad capable of getting past anyone. Guardiola’s management has made them capable of overcoming all sorts of challenges as they illustrated in their win over Juventus in the last 16 when they overcame a certain ouster from the tournament to keep their campaign going.

Guardiola has ensured that his team doesn’t just rely on short passing but are also adept at employing long balls whenever there is a chance to be exploited.

The absence of Diego Godin is a big blow for Atletico Madrid, but trust to Simeone to get the best out of whoever replaces him. This game is very hard to call.