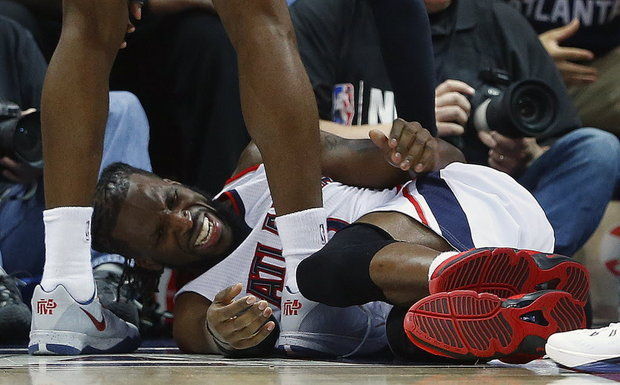 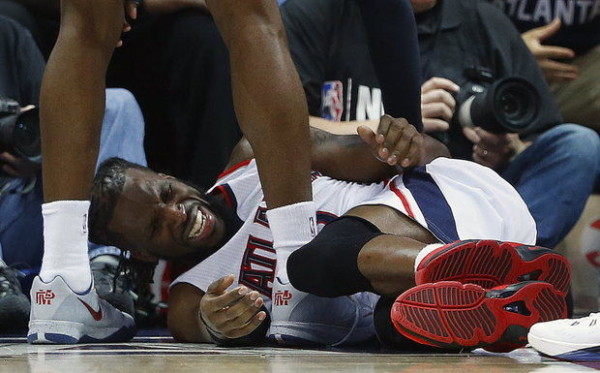 During the Atlanta Hawks 97-89 loss to the Cleveland Cavaliers in Game 1 of the Eastern Conference Finals, forward DeMarre Carroll suffered what appeared at first to be a very serious injury. Carroll hit the ground and immediately began grieving with pain and grabbing at his leg.

Good news for the team today—MRIs and X-Rays on Carroll revealed no structural damage, just a knee sprain. Carroll was assumed out for the playoffs, but in reality he will be a game-time decision for Game 2.

“We’re very hopeful. Sometimes you tend to think it can be the worst,” said Hawks head coach Mike Budenholzer. “Right now everything we’re getting back is positive. We’ll monitor it the next 24 hours and hope for the best. It’s important to us, obviously.”

They better pray to the basketball gods hard, because losing Carroll would be a devastating blow for the Hawks as they enter Game 2 down 1-0. Not only is Carroll the Hawks leading scorer in the 2015 playoffs, he is also the team’s best defender and the only player on the roster up to the challenge of guarding LeBron James. 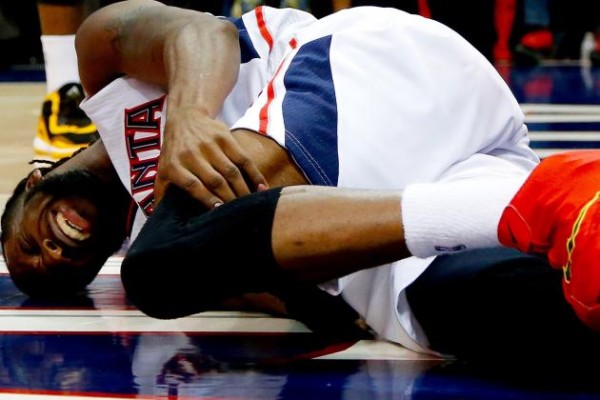 Even with Carroll on the court, the Hawks struggled to stop The King as he came to play in Game 1, finishing with 31 points, eight rebounds, and six assists. Without Carroll, James didn’t even think twice about taking the ball to the basket on Kent Bazemore.

“He’s a very special player,” said Bazemore—Carroll’s backup with Thabo Sefolosha out for the season after the police broke his leg during a rough arrest—when asked about the difficults of guarding LeBron. “Great passer, so the biggest thing is trying to limit everyone else. He’s going to get what he’s going to get. If you can kind of keep everyone else in the bottle, you have a better chance.

What Bazemore is trying to say is that he understands he has no chance against James, so his team better pick up the slack by doing well in their matchups. This may sound silly at first, but it’s the same strategy Gregg Popovich used against LeBron back in the 2007 NBA Finals.

Unfortunately for the Hawks, these Cavs are a lot better than the team from 2007. With all the weapons the Cavs have now, Budenholzer better come up with something a little better than that just in case DeMarre Carroll can’t play for a few days.