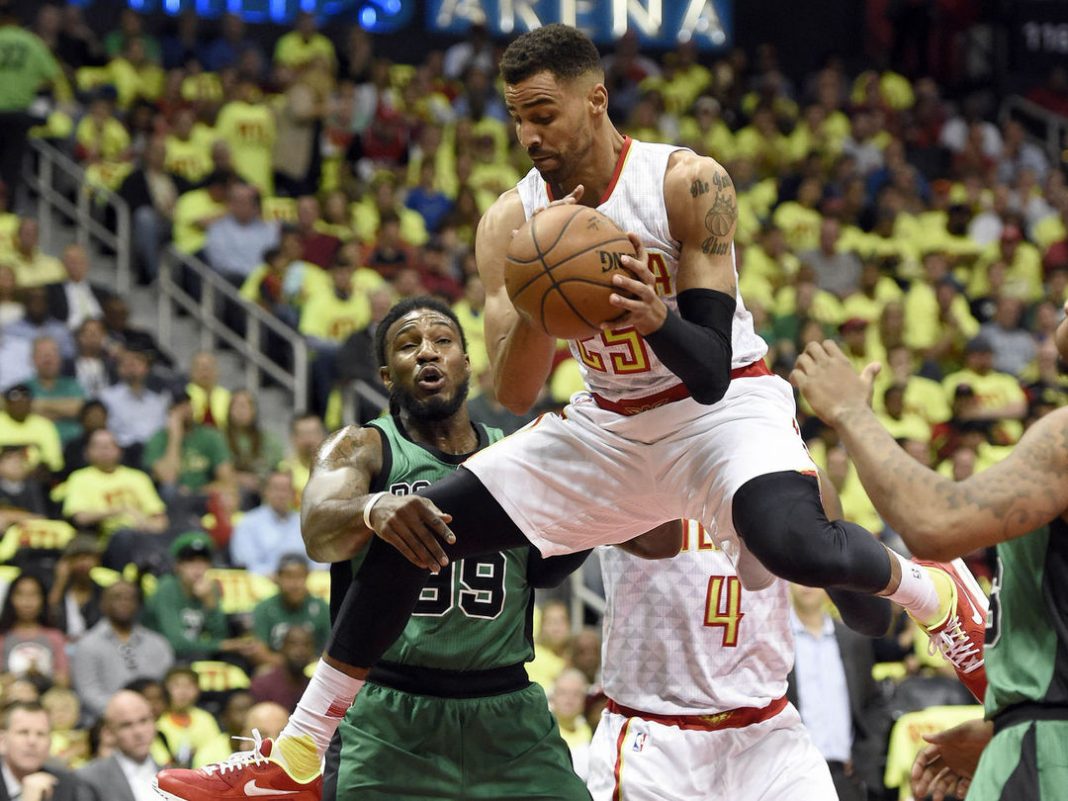 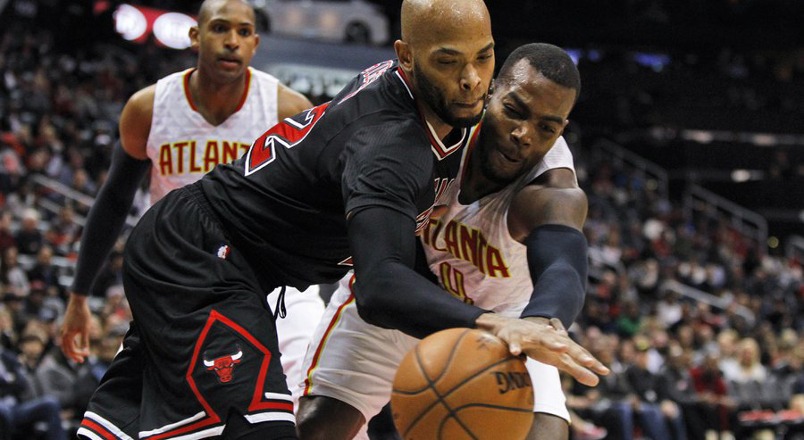 The #4 seeded Hawks defeated the #5 seeded Celtics 102-101 despite the Celtics’ rally from a 19-point deficit. Al Horford and Jeff Teague lead the Hawks with 24 and 23 points, respectively. The #3 seeded Thunder defeated the #6 seeded Mavericks 108-70. The Thunder outscored the Mavericks 26-11 in the first quarter and lead by as much as 44 points at one point in the game.

The Atlanta Hawks just eeked Saturday night’s win over the Boston Celtics by one point. Like Stephen Curry for the Golden State Warriors earlier that day, Jeff Teague kept the Celtics at bay for that one point difference.

When the Atlanta Hawks were staggered by another impressive Boston comeback, they put the ball in Jeff Teague’s hands.

Teague scored 23 points and doled out 12 assists, making sure Atlanta maintained the home-court edge with a 102-101 victory in Game 1 Saturday night after the gritty Celtics rallied from a 19-point deficit. 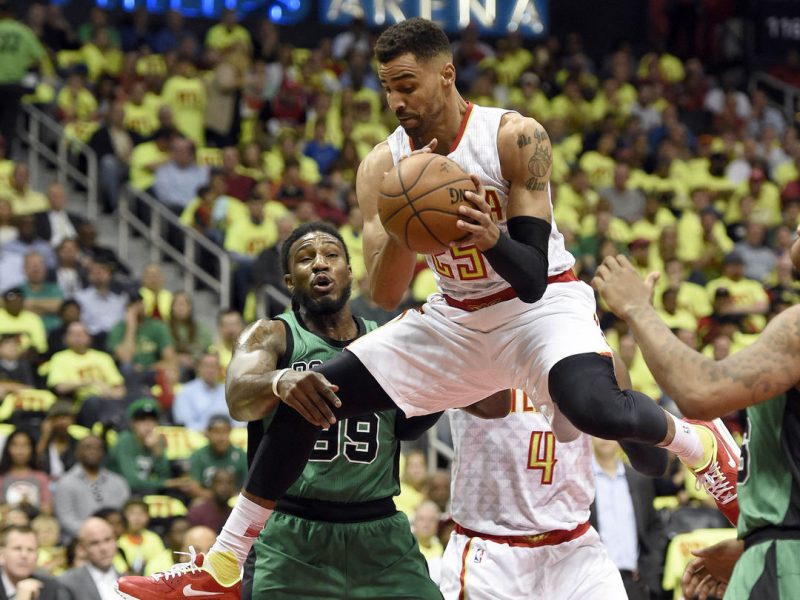 With the game tied at 88, Teague worked the pick-and-roll to set up a layup for Al Horford. The Celtics missed and the Hawks again got the ball to Teague, who found Paul Millsap alone under the basket for a dunk that pushed Atlanta to a 92-88 lead with 2:56 remaining.

Boston took what could be a major blow when Avery Bradley, its best perimeter defender, went down in the fourth quarter with an apparent right hamstring injury.

“He’s very, very sore,” said Celtics coach Brad Stevens, who wasn’t sure how long Bradley might be sidelined. “He said on the court that he heard a pop.”

The injury really opened things up for Teague. The Celtics simply didn’t have anyone who could stay with the slick point guard, and they could face a daunting challenge if Bradley is out for an extended period.

Game 2 in the best-of-seven series is Tuesday night in Atlanta.

In the closing seconds, Jae Crowder gave the Celtics a chance by knocking down a 3-pointer. But Teague, appropriately enough, sealed the win with a couple of free throws that kissed off the front of the rim and dropped through.

Horford scored 24 points and grabbed 12 rebounds for the Hawks, while Kent Bazemore came up big with 23 points.

Isaiah Thomas, after a sluggish start, led the Celtics with 27 points, including a long 3-pointer with 0.4 seconds left that at least created a bit of suspense. The Hawks called timeout and managed to get away an inbounds pass that finally ended it.

The Celtics had rallied from a 24-point halftime deficit in the regular-season finale against Miami, coming back for a 98-88 victory that wasn’t enough to pull out the home-court advantage in the first round.

They almost claimed it anyway on their first night in Atlanta, shaking off another dismal showing in the first half: 12 of 52 shooting (23 percent) and a mere 2 of 16 beyond the arc.

“We can’t put ourselves in that big of a hole,” Thomas said. “It just takes so much energy and so much time to get back in the game.”

Atlanta led 51-34 at the break, holding Thomas to six points with a combined defensive effort that included Teague, his backup Dennis Schroder, and even 6-foot-7 Thabo Sefolosha, who is nearly a foot taller than the diminutive point guard.

But Thomas and the Celtics turned the tide in the third quarter. The comeback was complete when Marcus Smart made a 3 from the corner to tie the game at 80 with 7:22 remaining. Then, after the Hawks missed again, Crowder swished another 3 from the opposite side of the court to put the Celtics ahead for the first time all night, 83-80.

“We just made one or two more plays down the stretch,” Budenholzer said. “We can’t let up for a second.”

No one appreciates these playoffs more than Sefolosha.

A year ago, after the Hawks had already locked up the top seed in the East, he sustained a season-ending injury during an alleged confrontation with New York City police.

Sefolosha was cleared of any wrongdoing at trial, but he missed out on the Hawks advancing to the conference final.

“A lot of time we take it for granted,” he said. “Last year taught me a lot in that aspect. This is a great chance.”

Celtics: Smart sustained a sprained left index finger in the first half but was able to keep going. He finished with 15 points. … Bradley scored 18 points before leaving. … Stevens picked up a technical late in the third quarter for griping about a call. It didn’t hurt, as Tim Hardaway Jr. missed the free throw for Atlanta. … Crowder had 14 points and 10 rebounds.

Hawks: F Mike Scott was called for a flagrant foul in the second quarter when he threw an elbow trying to fight through a screen set by Smart. The teams briefly exchanged words before the referees stepped in, sending both to their respective benches while they reviewed the call on video replay. … Hardaway was a game-time decision after going out with a strained right groin in the regular-season finale Wednesday. After going through warmups with no problems, he suited up but went scoreless in 8 1/2 minutes. … Kyle Korver was 1-of-10 shooting, missing all seven of his 3-point tries.